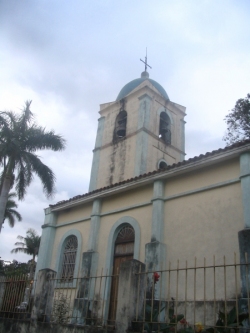 Who would think that cleaning up graffiti and cracking down on jaywalkers could lower crime rates?

This is the main premise of the broken-windows theory, which posits that a cleaner, more orderly neighborhood is less likely to attract criminals. On the flip side, a neighborhood with broken windows, litter, and graffiti creates an atmosphere of lawlessness and invites crime.

In the 1990s, New York’s police chief Bill Bratton put this theory into practice with a zero-tolerance policy, strongly enforcing the law on petty crimes. During his tenure, the crime rate in New York City dropped significantly. I interviewed Chief Bratton in the late 1990s when I was a young cub reporter. I know some critics have dismissed the broken-windows theory and attributed the decline in crime rates to other factors, but I’ve always thought there was merit to the idea. And I’ll always remember his passion for finding long-term solutions instead of reactive band aids.

Regardless of its worth in crime fighting, I think there are some applicable lessons for churches, particularly when it comes to the upkeep of our facilities.

Many Episcopal churches struggle with aging buildings and associated costs, from heating and cooling cavernous worship spaces to updating restrooms and fellowship halls for accessibility. Putting the concept of broken-windows theory into practice, this blog isn’t about the major issues of maintenance but rather the small, easy-to-fix items.

First, get rid of the cobwebs. The next time you enter church, look up. See if the corners of the entryway are clean or if Charlotte the spider has taken charge, spinning in the web: “Some church.” Then look down. Do cigarette butts litter the sidewalk? Are weeds in the cracks of the pavement? Has the wind blown trash from the pizza parlor onto the front steps?

This is your church’s first impression. Make it a good one.

When you move inside, is the foyer neat and tidy? Is a visitor first accosted by a large bulletin board with members-only nametags? Is it easy to find and pick up a pamphlet about the congregation?

Make your way through each area of the church. Cast a critical eye (you might even ask a non-member friend to join you to have an outsider’s perspective). Move into the pews, visit the restroom, and walk through the fellowship hall.

At each place, evaluate your church’s equivalent of the broken window. Fix the problems and establish guidelines for maintenance and upkeep.

Maybe we can put a new spin on the old theory: that creating clean, hospitable environment will attract visitors and encourage newcomers. If it works, we might just have to rename the theory. One suggestion: the broken (stained glass) windows.