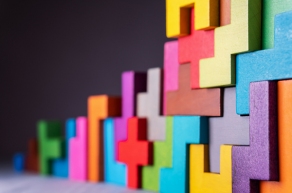 Many of today’s church leaders grew up playing Tetris. (Or, perhaps, watching their children play Tetris!) Tomorrow’s church leaders will have grown up playing Minecraft. Henry Timms and Jeremy Heimans suggest that the difference is more significant than it may seem because it reveals an important difference in how older and younger generations understand power.

“[In Tetris,] our role as players was very limited. Someone else had set the rules [and] we all played a version of the same game…Minecraft is an open world. It is up to players everywhere to decide what they want to create, and then they build them together, collaboratively from the ground up. There are no real rules to Minecraft…Everything there has been co-created by players of the game.” 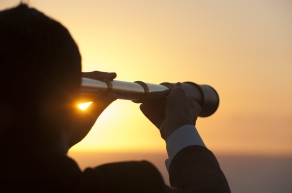 A regionally famous billboard along I-65 near Prattville, Alabama reads: “Go to church or the Devil will get you.”

Did a shudder just run down your spine? Mine too.

The billboard makes no mention of God or faith, of selflessness or devotion. Salvation is sold for the price of attendance. It calls to mind the famous words of Johan Tetzel that so troubled Martin Luther in the days before the Reformation: “As soon as a coin in the [church’s] coffer rings, the soul from purgatory springs.” While this billboard’s message feels too transactional for my taste, there are transactional elements to the relationship of the church and its people. People come to church looking for something and the leaders of sustainable churches need to know what that is. 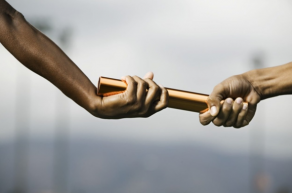 As anyone who has been around during a transition to a new pastor or judicatory leader knows, looking for a new leader can be a lengthy and expensive process. So many things to be done and processes to go through. Surveying members, interviewing current and past clergy and lay leaders to gain an understanding of corporate history, holding listening sessions, working with consultants, developing a profile, and more. All these things and more may be part of your discernment process. Juggling all of them can feel overwhelming at times.

All these things may be necessary parts to finding a new leader.
But they may not be sufficient. 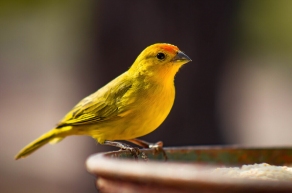 Recently, the Rt. Reverend Shannon MacVean-Brown, Bishop of Vermont, reported that the diocese was heading toward a “financial cliff” and that budget cuts alone would not prevent the fall. In her July 21 message, MacVean-Brown also announced a new task force that will consider long-term strategies for sustaining congregations and ministries, including the possibility of greater collaboration and resource sharing with the dioceses of New Hampshire and Maine.

The Diocese of Vermont is one of the smallest in the Episcopal Church with 5,700 baptized members in 2019, 10 full-time clergy, and 45 congregations with all but three reporting an Average Sunday Attendance (ASA) of less than 100. Like the rest of the Church, Vermont has experienced membership and ASA declines from 2014 to 2019, but unlike the other New England dioceses, also had a pledge and plate income drop of 3 to 7% in those five years. And Vermont is not alone. I would wager that there are dozens of other Episcopal dioceses facing the same fate but are unable or unwilling to admit it. 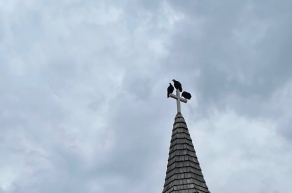 We do not know the history of the shack. It was already well worn in 2011, when the Church of the Advocate became the stewards of the site on which it stands. It has a doorstep and windows, so it is not a shed. It was likely inhabited by a humans along the way, probably sharecroppers, back when the church site was part of a farm. The steps are cement and the nails are made by machine and not by human hands. So it likely does not date to before the 20 century.

I don’t know when we started to notice the vultures. First there was one, then, on occasion, two. It was in 2017, when the Godly Play kids went exploring with their teacher that we started making the connection between the shack and the vultures. As the kids got close to the shack, they heard the vulture rustling about inside, then out she flew, catalyzing cries of fright and delight. The shack had clearly become the vulture’s den.

This month we offer five resources on sharing your harvest with your community. Please share this digest with new members of your vestry and extend an invitation to subscribe to ECF Vital Practices to receive Vestry Papers, blogs, and the monthly digest. 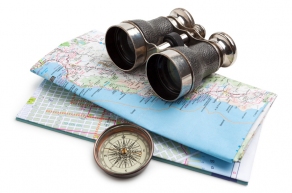 “What’s going on in the news?” my father asked a shopkeeper on a beautiful summer’s day in my childhood. “Well,” the shopkeeper replied, “not much aside from the hurricane that’s going to hit us tomorrow.”

There was no sarcasm in the shopkeeper’s response. We were staying on a rural island off the coast of Maine in the days before internet and cable news. It was easy to become disconnected. In fact, disconnection was part of the attraction to island life. We received our news through the original social network: Neighbors telling neighbors what they needed to know.

I returned to that same island this summer as part of my sabbatical in the hope of finding another weather report – this time for the church.