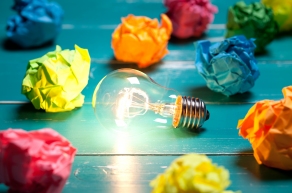 We have all encountered peculiar churches. In fact, we have been seeing a lot of them lately and we need to see more.

The two churches that were featured in the state funeral of Queen Elizabeth II, Westminster Abbey in London and St. George’s Chapel at Windsor, are literally peculiar - royal peculiars. They have been carved out of the jurisdiction of their local diocesan bishops and placed under the direct authority of the sovereign, who oversees them in her or his capacity as the supreme governor of the Church of England.

How delightfully British. Or is it?

You may be surprised to learn that we have at least one peculiar here in the United States, albeit not a royal one. On the first floor of the Episcopal Church Center in New York City, our Presiding Bishop’s headquarters, you will find the Chapel of Christ the Lord. In its sacristy hangs two certificates from 1963 that serve to carve that little chapel out of the Diocese of New York and transfer it to the direct authority of the Presiding Bishop. 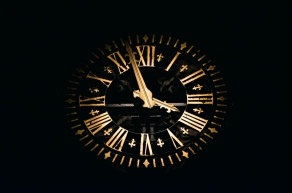 I remember, before we had digital clocks, when our kids had to learn how to tell time. It was challenging at first, but soon they began to catch on. Then we could give them a watch and say, “Come home for dinner when the big hand is at the 12 and the little hand is at the 6.”

Those days are gone for good. Now we all have phones which display the time whenever we touch the screen. Wrist watches talk to us and preview our text messages and display video clips. But even with all this technology, do we really know what time it is?

I don’t mean confirming the exact hour and minute, but recognizing a turning point that really matters, in God’s time. When the Apostle Paul told us, “It is now the moment for you to wake from sleep,” he wasn’t foretelling what alarm clocks would do someday. “The night is far gone,” he wrote, “the day is near.” He meant that a new era is dawning, and we need to meet it with our eyes open. (Romans 13:11)