You Can Do It – Succeeding by Failing Faithfully

This webinar explores the ways in which Episcopal identity can be honed on the forge of missional ministry. Just over four years ago, Bob Leopold was fool-hardy enough to wonder if emerging missional ministry was possible in the Episcopal Church. The team that began Southside Abbey decided to become a church for the 80% of those on Chattanooga, TN’s Southside unconcerned about worship on Sunday morning (according to a recent study). For the first year, we lived into what we thought was our call, attracting many young Southside families. However, by the second year, the poor had begun to show up in multitudes. As the young families began to flee, Southside Abbey had the difficult decision to make: chase those we thought we were called to serve or be faithful to those the Holy Spirit was bringing us. We chose to “fail” in terms of our original goals, but fail faithfully by following Jesus. Now Southside Abbey is a church with those living in cars, camps, or motels on the Chattanooga's Southside.

In his work with ECF Fellowship Partners Program, Bob has collaborated with upwards of two dozen new missional-focused ministries, each engaging their communities in ways unique to their context. Common to each of these ministries, however, is change that happens mid-stream, when they realize that the Holy Spirit is doing something different than what they thought She would be doing.

Throughout this work, Bob's refrain has been: “You can do it too. If we are people of the resurrection, the only way we can really fail is to be unfaithful.”

This webinar is crafted for leaders devoted to discerning the work of the Holy Spirit in their context and wondering how they might get on board. Bob has experience with missional communities of all description, from overtly emergent expressions to traditionally structured parishes. Anyone interested in dreaming about what God is doing is encouraged to participate in this webinar. 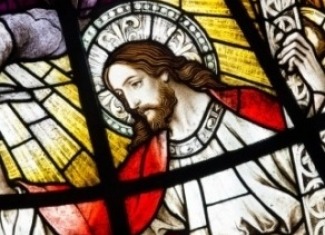