As we begin a new year, perhaps you are trying to decide, once again, what resolutions might bring you health and peace. One goal might be to close the planning gap. Or, put another way, this may be the year to finally address end of life issues for you and your family.

I would like to call your attention to page 445 of the Book of Common Prayer and to what some have called the Planned Giving Rubric that concludes the section “Thanksgiving for a Child:”

“The Minister of the Congregation is directed to instruct the people, from time to time, about the duty of Christian parents to make prudent provision for the well-being of their families, and of all persons to make wills, while they are in health, arranging for the disposal of their temporal goods, not neglecting, if they are able, to leave bequests for religious and charitable uses.”

I believe that this is a call to intentionality; it is not necessarily a fund-raising plea. Surely, wonderful gifts to the church or other not-for-profit organizations can flow from this emphasis. But first, there must be a plan. My work in planned giving is rooted in my personal experience with planning and the lack of planning about the end of life. I want to share part of my story with you.

About sixteen years ago, just as we arrived at our vacation destination, our summer was shattered by the phone call bringing the news that my brother, Jack, had died suddenly of an apparent heart attack at age 56. He was single and lived in Connecticut where he was a member of an Episcopal Church. It became my “job” to notify family members and pull together a funeral service.

The clergy of Jack’s church were enormously helpful as we planned the scripture readings, psalms, and hymns to be included in the service. But, I found it particularly distressing to be in the position of planning my brother’s funeral without a clue as to what he would actually want. Like too many people in their mid-fifties, none of us had made funeral plans. At one point in the chaos, I turned to my wife and said, “If you want to know what sort of funeral I would like, here it is!” The realization that it was more my funeral than Jack’s still bothers me. Everyone seemed to think it was a lovely service. I certainly did.

It turned out that my brother did not have a will. Nobody in our family was surprised that he, the creative, freelance writer, had not spent a moment on estate planning, let alone funeral planning. I ended up as the administrator of his intestate estate, dealing with on-going royalty checks, tax payments, etc., etc. It took several months to settle all of his affairs…. and life went on.

One year later, my 90-year-old Aunt Louisa died of a massive stroke. She lived in a retirement community in North Carolina and was a member of an Episcopal Church there. She had a will naming me as the executor and I was given clear instructions. For example, somewhere on every item of value in her apartment was a “post-it” directing that item to one of her many nephews, nieces, or godchildren. Some even had names crossed out in favor of new designees.

But first came the funeral. The rector of her church told me that, over the years, he had enjoyed many conversations with my aunt, including a discussion of her funeral wishes. Even the version of the scripture was specified. For example, he had been asked to read the King James Version of the Gospel of John (14:2), “In my father’s house are many mansions.” This was neither a “dwelling places” nor “rooms” kind of lady; mansions were much more appropriate. This distinction became part of the homily.

Certainly there is a different kind of grief that attends the death of a vigorous 56 year old as opposed to the death of a frail 90 year old who has lived a rich, full life. But for me, who had a special place in both “impact zones,” the latter was much, much easier - because I knew what to do.

For the past decade I have consulted with congregations and groups in the area of planned giving. When talking about end of life issues, I often refer people to the Episcopal Church Foundation’s booklet Planning for the End of Life. This resource contains information about medical directives, funeral service planning and a guide to preparing to write your will.

There does not need to be a planning gap at the time of your death to add to your family’s grief and stress. It is a profound gift to your family to leave them with a clear understanding of your wishes. 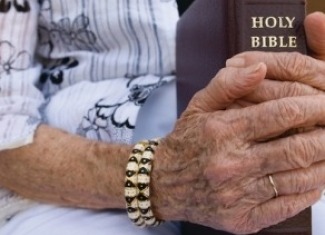