'The Lord Broke Through'

Nearly forty years ago, I took my shiny new seminary degree to a county seat in eastern West Virginia. I served there as vicar of a small Episcopal congregation and soon bumped into some things I hadn’t learned in seminary.

Although as vicar I could have given permission for Head Start to meet in the house, I thought it prudent to gain vestry support. The vestry discussed the proposal for two and a half hours. Arguments on both sides were presented: The building would be abused. It would be unavailable for church use during the week. We would have no control over what went on in our facilities.On the other hand, children were in need and we had a facility that could help them.

We could evict Head Start if things didn’t work out. We knew many of the people involved and trusted them. All twelve vestry members were present that night. Around and around we went. People began to repeat themselves and stopped listening. Positions hardened. As the evening wore on, I realized that if a vote were taken, it would be split evenly, six for and six against. What would I do then?

A wise and respected older member of the vestry had been diagnosed with terminal cancer and had almost missed the meeting due to her illness. I had seen her grow visibly exhausted as the evening progressed. Finally, she said, “Why don’t we pray?”

Praying had not occurred to me
A moment of awkward silence followed. Praying had not occurred to me, for I had been too busy defending my position. No one felt comfortable opposing prayer, but I expect I wasn’t the only one who didn’t have much confidence in it just then. But we went around and around the table, each person asking for guidance, awkwardly and hesitantly in most cases. When the last one had prayed, someone said, “I think we can vote now.” I wasn’t sure about that, but everyone wanted to go home, so we proceeded to vote. The Head Start program was invited to meet in the church’s house. The vote was eleven to one, and the one dissenter stormed out of the room and said he’d never return. He had been the largest contributor to the church’s operating budget, but the other eleven said they weren’t going to worry about it, and the following fall, pledges were up, even without that man’s participation.

Despite what I learned that night, in later years I rarely suggested prayer to the vestries of the congregations I served. I felt that if I’d done so, I’d have been written off as a head-in-the-clouds idealist not to be taken seriously. Apart from a brief, formal opening invocation, vestry meetings typically consisted of hassles over money, property, and church politics during which no one gave a thought to praying.

Only in my last parish did prayer become part of the vestry agenda. That was also — and I think this is no coincidence — the parish where the vestry focused on mission and ministry rather than arguing.

We used the Psalms as a way to enter into prayer. At the beginning of each vestry meeting, we read a psalm or portion of a psalm, slowly, pausing a beat between verses. We then spent four minutes in silence as we each selected a word, phrase, or sentence from the psalm which spoke to us. Then each commented briefly on why those words had stood out for us and where we connected with them, either personally or as a parish or in the wider world. This not only focused the vestry on spiritual realities, but also gave each person a means to disengage from the concerns of the day and focus on what God wanted us to be and do together. We then prayed briefly and extemporaneously for one another, the parish, the wider church, and the world. After that, budgets, programs, and disagreements were handled amicably and without rancor.

Why did I so often neglect in later years the lesson I had learned in that little church in West Virginia? Why was I so skittish about praying with my vestry? Block-headedness, probably. But the Lord finally did break through to me, and by the end of my years in parish ministry, I often experienced vestry meetings as a blessing. 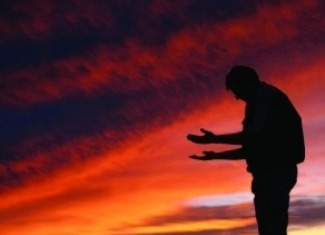