Imagine a congregation where the priest isn’t the only one making pastoral calls. Its vestry members train laity to weekly visit and encourage sick and shut-in members. And while clergy distribute Eucharist on Sunday mornings, the senior warden extends another kind of communion, holy oil in hand, offering healing prayers upon request.

Fading is the stereotype of church as business-as-usual, vestry as board-of-directors, and communities of “frozen chosen” relying on a book rather than the Spirit if asked to pray aloud. Emerging is a whole-person model of engagement leading to individual and corporate transformation.

Increasingly, vestries and congregations are embracing the reality that nothing in church canons prevents laity from assuming major roles in a congregation’s pastoral and spiritual life.

What has ushered in the change? For the Rev. Peter Rood, rector of Church of the Holy Nativity near Los Angeles, discernment was key.

Introducing the African Bible Study method during vestry meetings — where a portion of Scripture is read three times, in three different voices and biblical translations, each time accompanied by a question focused on discerning God’s will, individually and corporately — began a shift to a more balanced focus.

Eventually, the changes sparked collective passions and inspired individual quests which in turn fueled transformation. “When you focus on what the Spirit is asking us to do, it completely transforms the meeting and has transformed the vestry,” he says.

A third of the vestry’s members have joined a parish contemplative prayer group; others are involved in an environmental sustainability support group.

Christine Budzowski, a vestry member at Holy Nativity, said faith became real for her via the environmental group. And it also led her to actively engage the church’s neighbors and surrounding community because “it became a non-threatening way to bring people who aren’t familiar with us into the church.”

Pastoral care, on the other hand, was the road into a new experience for Catherine Day, a long-time parishioner and vestry member of St. George’s Church in Laguna Hills, California. She is regularly in touch with bereaved families and those recently released from the hospital, arranging meals for them; she also trains and supervises the congregation’s Stephen Ministers, a ministry of presence to those facing life transitions and difficulties.

“[The pastoral caring and the vestry work] all seemed to work together; I can understand both sides of it. I can be on the vestry and understand where the holes are, what the needs are. The times we just focused on money seemed to take the heart out of the congregation.”

For Maria Gouyd, 65, senior warden at St. Michael’s Church in Riverside, California, offering healing prayer through the Order of St. Luke ministry every Sunday during communion sends a message that “this is a place where everyone is concerned about other people and their well-being, something more than just a place to come to on Sunday.”

Her prayer ministry has also deepened her own spirituality. “Initially, verbal prayer felt very difficult,” she recalled. “So when I went up to the communion rail myself, I’d pray for God to speak through me for whatever the person needed.”

Now, even children in the community get involved: “The kids come back and ask for prayers for their pets and one fifth grader asked for prayers for a good week. Another, in the third grade, comes and touches the people as we pray for them. It’s taught them to recognize the power and importance of prayer.”

For Ruth Record, also a St. Michael’s vestry member, stepping up to help one homeless person three years ago led to a full-time outreach to the homeless, CAYA — Come as You Are. It now feeds as many as 250 area homeless each week, in addition to offering Bible study. “

God said ‘feed my sheep’ and that’s what we’re doing, and we don’t cram the Bible down anybody’s throat,” Record added.

Discernment is key for the mother of three who said more than anything, she was willing to follow the Spirit’s nudgings. “We just have to do what God has called us to do. You can’t master anything until you become a servant. It’s transformed our entire community.”

The goal is balance — and as author Edwin Friedman (A Failure of Nerve: Leadership in the Age of the Quick Fix) says, “healing and a striving toward wholeness.”

Each vestry and congregation will find its own way. The important aspect is to seek and discern and to enjoy.

The Rev. Pat McCaughan is associate for parish life at St. George’s Church in Laguna Hills, California. She also serves as senior correspondent for the Diocese of Los Angeles and the Episcopal News Service. 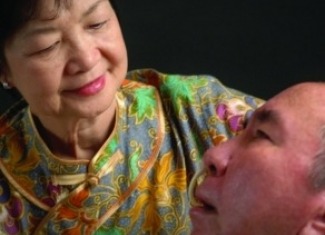