It used to be just a myth: Do something for someone else and you’ll have less time to think about your own problems. A myth no longer, evidence from a survey of church leaders in Minnesota points to the following truth: Episcopalians who engage in mission practices are much more hopeful about the state of the church, more likely to know their spiritual gifts and to use them, and more confident in proclaiming the good news of God in Christ.

“It’s the finding that trumps almost all the others,” says Ron Mattross, a University of Minnesota researcher who helped design and analyze the survey as part of a new mission strategy process in the Diocese.

Is the outreach some faraway project in a war-torn nation? Sometimes. But more common are simple ministries such as visiting the sick and serving the poor, say those surveyed.

“We just feel blessed”
And perhaps it is the simplicity of such efforts that inspires both an optimism and vitality, whether the effort comes from a large parish or a small one, urban or rural or suburban.
Pat Stout, the treasurer of Emmanuel Episcopal Church in Shawnee, Oklahoma, is one of about five parishioners who is deeply involved in outreach. When interviewed, she was preparing for a regular breakfast at the church — to which 92 people came the last time — that supports Project SAVE, a program for abused women and children.

The group also sponsors a Ugandan postgraduate student in his studies overseas. Why the effort? “We just feel blessed ourselves and we want to give back.”
Outreach is essential to the faith
The same kind of determination exists at many Episcopal congregations, including Grace Cathedral in San Francisco. “Outreach is essential to the living out of our faith,” says Will Scott, associate pastor. “We are constantly inviting people to be formed as Christians through outreach, knowing that in the sending out we find our identity and do the work God has given us to do.”

Widely known for its extensive mission practices, Grace opens its doors with other area churches for the homeless; staffs local organizations with volunteers, sponsors a “stitching ministry” and a “night ministry” in which clergy and laity go out to serve the homeless, and prepares meals for those who have little. “The greatest part of that is cooking and chopping vegetables,” says Smith, “and sitting down and having a meal together.” That sense of community seems to be integral to outreach efforts across the church — whether it be a youth mission trip, wrapping gifts for the poor at Christmas or collecting money to dig a new well in sub-Saharan Africa. And yes, whatever the project, there often seems to be a common denominator: fun. 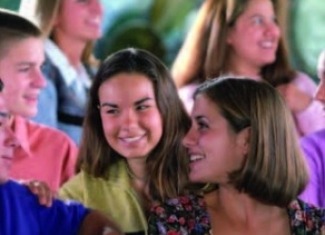