May 2011
Caring for Each Other

So You Think You Don’t Know One…

Father K was called to his new ministry as rector of St M's. During his first few weeks, he bumped into a "wall" of secrecy about financial issues in the congregation and learned that the Search Committee had not been entirely open with him about past financial matters.

As he continued to minister with this congregation, he heard vague reports of other surprising and delicate historical issues regarding a previous rector. It seemed to him that this congregation held many secrets about their past. Finally, someone told him that this previous rector was mysteriously and suddenly assigned to a small mission congregation in a remote region of the diocese. As people began to open up to their new rector, he learned more about the previous rector's behavior patterns. People whispered about "a drinking problem." Fr. K was at a loss about what to do to help the congregation move forward, to break the culture of secrecy and begin to heal.

Many congregations promote health and recovery for people affected by addiction or the addiction of a loved one. Clear vision, appropriately open communication, and participation in community-wide programs of prevention and recovery (for example, educational events, 12-step programs, support groups, early-intervention programs) are common in such congregations. Usually the bulletin boards, tract racks, prayers of intercession, and weekly calendars of these congregations reflect a firm compassion and hopeful tone about addiction and recovery.

Unfortunately, the opposite kind of congregational culture is also evident in communities of faith. Through shaming or denial or gossiping, the issue of addiction is pushed out of sight. Significant energy may be spent in keeping secrets, both about present and historical realities. Often, these congregations of denial/shame are carrying secrets about addiction in a prominent congregants’ family, a church employee, or a member of the clergy or clergy family. Sometimes, the fact of addiction may itself not historically be verifiable, but the impact of addiction is unmistakable.

As a family system, a congregation will carry within its core identity (its DNA, if you will) tenacious patterns of denial, abuse of power, secrecy, and dysfunctional communication. These patterns are comparable to those of the “codependent family” of an addict. Some of these patterns and symptoms are:

In times of congregational anxiety (transition in leadership, financial difficulties, building programs, tensions within the community, denominational controversy, exposures of financial malfeasance), patterns of codependent behavior that may have lain dormant can be re-kindled with surprising intensity. These moments of anxiety present fertile opportunities for congregations to reflect courageously on the quality of their life together. Indeed, these moments of anxiety are times when change is especially possible. When life is in flux, when things that were are no more, when current patterns cannot be sustained, new life is made possible.

What does this new life look like? Once again, drawing on the wisdom of addiction recovery, new life depends on:

Congregations CAN change and grow in health, joy, and fruitfulness. Just as addicts can become sober and clean, congregations can find health and wholeness in the bold determination to be ever more whole, as they accept the truth, turn to new practices and adopt new ways of living together. 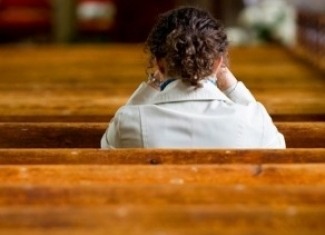