Green Shoots from the Stump

In the first of a two-part series, the Rev. Brent Owens writes that when you're down, you're not out. Next month's installment will focus on event evangelism, community focus and growth.

It would have been easy for St. Alban’s to die. In 2003, the rector left the Episcopal Church over theological disagreements. He took more than 200 of the 300 or so congregation members with him to set up their own Anglican enterprise elsewhere. In his last service, the departing rector led a “burial liturgy” and declared the Episcopal Church dead. Smelling blood in the water, the local media made a spectacle of the split. It was even reported in Time Magazine. Such widespread bad publicity was hard to take, especially in the small, rural town of Monroe, Georgia. Many who didn’t go with the rector left because they were tired of the fighting and the publicity. But the 40 or 50 members who remained at St. Alban’s were determined that their Church would survive, even though some months it wasn’t certain they could pay the bills.

The small congregation decided to forego a formal rector search process, so they called the priest-in-charge to be their rector. Things seemed to be looking up. But then it was discovered the priest-in-charge had to be removed because of misconduct and disciplined by the Bishop. Things were not looking good for St. Alban’s.

A formal search for a new Rector was begun, but it ended a year later when all of the final candidates withdrew. After the failed rector search, St. Alban’s started a new, streamlined search process. This is where my story and the story of St. Alban’s converge. After seminary I was called to be an associate priest at a large Episcopal church in Scottsdale, Arizona. But after three years, I felt called to be a rector. One of my former seminary classmates told me about St. Alban’s and said he felt the Church had a lot of potential.

What I found in my interviews and visits to St. Alban’s was a truly dedicated group who refused to let these destructive incidents rob them of their Church. The members rolled up their sleeves, learned everything they could about best practices, church finances, and ministry. They kept the doors open. I accepted the call to be the rector of St. Alban’s and started in June 2008 even though it was questionable whether the finances would support a full time Rector.

Innovation and creativity became essential for St. Alban’s particularly in finances and stewardship. The Church was saddled with a large mortgage as a result of a major expansion prior to the split. This high interest commercial mortgage was creatively refinanced with the help of the Diocesan Foundation through a low, fixed rate mortgage with minimal closing costs. St. Alban’s undertook the “greening” of the Church buildings, led by a lay “Creation Keeper,” by making significant energy improvements with help and matching grants from Georgia Interfaith Power and Light (www.gipl.com), as well as generous donations and hard work from parishioners. This resulted in a 49% reduction in our electricity and gas bills as compared to five years before. Because of this work, St. Alban’s was 1 of 5 U.S. churches to receive an Energy Star Award from the Environmental Protection Agency.

There hadn’t been a formal stewardship program at St. Alban’s for several years. I had a good experience in Arizona with the stewardship program New Consecration Sunday by Herb Miller. As a result of this program and a theological focus on giving back to God what God has given to us, pledges have increased 30% over three years.

One of St. Alban’s more innovative fund raising efforts is “Alban’s Oil,” which resulted from giving a catalogue from a well-known church supply company to Wilbur, one of our lay Eucharistic ministers, who was looking for a new cassock. Several days later Wilber, who is in the petro-chemical business, asked me, “Why is the Church paying so much for candle oil?” He saw candle oil being sold through the catalogue and knew that the actual cost of the oil was many times less than what we were being charged. Through Wilber’s connections, St. Alban’s began to buy candle oil directly from the refinery for far less. Then Wilber came up with the idea of selling the candle oil to other churches. The price we charge is much less than the church supply companies, but it still provides a small profit for St. Alban’s mission and outreach ministries. As a result, Alban’s Oil was born. We now sell Alban’s Oil through our new website.

This is only part of the story though. Through faith in hard times and by following the lead of the Holy Spirit, the people of St. Alban’s have kept their Church from dying which in turn has produced bright green shoots of ministry growing in many directions.

The Rev. Brent Owens is the rector of St. Alban’s Episcopal Church in Monroe, Georgia. 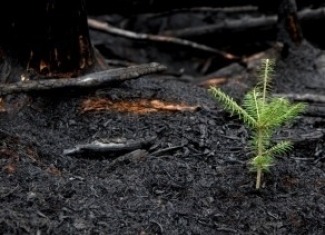