The Future or the Now

For over 135 years the main leadership of the Diocese of Puerto Rico has demonstrated its capacity to carry forward the task of taking this diocese from being financially dependant to becoming responsible for its own financial needs. Our diocese owns one of Puerto Rico’s largest health systems Sevicios de Salud Episcopales, also known as Grupo San Lucas, the second largest nonprofit employer in Puerto Rico and one of the top 20 employers with over 4,400 employees and 17 medical facilities.

Under the leadership of Bishop David A. Alvarez, Grupo San Lucas became a source of self-generated income for the work and development of our diocese. All health system institutions have governing boards with active Episcopalians participating in their development and work. This brought the diocesan budget from $400,000 in 1978 to $2.6 million in 2011. Among other things, this increase has enabled all full time active clergy to participate in the Church Pension Fund benefit, increased clergy stipends and benefits, and allowed for the purchase of property for new congregations and matching UTO grants for church building projects.

On the other hand, we have also realized that our congregations need to become more aware of the importance of increasing their local financial support and decreasing dependency on financial aid from the diocesan budget. We have 50 congregations: only five are parishes, the others are aided-parishes and missions whose financial capacity does not allow them to cover 100% of their financial needs. After three years of auditing, face-to-face talks, and congregational performance presentations, it is our understanding that many of our lay people needed a clearer sense of the responsibilities assumed when they agree to be part of the congregation’s vestry.

It is fair to say that those depending on diocesan budget do have some level of financial responsibility to provide for their own support and are constantly incrementing their share. However, to avoid a potential and real threat of diocesan dependency it is important to continue education which emphasizes the importance of having a strategic plan to, at least, begin a process to attain financial independence.

If we want to be a Church for the Future, then we have to assess the Now and determine the best course to follow. We should never stop being a missionary church, our current mindset, if we want to serve others. But we need to start challenging ourselves. We need to reach out to our greatest resource, our lay people, to call on them to be more active, assertive, passionate, loving, merciful, and proud of who they are and what they can accomplish. They need to be aware that to continue congregational financial dependency on the diocesan budget will, sooner or later, “dry out the well”.

In March, we completed the second of two workshops called “Taller Para Juntas Parroquiales” (Vestry Workshop) where the attendance was mainly lay leaders, potential leaders and members of vestries. The workshop was based in part on “The Vestry Resource Guide,” a publication of the Episcopal Church Foundation (ECF), and presented with the support of ECF staff. Our main purpose was to provide a comprehensive picture of what a vestry is, what its responsibilities are, and what is expected of those who agree to serve on it. But we also went beyond the basic responsibilities in discussing congregational leadership.

The majority of those attending were grateful for the information provided. The parts that generated the most interest were “Shared Responsibilities of Vestries and Clergy” and “Transformational Lay Leadership.” I believe that confirms the interest of our lay people to be active partners in laying the foundation for the future of our diocese. The future awaits us; the now needs all of us, clergy and lay people, to be alive, to be active, and to be Christians.

I wish I could tell each congregation what to do in order to reach an independent financial status. It would be a walk in the park if something as simple as opening a school, starting a micro enterprise, or initiating a capital investment could solve your financial problems. It’s more than that.

On a live webcast last year, someone asked the presiding bishop, what would you say to small congregations that are in difficulty and desperate for more members? The presiding bishop said, “First I have to ask: is your purpose to simply add more members or is your purpose to be a congregation that serves its community?” She continued saying: “The answer to this question will show how you see the life of this congregation. Congregations who think the solution to their problems is to have more people in the pews to be able to pay theirs dues are probably not serving their communities well.

“When you look at your surrounding community and find young people coming from schools to empty homes and then you find something that responds to that situation, something that fills that void for those students, you are on your way to serving that community. The majority of congregations will discover that the community learns more about their congregation and frequently will want to participate in that effort and will want to be part of it.” (My apologies if I have misquoted.)

Isn’t that exactly what we did at a diocesan level in the Diocese of Puerto Rico? Are we not serving the community through Episcopal Health Services and Episcopal Social Services? Yes we are. Our health system attends to thousands of people daily. Our social services system has centers to care for children with difficulties up to four years 11 months. Hogar San Miguel is a shelter for children between five and 18 years old who have been removed from their homes and have special conditions.

If it worked at the diocesan level, what’s stopping us from doing it at the congregational level?

I say it again: The Future and The Now need all of us, clergy and lay people, to be alive, to be active, and to be Christians.

The Rev. Canon Juan Angel Monge-Santiago, MBA, MDiv is the Canon for Christian Stewardship and Congregational Development in the Episcopal Diocese of Puerto Rico. 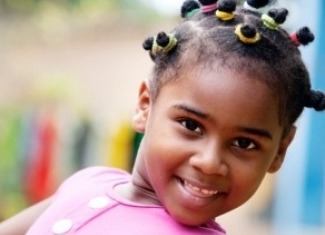