Editor’s note: Our Episcopal congregations in Province 9 as well as our Anglican brothers and sisters in the two-thirds world can offer valuable lessons related to innovative models of financial sustainability and asset based community development. In this article, adapted from an ENS news story published earlier this year, Lynette shares the story of how the Episcopal Church in Honduras models both service and self-sufficiency through entrepreneurial leadership.

In a sewing factory in San Pedro Sula men and women infected with HIV/AIDS sew T-shirts, tote bags, school uniforms, and other items for both in country and export sale. In exchange for labor the workers receive a fair wage -- $250 a month (the Honduran minimum wage), medical care at a clinic operated by the Episcopal Diocese of Honduras and funded by the factory's profits, and a flexible work schedule that allows workers to keep their medical appointments.

"It [the factory] is a way to keep HIV-positive men and women employed," said Jose Alvarado, the factory's director. "This is a way they can keep their health and work to clothe and feed their children."

Today, Ministerio Episcopal en VIH/Sida (VIYDA)/Siempre unidos – a partnership between the diocese and TCH Manufacturing, a private company, embodies living out the church's mission through entrepreneurial leadership and self-sufficiency – the main theme discussed during the Province IX sustainability conference held earlier this year on the northern coast of Honduras.

More than 75 people attended the conference, aimed at training clergy and lay leaders to carry out strategic planning that will assist in developing resources toward long-term financial self-sustainability.

Even though it is against the law to discriminate against people with HIV/AIDS in Honduras, employers can make it difficult for infected employees to take time off for regular clinic visits, sometimes forcing them to quit, or showing favoritism to non-infected employees by giving them better work assignments. It was this that in 2005 prompted a priest in the diocese to begin the sewing ministry.

"Anything that needs sewing, we can do it," Alvarado said, adding that the hope is to grow from 20 employees to 60 by the end of the year. At present, the workers can sew 8,000 tee shirts and 3,000 bags per month. "We're not looking for donations, we're looking for work.

"It is a beautiful way to incorporate private business with social benefit."

Honduras is the third-largest exporter of tee shirts to the United States. The Central American country is a three-day journey by cargo ship from the United States; companies like Fruit of the Loom, Abercrombie & Fitch, Ralph Lauren, and others have factories here.

Alvarado, who has a background in economics and finance, and previously managed an industrial free trade zone, is a member of St. John's Episcopal Church in Cortez. He came to partner with the diocese on this project by way of his involvement with his daughter's Episcopal School and his relationship with the Rt. Rev. Lloyd Allen, the bishop of Honduras.

The diocese used to subsidize the sewing factory, but not any more, Allen said. The Diocese of Honduras, with 156 churches, the largest in the province, has a revolving fund that provides congregations with $5,000 in seed money to start sustainable businesses.

"We are not just giving free money," Allen said, adding that the only condition he has is that "the project comes from the people."

Each Province IX diocese – Honduras, the host diocese, Puerto Rico, the Dominican Republic, Venezuela, Ecuador Litoral, Central Ecuador and Colombia –was represented at the conference by a five-member team, including bishops, clergy and lay leaders. (Recognizing the role the laity plays in the church, the teams were weighted 60 percent lay representation.) In addition, Cuba, Brazil, Panama, Mexico and Guatemala are represented.

In addition to workshops aimed at strategic planning, entrepreneurial leadership and economic self-sufficiency, the prime bishop and counsel from the Episcopal Church of the Philippines shared their journey to financial independence and autonomy, and the Rt. Rev. Meshack Mabuza, bishop of Swaziland, and the Rt. Rev. David Njovu, bishop of Lusaka in Zambia, from the Anglican Provinces of South and Central Africa, respectively, spoke about successful agriculture, forestry, social and medical service, capital building, and other projects across Africa.

Taking stock
In 2008-09, the bishops said, Trinity Wall Street held consultations across the Anglican Communion in Africa to discuss local opportunities and challenges and to identify specific areas for financial support, engaging in the kind of work Province IX is now beginning.

Finding income-generating projects can be as simple as turning the church parking lot into a pay-to-park lot during the week in busy commercial areas, Mabuza said.

Njovu emphasized the importance of having a well-thought plan, with room for adjustment.
The stories from the Philippines and Africa were inspiring, said the Rev. Patricia Coller, executive vice president and chief ecclesiastical officer of the Church Pension Group.

"Moving from a mindset of dependency to one of recognizing resources available in your own environment and leveraging them in order to not only become financially self-sustainable but also to affect the environment for the church is a real change for many," Coller said. "And yet it is clear that in dioceses across the church it is time to approach the church's mission in a new way."

The start of the conference focused on problems, their causes and analysis, and quickly moved to action, with each diocese sharing its stories and talking about its assets, which reflects the Asset Based Community Development work now taking shape throughout the Episcopal Church.

"The ability to see assets is the gift of ABCD," said the Rev. Christopher Johnson, the Episcopal Church's officer of social and economic justice. "It depends upon relating to other individuals … we don't see assets until everyone gets together and sees what is around them."

"What happening [sic] here, the focus has shifted to the capacity to act … that invites us to see ourselves as empowered people, not people in need," Johnson said.

Lynette Wilson is an editor/staff writer for Episcopal News Service. This story was originally published on ENS on March 4, 2011. 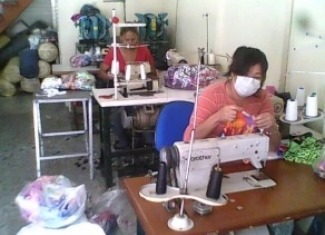