Elephants in the Sanctuary

Conflict. It’s inevitable. It occurs every day, in every facet of our lives. And as anyone who has served on a vestry or in any other leadership position in a parish can attest, congregations are not immune.

The word “conflict” often evokes negative images of bickering, power struggles and infighting. Responding to conflict in unhealthy ways can result in our churches becoming a source of stress and disillusionment rather than solace and peace.

On the other hand, when parish leaders embrace conflict and approach it with the recognition that we are called to a common mission as a Christian community, tremendous opportunities arise for spiritual growth and unification.

Resolving conflict begins with an awareness that people generally respond to it in one or more of the following ways: Avoidance — ignoring it in the hope that it will go away; Force — making others agree to one’s position regardless of the consequences; Accommodation — repeatedly giving in to the other person’s demands; Compromise — both persons give up certain parts of their respective positions; or Problem solving — collaboration and brainstorming options to address the underlying interests of those in conflict.

Trying to completely avoid conflict can often be as harmful as using aggressive means, because wholeness within a community and with God cannot be fully attained by ignoring the elephants in the sanctuary.

If conflict fails to be addressed, resentment and ill will can be created and harbored for many years. Communications conducted in the spirit of love for thy neighbor and speaking the truth in love can result in conflict becoming easier to address and ultimately resolve.

Force, accommodation and compromise can also be less than desirable in resolving conflict in a parish. Force, for the obvious reasons, and accommodation because the person or group doing all the “giving” usually harbors resentment. Compromise often results in a competitive “give and take” negotiation, frustrating creative brainstorming and potentially bringing resentment.

A win-win solution
Day-to-day experiences, rather than “hot button” issues, are often the cause of conflict in parish life, with new buildings and leadership styles leading the charge. A few years ago, for example, my parish faced conflict resulting from rapid growth. Our building became insufficient to meet our expanding needs. Some thought we should build a parish hall while others wanted a classroom wing. Unable to afford both, we were faced with competing priorities.

We resolved the conflict, fortunately, through collaborative problem solving. First, the vestry maintained an ongoing dialogue among its members and with others. Several open forums were held providing parishioners the opportunity to discuss the needs of our growing congregation. By including everyone concerned, and collectively brainstorming options, a creative win-win solution was found.

The original design for the classroom wing was slightly altered, allowing for a parish hall, complete with a kitchen, to be included as one-third of the new building. The change in design allowed for ease of future conversion of that space into additional classrooms. Enthusiasm for the project increased significantly and the gifts received during the capital campaign exceeded our stated goal.

While the collaborative problem solving approach certainly worked as a process for resolving conflict in and of itself, the importance of asking God to be central in our efforts cannot be overstated. Each meeting began and ended with prayer. Every person involved in leadership was asked to give a personal reflection on what our growing parish meant. By sharing ourselves, and by asking the Holy Spirit to be present to lead and guide us, a graceful result was achieved. And through the process, our relationships with each other and with God were greatly enhanced.

Ward Richards is a professional mediator involved in conflict resolution. He serves on the board of the Episcopal Church Foundation, chairs its research and development committee, and is a member of St. Peter’s Episcopal Church, Skidaway Island, Georgia. 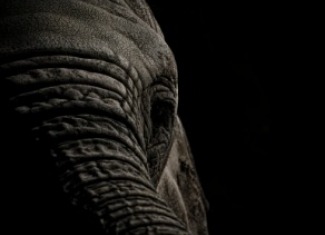