The greatest gift vestry members can give their churches is creative, positive challenge and support of their rector(s). Many rectors and churches are done in — particularly in times of uncertainty — by dependent, blaming, reactive parishioners, including vestry members who fail to recognize the importance of their leadership position; they seek quick fixes rather than ask the questions that support their rector’s vision and the church’s mission. Never underestimate the power of one true leader, a non-anxious presence in the face of the storm, especially in these times of high anxiety fueled by terrorism, war, anxious politicians and the media.

The law of triangles
A new rector accepted the call to a church she later described as “dysfunctional in familiar ways like my own family.” Her inherited senior warden, a fine leader throughout the interim period, began acting like he was the rector, taking over areas where she needed to lead, and talking about her to the vestry and administrative staff rather than being direct with her. This paralleled her growing up experience with an alcoholic father who undermined her abilities and refused to let her grow up.

With coaching, she thought about her issues in both her church and family (the hot spot in one system can be illuminated by the other). I taught her the law of emotional triangles — when two people become uncomfortable with one another, they will use a third person to avoid the risk of direct connection. While this action may seem stabilizing, it in fact keeps the system stuck.

After a month of practice, the rector reported, “Nothing has changed in the situation at my church, but everything has changed because I’m thinking differently about it. I’m detriangling all over the place, asking for direct communication with me rather than through others. I’m going to hang in here for at least four years, keep my vision clear and rise above the reactivity.” That Sunday she preached a brilliant sermon about her dream for the church and vision for the parish.

Vision: Seeing systems differently
Vision is a capacity to see the system differently. What does it take to develop this vision and leadership ability in oneself? In A Failure of Nerve: Leadership in the Age of the Quick Fix, my mentor, Rabbi Edwin H. Friedman, defines leadership by differentiation as the ability to take maximum responsibility for one’s own being and destiny while staying connected with others in the system.

When church leaders — including vestry members by definition — practice thinking and acting on the following four characteristics of leadership by self differentiation, they tell me, “I now have a direction that makes life and work more interesting and fun!”Jesus’ life is our best example of this model of leadership; see biblical references below.

Clarity about one’s beliefs
A leader must develop the ability to pull himself out of surrounding emotional tensions and think — a challenging task in itself. Recognizing that loneliness and isolation are inherent in their positions, leaders who stay the course often learn to love solitude. Working at being well-defined oneself takes precedence over trying to understand another. Practicing clarity on small issues energizes important experience when the larger decisions come along. (Mark 1:16-28, 1:35-39, 6:45-52)

Self definition in relationships
Thoughtful clarity in the way we present our beliefs and ourselves moves people and organizations forward. Non-anxiously saying “I believe, think, perceive...” when others are demanding the togetherness position of “we” and being able to take a calm stand in an intense emotional system is a lifelong pursuit. Even so, no one ever achieves 100%.

Next vestry meeting, experiment with simply containing your reactivity to others (which includes the ability to avoid becoming polarized) by asking yourself, “How can I refrain until I can respond without reacting?” The habit of holy silence can be the best self definition. What would happen if everyone around the table practiced self regulation, honoring where one’s own self ends and another begins? (Mark 1:40-44, Luke 2:11-52)

Preventing polarization
The poet Rilke once defined love as the capacity of two solitudes to “protect and border and greet each other.” That kind of love — knowing where I end and the other begins — is key to preventing polarization, mere gaining of distance, leaving, or cutting off to solve problems.

In my practice of family psychotherapy, I find that cutoffs from others in one’s life prevent healing. Further, the tendency to distance and cut off gets passed to the next generation until cutting off becomes the major source of family or parish pathology.

A bishop in one of my groups has begun to take the church genogram (like a family tree covering multi-generations) on his parish visits. He hopes to show how the processes of cutting off, joining, and self differentiation are deeply influenced by the way those processes were handled in previous generations, gaining more force as parish life evolves. He illustrates how the capacity of a leader to maintain himself or herself while staying in relationship to God and others is crucial to institutional health and is a balance that one always can improve. (Matthew 18:15-20, Mark 2:13-17, 14:22-26.)

Self regulation in the face of sabotage
Leadership by self-differentiation always triggers reactivity. Fearful of change and seeking the comfort of togetherness, people resist new, innovative ideas often when leaders are being most visionary, and feel best about their work. In other words, a wise leader can never assume change until he or she has refrained from changing back to the former way of being to calm down the reactivity in the system. Leadership in uncertain times works best when one takes the elongated view, thinking and acting as if he is in this for the long haul. Most sabotage is mindless, but some is intentional like the betrayal of Jesus; the moment of truth comes when the leader stays on course. Jesus’ ability to “keep on keeping on” despite sabotage led to His resurrection. (Mark 14:10-11, 43-51, 16:5-8, 12-20, 10:46-52, Luke 8:43-48.)

The co-editor of A Failure of Nerve: Leadership in the Age of the Quick Fix, family psychotherapist Margaret M.“Peggy” Treadwell, M.S.W., L.I.C.S.W., is the director of The Counseling Center at St.Columba’s in Washington, D.C. She has been active in 4 education and counseling for thirty years 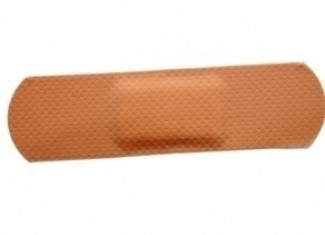