First, we learned how to rent and manage a parking lot. Then we learned how to lease large sections of our sprawling downtown campus. Then we sought to reduce expenses and perhaps make a little income, and at the same time help smaller congregations save money by paying us to do everything from answering their phones to producing their bulletins. Then we launched an effort to purchase unrelated commercial property to increase our income. Now we are "dating" a Presbyterian congregation that may one-day co-habitat with us in our buildings.

Trinity Church in Buffalo is a 175-year-old congregation with 125-year-old buildings on the National Register of Historic Places. It costs $250,000 just to open our doors, and we do not have an endowment worth mentioning. We were once home to many of Buffalo’s wealthiest families but now we host a socio-economic diversity not found in most Episcopal congregations. Reading this description could lead one to assume Trinity is struggling to survive when, in fact, our attendance grew by 30% last year. Yet, while we are a congregation of more than 600 households, we would need to become a megachurch to support our facilities and a vibrant program with contributions alone.

Beating the odds as an urban congregation in a poor rustbelt city is what inspired a downtown Presbyterian congregation to contact me at the end of 2010. Theirs is an even more massive structure, one that is configured far less suitably for the kind of leasing program we have developed (our tenants include The Urban League, Gay and Lesbian Youth Services, and a major medical group’s substance abuse program, in addition to a nearby insurance company that leases our seventy parking spaces). So their pastor and some of the lay leadership invited me to breakfast to explore my interest in a possible "arrangement."

They impressed me with their foresight and courage. They have a couple million dollars left in their endowment, enough, they said, to do something really great in terms of outreach and program, but not enough to fix all the woes of their building. They did not want to go down with the ship and pour what remained of their resources into an endless black hole. Drive in any direction from Trinity, and you will pass the empty carcass of a once thriving congregation. Magnificent buildings with stunning handcrafted work inside and out, boarded up and rotting like a giant fallen sycamore in the forest, dot the landscape of Buffalo. These Presbyterians had greater ambitions. They were looking for another congregation they could move in with, and partner with to do “cool Christian stuff” as they called it. We were one of two churches they approached because, by reputation, they told us, we had “figured it out.”

Within months, a group from Trinity’s vestry and members of their Session were talking and exchanging information. Then the local newspaper caught wind of the activity and published a front-page story. As it turns out, their leadership was ahead of their congregation, and the article came as an unpleasant surprise to many. So now they are doubling back to pick up the stragglers before continuing the conversation with us.

Trinity is just one of hundreds of urban congregations trying to make its way in a world in which changing culture and economies of scale require do-or-die gumption. We have no idea whether or not we will become a new model of urban ingenuity – an Episcopal-Presbyterian community that functions like a hybrid or simply two congregations sharing space, or neither.

We do know the opportunity arose because of everything else we have been doing along the way to make our buildings pay for themselves so that our contributions can fund ministry, mission, and program. One thing does in fact, lead to another. 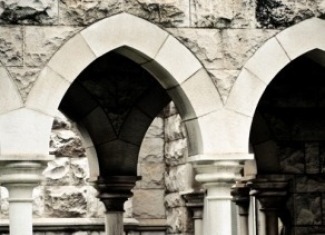