Our Call to Leadership

I believe that People of Color have a special call to leadership in the church today in the United States. Although People of Color, particularly Latinos/Hispanics, are the fastest growing segment of the overall U.S. population, we are vastly under-represented in the pews of the Episcopal churches located within the U.S. and even more so in the ascending leadership ranks, especially at the diocesan, provincial, and church wide levels. There are some churches that are predominantly "historically African-American" or "Sudanese" or "Hmong" or "Hispanic" or located on Native American reservations, but the fact is that many dioceses struggle to incorporate non-Anglos in congregations that worship in areas where non-Anglos comprise rising percentages of the local demographics.

If one can generalize, People of Color tend to fall into two categories. There are those like me, descended from immigrant parents, but not myself an immigrant, having been born and raised in New York City and Detroit, Michigan. Then there are those like my two aunts, both near my age, who as teens did emigrate from China by way of Hong Kong. Latinos/Hispanics experience similar patterns, a community will often include a mixture of direct immigrants and those who are descendants of immigrants and as Americanized as I am.

Our patterns of church membership are as varied as we are. Our parents, whose first languages are the languages of their childhoods and their countries of origin, are often more comfortable worshiping with people who share their cultural heritage and language. In worship, they can relax and allow the liturgy and the words of the prayers to transport them without the added strain of translating and finding the correct vocabulary of responses.

However, for many of their American born descendants, English suits us better; we want to fit in if we can find a congregational home that is not merely ‘welcoming,’ but actually warm and affirmatively inviting. You see this is where the differences are found. Although we are American, we are also culturally foreign in the sense that we have been formed in the language of our parents and grandparents, and we are enculturated in our ancestors' culture and values.

I recently participated in a consultation on Alternative Leadership and Theological Trainingin Oklahoma with both lay and clergy leaders representing the four major ethnic ministry groupings in The Episcopal Church, namely the Asiamerican, the Black (African American, African Caribbean, and African), the Latino/Hispanic, and the Indigenous (including Alaskan and Hawaiian) in January of this year. What was surprising to many of us was to learn of a number of similarities in our nondominant culturally shaped experiences. Obviously, it would be inaccurate to extrapolate and claim statements of fact based on anecdotal stories from some forty or so people; yet, those of us gathered were struck by the presence of many shared culturally-based and inculcated values.

For example, we discovered a reticence to step forward and claim our place in the forefront, even when we clearly possess the gifts and charism of leadership, often hanging back, waiting to receive an affirmative invitation. If you surmise that our reticence is based on lack of self-confidence or courage, you would be wrong. Rather, our reticence is grounded in a value of honoring the opinion and judgment of elders and those in leadership positions, and honoring those individual leaders, and thus, affording them the space to issue invitations to us to step forward. We want to be asked, we want to step forward, we want to offer ourselves and our gifts for the greater good, and yet, our cultural values require us to wait to be invited. For many of us People of Color, this ethic can be as strong a moral imperative as the commandments not to steal or to bear false witness.

Another example is interrupting or cutting off someone else who is speaking, especially an elder or acknowledged leader, even if they are factually wrong in what they are saying. We do notice errors of fact, but we acknowledge a greater value of "saving face" and allowing the elder or leader the opportunity to self-correct. If we do speak up, it is likely to ask a clarifying question in a form that presumes I might be mistaken in my assumptions. So, a question will take the form of "Am I mistaken in my assumption of . . . ?" as compared to a question that challenges, such as, "Don't you mean . . . ?" The former presumes my potential for being wrong, while the latter presumes that you are wrong. There is an inherent posture of humility in the way that many People of Color live into the fourth commandment of honoring our fathers and our mothers.

In some cultures, such as in Native American tribes, answers are sometimes given in the form of telling a story that establishes our relationship, not only with each other who is present, but also with those from whom the answer derives, before actually giving the answer. For many People of Color, relationships are primary, and transmittal of information secondary, which can be very frustrating for goal- and task-oriented people and those working with deadlines, leading to misunderstanding. Thus, a conversation or meeting can be quite lengthy and involved if conducted in a culturally sensitive manner to accommodate certain People of Color. In contrast, if that same conversation or meeting were held strictly according to dominant cultural norms in the U.S., it could feel very disrespectful, manipulative, and rushed to someone from a non-Anglo culture.

I agree with critics who say that some accommodation must be made by People of Color to learn to assimilate into the Anglo dominant culture's methods of communication, and I would say, likewise, members of the dominant culture and especially those who hold leadership positions must also learn to accommodate the diverse patterns of communication found among the various communities of color living in the United States. The accommodation must run in both directions out of a Christian sense of love for the other that does not judge or presume superiority or inferiority and that does not value efficiency over relationships. I find it ironic that we in The Episcopal Church, whose own Book of Common Prayer states that the Church's mission is to restore ourselves to God and to each other in God through Jesus Christ, behave in terms of mission and ministry as if the dominant Anglo culture is the only correct one to engage.

Currently, Asset Based Community Development (ABCD) is a popular methodology of approaching underserved and underrepresented communities. A key tenet of ABCD is to identify and utilize more fully the gifts and charisms of the people living within those communities, which are primarily communities of color. The focus on strengths within those communities is to be lauded. However, I would caution my Anglo brothers and sisters against the tendency to frame those strengths and gifts in terms that speak to strengths and gifts found more prevalently in the dominant Anglo culture than in communities of color.

Ultimately, the responsibility to know one's own biases or lenses, including acknowledgement that such biases and lenses exist, is of paramount importance and falls upon the shoulders of the dominant culture. The almost constant burden to "translate" our (People of Color's) cultural differences into forms that are readily understood by the dominant culture is what causes the eye rolling you might sometimes catch us doing. It is a tremendous burden always to be the teachers, especially when we often perceive a willfulness not even to try to learn.

My observation for my brothers and sisters of color is that our unique call as Persons of Color is to keep on showing up and doing the translating in the same way that the unique call of Christians is to keep on showing up and doing the translating of the values of following the Christ versus following money and power. And, I would add for my sisters and brothers of color, do step up at the smallest hint of an invitation, even the unspoken invitations, and take your place in the councils of the church, because you have something valuable to add to the realization of the reign of God today. It is the poor, the meek, those at the margins, who have the gifts to bless the dominant system.

Lelanda Lee is a member of Executive Council. Find her blog “What a cup of tea” here. 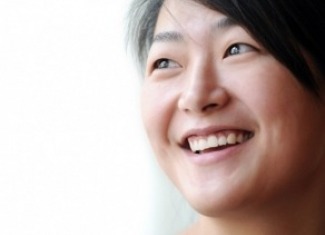