Effective groups are not born fully formed and functional. In congregations, electing a vestry is the beginning of a process; our new vestries need nurturing to help them form into a group that meets goals and works for the good of the whole congregation. Understanding how groups form and paying attention to process and the needs of individual members, as well as to task, are essential to creating a well-functioning vestry.

Vestries looking for a roadmap to help facilitate healthy group development may benefit from the work of educational psychologist Bruce Tuckman. His five stage model of group development, developed in the 1960s, is still widely used. As you read about each stage, think of your own experience in a successful group. What was done at each stage that contributed to that success?

Stage 1 - Form: In its initial phase, the group is forming. Member’s questions revolve around role, acceptance, and expectations. A vestry retreat soon after the election is a great way to help people get to know each other, bring incoming members up-to-speed on the work of the vestry, and establish procedures and norms will help the group coalesce around a shared agenda. Because trust is not yet high, people tend to be nice to each other and avoid conflicts at this stage. Setting goals and norms and clarifying roles helps create the environment of trust needed for task accomplishment and should be done as a group. Doing ‘form’ well sets the tone for the group’s ability to function as a team.

Stage 2 - Storm: This second stage is about control and making sure that one’s individual needs are met. Issues begin to emerge around assignments, procedures, goals, or anything else in the life of the group. People signal their concerns and declare what is important to them. This is the time to reiterate the norms already established (e.g., come prepared to vestry meetings; be on time) and make adjustments if concerns are valid. The vestry leader is typically the one to enforce these agreements. While many of us shy away from conflict, this stormy stage is a healthy step toward group effectiveness and is to be expected. When navigated well it provides the group with a sound foundation of trust.

Stage 3 - Norm: With roles and responsibilities clarified, a consensus around goals reached, and norms and procedures understood the vestry turns to its tasks. Working together is an increasingly comfortable proposition. While the leader is still responsible for enforcing group norms, members will take on the role of enforcing group norms as well. There is a sense of accomplishment as progress is made toward the goals the vestry has set for itself.

Stage 4 - Perform: Groups must be together for an extended period of time, with no changes in membership, to develop the level of trust and candor that characterizes this stage. Roles and responsibilities change fluidly to meet changing circumstances, and there is a high level of interdependence. Individuals also act independently because the group is confident that everyone is working in the best interest of the congregation as a whole. In congregations, vestry membership may change too frequently to reach this stage, however long-standing groups or groups called to work intensively on a task, such as a search committee, may get to this level.

Stage 5 – Adjourn: As vestry members’ terms come to an end, so does the work of that particular vestry. What has been accomplished needs to be celebrated, with individuals acknowledged for their contributions. This acknowledgement can occur at a vestry meeting and/or more publically during a decommissioning held as part of a regular Sunday worship service. Build in time for the out-going vestry members to share their observations as well as their prayers and suggestions for the next vestry. Consider including the out-going members in part of a new vestry retreat so they can share their experiences and pass on the torch of their knowledge.

At all stages of development successful groups balance three functional areas: task, group maintenance, and individual needs. Too much focus on group harmony prevents goals from being accomplished and leaves individual members frustrated (they may drop out). Too much focus on task sets the stage for creating divisions within the vestry (and the congregation) and alienating members. If the skills of individual members are not used, they become bored and reluctant to serve. Think again about the successful group of which you were a part. How did it tend to all three? Here are some things that promote success in each of these functions.

Task: Every member of the group should be expected to contribute to task accomplishment by offering proposals and suggestions. The giving and requesting of factual information promotes task accomplishment, as does the giving and seeking of opinions. By pulling together ideas and checking your understanding of other’s positions you also help the vestry reach its goals.

Group Maintenance: This function refers to group harmony and the extent to which members work well together. Encouraging, working to reconcile differences, offering standards for decision-making, and being willing to compromise all promote group cohesion. Stepping back on occasion will allow you to observe the group and draw in those whose ideas have not been heard.

Meeting Individual Needs: Willingness to serve is conditioned by whether a member’s call to this ministry is fulfilling. Paying attention to the gifts each brings and assigning responsibilities accordingly goes a long way to making members feel valued. Remember that vestry service is only one of many priorities in someone’s life and accommodate individual needs to the extent possible.

All small groups go through Tuckman’s development stages. How quickly they cycle through depends upon a variety of factors, including the extent to which the members already know each other. Every time someone joins or leaves the vestry, the cycle begins again. Knowing what stage of development your vestry is in at any given time helps the group reform when its membership changes.

Creating – and maintaining – successful vestries, committees, and task forces takes work. Your vestry or committee will be as successful as its ability to keep the balance among task, group maintenance, and individual needs. With this roadmap, you’re on your way to creating a successful vestry!


Sandra Clark Kolb is a Fresh Start consultant with the Episcopal Church Foundation and an independent consultant working with congregations and their leaders in the Diocese of Washington where she also serves as Fresh Start coordinator for the diocese. She has served multiple terms on a vestry and been a senior warden and chair of a search committee. A member of St. Alban’s Episcopal Church in DC she currently serves on the Adult Forum Committee and chairs the Interfaith Committee for her parish. 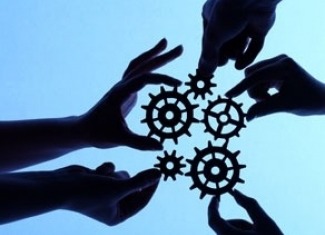