How often do we ignore differences, thinking that if we treat everyone the same and focus on what we have in common, then our differences won’t matter. But does this really work? Or, as a participant in a recent vestry retreat noted, “Does that attitude set some of us up to be second-class citizens who have to adapt and fit into a monocultural, dominant way of doing things?”

This observation strikes at the heart of a challenge faced by the leadership of an urban, multicultural, and mostly working class parish, established over 150 years ago and with a long history of leadership on social justice issues. Recently, the rector and vestry recognized that by ignoring difference, problems were created leading to a hostile environment where the priest often served as referee. To address this, they planned a vestry retreat designed to develop understanding and skills that will deepen relationships across cultures.

As he planned the retreat, Chris, the facilitator invited a seminarian doing her field seminary studies, Marta Lopez* works as a clinical social worker focusing on at-risk teenagers in an urban housing project. As one of her professors, Chris is aware of Marta’s knowledge and skills as a leader.

Marta accepts. Her presentation of material is crisp, clear, and invites vestry participants to notice their racial and cultural assumptions, and behaviors that display we/they and “better than”/”less than” attitudes and behaviors—as well as alternatives to those behaviors. In debriefing the retreat, participants point to their own learning about power dynamics among themselves and in the congregation. They also express hope that they will be able to engage in alternative, more egalitarian interactions across racial and cultural differences.

In addition, Ted, a long-time lay leader states, “I am now seeing lay and clergy leadership differently. We are not simply about conducting services, even bilingual services, or balancing the budget. As leaders we need to model talking about our racial-cultural differences in deep and meaningful ways. Before I thought it was best to ignore our differences and focus on what we have in common. Now I realize that attitude set some of us up to be second-class citizens who had to adapt and fit into a monocultural, dominant way of doing things. I am more excited about who we are as a congregation than I have ever been.”

Educator Susan Imel says that transformational learning is about a change in one’s entire perspective which results “when individuals change their frames of reference by critically reflecting on their assumptions and beliefs and consciously making and implementing plans that bring about new ways of defining their worlds.”[i] Building on this, transformational leadership is about modeling and helping others live out new ways of interacting that are more inclusive and egalitarian. It doesn’t mean simply fitting new people into the prevailing perspective, but creating a new perspective that may challenge pre-existing assumptions. Theologically, this is what Paul had in mind when he talked about the many members of the one body (Romans 12:4-8 and 1 Corinthians 12:12-21). As a lay person and student, Marta modeled co-leadership with her priest professor in a way that led Ted to imagine leadership in new ways that did not fit his old model.

Transformational leadership also has the quality that relational theorist and researcher Joyce Fletcher calls fluid expertise, which means that “power and expertise shift from one party to the other, not only over time but in the course of one interaction.” [ii] Thus transformational leadership requires the skills of empowering others and being able to be empowered—the ability to learn from and be influenced by those above you, beside you, and below in status or seniority. Fluid expertise and mutual empowerment took place as Marta and Chris took turns describing oppressive and ineffective behaviors (rooted in attitudes that some people were superior and others were inferior)—and alternatives to those behaviors (rooted in a belief and commitment to equality).

Finally, transformational leadership includes attention to cognitive, behavioral, and affective dimensions of change. Chris and Marta spoke about their own assumptions, theories, behaviors, and feelings and invited the vestry members to share not only what they thought, but to reflect on specific ways they behaved toward one another and how they felt about who they were and how they were being treated by others in leadership and in the congregation.[iii]

In summary, I understand transformational leadership as: noticing, understanding, and celebrating differences; sharing leadership in a collaborative and fluid way; and engaging our feelings as well as our ideas and behaviors. For many of us moving to this style of leadership involves what Susan Imel refers to as a complete change of perspective. We are not simply adding new skills to our tool bag, we are adopting a wholly new framework in which all our previous ideas about leadership and ways of behaving undergo a transformation.


*Not her real name.

The Rev. Dr. William M. Kondrath is the William Lawrence Professor of Pastoral Theology and Director of Theological Field Education at Episcopal Divinity School in Cambridge, Massachusetts. He is the author of God’s Tapestry: Understanding and Celebrating Differences. Bill has worked with congregations, judicatories, and theological schools in the U.S., Canada, Mexico, Australia, New Zealand, and Mauritius on leadership development, creativity, affective competency, change and conflict, and understanding and valuing differences. He is also a program consultant for VISIONS, Inc., providing multicultural training and consultation to corporate, educational, nonprofit, and ecclesial organizations. 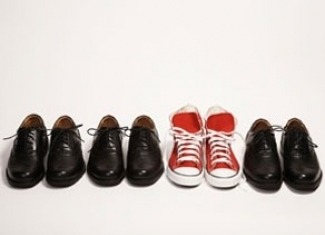