When I was young my family always had guests for dinner. On any given day, there might be twelve to fifteen people at the dinner table. Dinner was a time of joyful sharing of food and stories. I thought we were quite wealthy, feeding so many people every night. Only when I was older, while talking to my mother about the good old days, did I find out that we were not rich at all. My mother told me that some days she only had three dollars to feed fifteen people. How could that be? I could not remember a day when there was not enough food! What my mother did with three dollars was a miracle in itself. If you asked her how she did it, she would tell you how she determined what to buy in what season and, more importantly, her techniques in bargaining. But I think there is more to this miracle than just knowing what to buy and how to bargain. Not only was everyone around the table filled every night; there were always leftovers. I believe the way we dealt with the leftovers at the dinner table is indicative of how this miracle of doing “more with less” was accomplished.

Toward the end of dinner, there was always something left on a plate in the middle of the table. Everyone would be staring at it, especially when it was a piece of meat, which was an occasional, special treat. But no one would make a move to take it. Then someone would say, “Why don’t you take it, Grandma? You are the oldest.” But my grandma would say, “No, I’ve been eating this stuff all my life. Give it to the little one. He’s the youngest and needs the nourishment to grow up to be big and strong.” Now all eyes were on me - the youngest. But I, who also learned this ritual, would say, “No, not me. I am completely full because I have the smallest stomach. Give it to my older brother. He has an examination at school tomorrow. He needs it so he can do well.” My oldest brother would say, “No, not me. Give it to my sister. She has a piano lesson tomorrow . . .” The ritual would go on around the table; each person would find an excuse not to take the leftover piece of food. While we offered it to each other, we also affirmed each other’s worthiness in the family. As a result, the piece of meat would sit in the middle of the table, destined to be left over, to be transformed into a new delicious dish the next day. The leftovers became a symbol of our appreciation of each other’s worth. This leftover piece of food became a sign of the abundance we shared –we can do more with less.

At the dinner table of my childhood, I learned a very important life lesson, which has become part of the spirituality I strive to live out. The lesson was very different from a more popular spirituality based on scarcity, which drives us to take and keep and to have more than the other. The spirituality I learned at my dinner table was a different twist on modernism’s credo: Less Is More. (This credo is attributed to Ludwig Mies van der Rohe.) By insisting on having less than the other, we learn to appreciate more of each other’s worth. Furthermore, I learned from my childhood dinner table, the new credo: Do More with Less. (This one is attributed to R. Buckminster Fuller.) The dynamics of passing the “leftover” around generating a spirit of appreciation and affirmation did so much more than fighting over the last piece of meat, as a fear-of-scarcity-minded group would do.

For me, this radical value – it is better to have less than the other – behind the leftover ritual is the key to stewardship that can unclog the blockage of the flow of resources in our churches and in our communities. In order to practice this spirituality, people in our communities must believe in the abundance that comes from giving. If everyone in your community gives until he or she has less, it generates a dynamic that will keep everyone giving and receiving. Eventually what you give away will actually return to you. Once people realize that giving is not a one-time “losing” game, but part of a dynamic process that keeps resources flowing in our community, they will have the courage to give generously. To demonstrate how this works, here is an exercise you can do with any group in your various communities to show how “do more with less” can work.

Material needed: 100 note cards; a projector or large sign with the following quote
It is better to have less than the other.

Give the group time to experience this. Observe what happens. The cards will be distributed to everyone in the room. Those who gave away their cards initially will eventually and very quickly get some cards back. The process will evolve into an endless dynamics of giving and receiving. This is what doing more with less looks like.After some time, stop the simulation and invite participants to complete the sentences:
After participants have shared what they noticed and wondered about, engage them in a conversation on stewardship. Invite participants to also imagine the cards in this exercise as other kinds of currency in addition to money, such as time, talent, relationship, leadership, etc. What does this exercise teach us about sustainability?

The Rev. Eric H. F. Law is the founder and executive director of the Kaleidoscope Institute, which offers resources and training for intercultural competency, congregational development and stewardship. He is also writes a weekly blog: The Sustainist-Spirituality for Sustainable Communities in a Networked World.

This article first appeared as a blog post on The Episcopal Network for Stewardship’s website and is reprinted with permission.
Resources 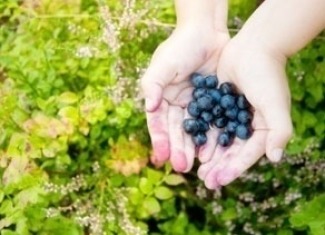