After 40 years of captivity, the Jews had returned to find the walls of the city torn down, which made them afraid the same way we might be if we lived in a bad neighborhood and the door was missing.

The Temple was destroyed.

So they had a major problem with their worship space. It was rubble.

If they didn’t worship in the Temple, they did not think they could flourish or succeed agriculturally, economically, or militarily.

So they set out to rebuild the City, but it wasn’t going well. The capital fund drive flopped. People were squabbling with each other, blaming and blame shifting, left and right.

They felt poor -- and the poorest among them, the am ha-aretz, the people of the land, were a burden on the better off folks. It wasn’t that the better off folks were stingy or greedy. They were just afraid. They were financially, militarily, and spiritually insecure. They didn’t have enough army, enough police, enough wall, enough Temple, enough anything.

Scarcity and fear were the hallmarks of the day.

So they hunkered down. They pinched their pennies. They adopted a fortress mentality; suspicious of outsiders and even of each other.

Then along came a prophet with this surprising message from God: “If you want to restore your City, you gotta do it differently. You are going about it all wrong. Here’s how it’s done: If you remove the yoke from among you . . . if you offer your food to the hungry, and satisfy the needs of the afflicted, then your light will rise in the darkness and your gloom be like noonday.”

They were looking at the construction costs and seeing there just wasn’t enough money in the building fund.

So God said, “Not a problem. Here’s what you do. Take some of that money in your building fund and put it in outreach. You don’t have enough construction workers on the wall project? Send a few of them over to tutor the children of the am ha-aretz, the poor folk.”

“Just do it,” God said, “and watch what happens.

Your ancient ruins shall be rebuilt, you shall raise up the foundation of many generations, you shall be called the repairer of the breach, the restorer of streets to live in.”

God is saying something completely counter-intuitive.

God is saying when you feel like you don’t have enough, take some of what you’ve got and give it away. Poverty is the occasion for generosity.

God says that at the deep down core of things, when you get to realest possible level of real, the take it to the bank truth of life, everything we think we know is wrong.

It’s wrong because everything we think we know is based on fear and scarcity. Our basic assumption is that life is a zero sum game. There isn’t enough of it to go around.

“I came that you might have life and that you might have it abundantly,” Jesus told us. Life isn’t something to be seized by fang and claw. It’s a gift to be received in faith, and the test of faith is generosity, the courage, when we don’t have enough, to give away some of what we have.

Crazy, of course. In some spiritual traditions, they call it “crazy wisdom.”

There are churches that live like that. Last year I was at the budget meeting of a congregation as they adopted a deficit budget without blinking an eye. Then they began expressing their concerns. They had heard some other congregations were struggling and they wanted to help.

They got an unexpected gift and they sent it to a local ministry.

When the diocese sent them their assessment rebate they gave it to St. Jude’s Ranch For Children.

You just can’t help some people.

It is a leap into the dark, an exercise in faith. It is a leap into God’s ways, a trusting in God’s gift. It’s like exhaling in the faith that the air will still be there so we can inhale again.

But you know that crazy congregation somehow manages to pay the light bill and they just bought some additional land. How do they do it?

So in itself the faithfulness of a church is a good thing. It gives God a chance to demonstrate God’s faithfulness.

But the best thing about it is a faithful congregation teaches its people how to live faithfully. It doesn’t just talk about faith and trust. It shows us what they look like: these congregations teach the art of breathing. Living churches and living people - they breathe, in and out. You have to breathe out all the way so you can breathe back in.

The heart of being a Christian is living by faith instead of fear, by God’s ways instead of human ways. When we are baptized or confirmed or received we make a life commitment. We take our stand on this earth as believers.

A young man in another of our churches, a financially prosperous young man, carefully calculates the church’s value to him -- it’s the difference between his kids’ tuition at our camp and the tuition at a comparable private camp. At the end of the year, after he makes sure all his other obligations are paid, he gives that amount to the church.

Brothers and sisters, you are in a time of discernment. You are discerning who you are called to be, what part you are called to play in the Kingdom Mission, and who will best provide the leadership for that calling. I cannot answer any of those questions. But God can and God will.
“The Lord will guide you continually and satisfy your needs in parched places and you shall be like a watered garden, like a water spring whose waters never fail.”

Dan Edwards is bishop of the Diocese of Nevada. Learn more about him here and follow his blog. This article first appeared on The Episcopal Network for Stewardship (TENS) website as “Walk by Faith” on August 23, 2013. It is reprinted with permission. 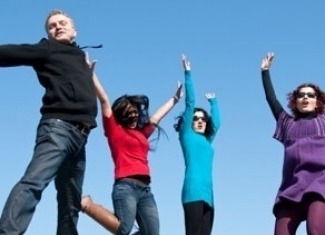