In recruiting people for the ministry of vestry I have found several points of hesitation on the part of potential nominees. I often hear stories of people who stood for election and were surprised how hurt they were when they were not elected. Others felt that they were not well known enough to be elected even though they were faithful in serving the congregation and had something to offer by serving on the vestry. When I came to serve as rector of St. James, Knoxville, Tennessee I saw an opportunity to explore the matter of vestry selection. There had to be a better way to select vestry members than an election that might favor the popular and exclude gifted ministers.

A friend recounted that he had served in a parish where vestry members were selected by randomly drawing the number needed from a pool of nominees. I asked my bishop, George Young, what he thought about this process and he was excited. In fact, he had practiced this method in a congregation where he had served. I discussed the prospect with the senior warden and other leaders. We then presented this to the vestry to consider allowing the parish to propose a change in our parish by-laws. The vestry liked the idea and we set about informing the parish of the proposed change.

In a letter to the congregation, the parish newsletter, and Sunday announcements we referenced Acts 1:15-26 where Peter called the apostles together to choose someone to replace Judas. The apostles chose two faithful people, prayed, and cast lots. Now we don’t think of our former vestry members as being like Judas, but choosing faithful candidates and asking for God’s guidance resonated with many of us. We also had two opportunities to discuss the by-law change during public forums prior to our annual meeting.

At our annual meeting the discussion was more heated than the earlier forums. Those who dissented primarily did so out of a spirit of democracy. They wanted their vote to count. It was noted that this matter of selection called on us to carefully consider our nominees. We also wrestled with whether to allow nominations from the floor in this process. We decided to allow nominations from the floor and to encourage parishioners to prayerfully and deliberately engage the nomination process. By the end of the meeting a by-law change was approved allowing us to “select” vestry members rather than “elect” them.

We’ve now used this process for three years. Our nominating committee, comprised of the four outgoing members, carefully considers candidates for nomination. At our last annual meeting we presented eight well qualified candidates for four available seats on the vestry. During the meeting we shared stories of ministry, naming all of the nominees as capable leaders. We prayed for God’s guidance and recalled the apostles’ example. We then chose four other members of the congregation to come and share about a ministry that they are part of after which he or she was invited to randomly select one name from the eight names placed in a basket.

Eight nominations was a high for St. James. I feel that our selection process was encouraging to some who might not have stood for vestry otherwise. I am finding that those who are not selected do not feel rejected but affirmed by the parish. This process calls on the parish to recognize and name faithful leaders among us. On a practical note, I personally appreciate doing away with the logistics of balloting and focusing instead on stories of ministry.

Months after we initially made the by-law change someone asked me if we were still going ahead with allowing nominations from the floor. They were concerned that such a nomination could be used in a manipulative way. I expressed that I certainly hoped that all nominations could be considered and made in advance of the meeting. Even so, I acknowledged that we would continue to allow nominations from the floor and that this was probably the right thing to do. To this the parishioner replied, “Wow! You really do believe in God!” Yes, I do. I don’t think voting by ballot promotes disbelief, but I find the selection process we are using calls on the faithful to trust that God will guide us and provide the leaders we need.

John Mark Wiggers serves as the rector of St. James Episcopal Church in Knoxville, TN. He has been ordained 14 years and served in Dothan, AL and Atlanta, GA. John Mark and his wife Liz have two boys (14 and 8), and share a love of cooking, board games, and documentaries. The whole family loves serving at camp and youth retreats. They hope to start a family band if the parents start practicing their instruments. 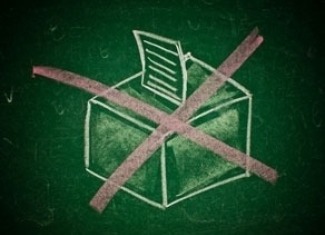