St. John’s Plays Music in the Key of P

St. John’s is a small, good-hearted, and busy Episcopal congregation in the suburbs of San Antonio, TX. Over the past couple of years, they have discerned that God is calling their congregation to become more engaged with the community beyond their red doors. A couple of things have happened since: this past January’s vestry retreat was focused on Matthew 25; they’ve decided to take up a special collection every fourth week as a donation to their local food pantry; a few parishioners have decided to tutor students at the local high school. Throughout it all, the vestry members have been continuing to hope and pray that God will help their congregation live more deeply into their new vision for serving the wider community.

One day, a parishioner named Brenda reads in the paper that the test scores for the local elementary school have been in decline for the past ten years. She learns that the school has been largely unprepared for the recent influx of Spanish-speaking immigrants and their children, and that the school has been struggling to serve this community ever since. After a phone call with the principal, she spends the next week dreaming of different ways that St. John’s can help support the local school system as they adapt to changing demographics. She wonders if her parishioners would help her buy bilingual children’s books for the school library. Maybe there are parishioners who can teach English as a Second Language (ESL). Maybe she and a few others can go and meet some of the parents to learn more about what their needs are. As this hopeful dream grows stronger, Brenda realizes that helping to support the local schools could be a whole new direction for St. John’s, if only the congregational leadership team can see the potential in her mustard seed of an idea.

For the record, St. John’s is not an actual congregation. And yet, isn’t it? Anyone who has been involved in congregational life knows and has likely lived through such a moment, one in which a congregant brings a mustard seed of an idea before the vestry for its consideration. Although this may be different than your own experience, what I have oftentimes seen is vestries either embrace the idea whole hog (as my dad would say), or reject it completely out-of-hand out of fear of change. And having seen this from time to time, what I’ve often wished for is some method for a vestry to critically evaluate, and even strengthen, the ideas that they receive.

The rest of this article is essentially an attempt to offer that method. It’s adapted from the concept of a strategy filter which I first encountered in David La Piana’s book The Nonprofit Strategy Revolution. The Episcopal Church Foundation (ECF) has used this method for our own strategic planning purposes and, more importantly, has modified it and added to it over time as a result of our work with many congregations.

The tool below – which I’m calling “MUSIC in the key of P” is a conversational guide for a leadership team to discuss the strengths and weaknesses of an idea they are considering pursuing. The tool asks them to consider how/whether a proposed idea is aligned with the congregation’s mission and vision, whether this idea enhances the congregation’s uniqueness, and is financially sustainable. They also evaluate whether the idea is in keeping with the congregation’s identity, whether the community has the capacity to implement the idea well, and if there are any elements that can be done in partnership with other groups.

Having said this, I really want to emphasize that great ideas don’t necessarily fulfill all six factors perfectly.

As you know, there are many worthwhile initiatives that aren’t going to be immediately financially sustainable. There are also new efforts that don’t fit a congregation’s current identity but will help to expand it in new and exciting ways. My hope for the vestries and mission committees who use this guide is simply this: that using this tool would help to strengthen some of the weaker points of the ideas brought to them, and that congregations say ‘yes’ to new ideas with a clear-eyed understanding of what those initiatives’ strengths and weaknesses are.

With that in mind, let’s return to St. John’s and consider how they might play MUSIC in the key of P in considering Brenda’s dream.

M- Mission and Vision: The first question that needs to be considered is whether the direction Brenda’s dream will lead them in is in keeping with their understanding of what God is calling them to do (mission) and their hopeful image of their church and community (vision). On this point, most vestry members agree that finding ways for St. John’s to help strengthen their local public schools is very much in line with their sense of what God has called St. John’s to do today.

U- Uniqueness: It’s also important to ask whether pursuing Brenda’s idea will serve to enhance the unique role that St. John’s plays in the community. After a little research, the vestry realizes that the Presbyterians up the road have a robust and well-attended after-school tutoring program for the local high school, so pursuing this idea won’t necessarily enhance the unique role of St. John’s in the community. And yet, might it still be worth pursuing?

S- Sustainability: For St. John’s, and likely most congregations, the answer to whether this new initiative is financially sustainable is “It depends.” At this moment, they don’t have a lot of fat in the annual budget so in pursuing this idea they will need to start with very small initiatives. Perhaps they can plan a small book drive. Perhaps a few parishioners can commit to attending PTA meetings. Nevertheless, they also wonder whether congregants would be inspired to give more to their upcoming fall fundraising campaign if they knew this was a direction St. John’s was pursuing.

I- Identity: Part of the identity of St. John’s has been to be a warm-hearted and joyful place, but how it has stayed this way is by also being somewhat disengaged. So far, congregants have expressed warm enthusiasm when the vestry has shared what they believe God is calling their congregation to do, and a few have expressed genuine appreciation for the efforts made thus far to live this mission out. Nevertheless, the vestry is also certain that an explicit focus on helping to improve public schools will push some members considerably. The rector dreads that in the not-so-distant future she will have to have conversations with particular members about why the church is buying bilingual children’s books. This may challenge the congregation to grow in its identity in some exciting but also uncomfortable ways.

C- Capacity: While St. John’s is a busy place, the vestry believes the congregation has the capacity to carry out a few small initiatives over the next couple of months. It will be critical, though, that these small initiatives generate interest and energy among some of the core volunteers, and even draws additional people who have special interest in this kind of work. Dreaming bigger, the vestry wonders whether they should pursue a special gift from some of the wealthier members to see if they might increase the parish administrator’s hours and have those hours dedicated to this new effort.

Once a vestry has considered these five factors, they should have a fairly strong sense of what they are capable of doing on their own. But none of us are working alone and in every case I believe that God calls us to much more. This is where the P – which stands for partnerships – comes in.

If St. John’s vestry were to consider how they might pursue Brenda’s dream in partnership with others, they would realize that the Presbyterians down the road with the robust after-school tutoring program are not competitors but likely allies. They may learn that the majority of Latino immigrants are going to St. Peter’s Roman Catholic Church, a church that has just hired its first Spanish-speaking priest. Maybe he will help St. John’s learn more about the lives of the recently arrived immigrants. They might also discover that there is a county-wide initiative to improve public education, and that there’s a candidate running for town council whose main platform is focused on improving education. In pursuing partnerships, St. John’s would gain allies and would make a much larger impact than by working alone.

The truth is, it takes many years for the mustard seed of an idea to take root, push above the soil, and grow into a congregation’s wild vision. Even so, my hope for St. John’s is that they would take Brenda (and God) up on her invitation, and that after careful consideration, St. John’s would say ‘yes’, albeit with eyes wide open to the challenges and possibilities that lie just ahead.

Miguel Angel Escobar is Director of Anglican Studies at EDS @ Union in New York, NY. He is the former Managing Program Director for Leadership Resources and Communications at the Episcopal Church Foundation (ECF), having overseen ECF’s Vital Practices, the Vestry Resource Guide, the Fellowship Partners Program, Vital Teams Program, Spanish-language resources, and organizational impact studies. Prior to working for ECF, Miguel worked as communications assistant to the Most Rev. Katharine Jefferts Schori, Presiding Bishop of the Episcopal Church, from 2007-2010. He currently serves on the board of Forward Movement, the church engagement advisory board for Episcopal Relief and Development, on the advisory board of Duke Divinity’s Faith and Leadership program, and as a reader for finalist applicants to the Echoing Green Social Entrepreneurship Fellows program since 2015. Miguel graduated from Union Theological Seminary with his Master of Divinity in 2007. 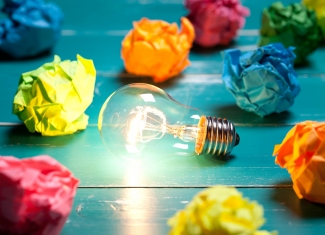