Misa Magdalena is the answer to prayer

For seventeen years, Martha came faithfully to St. Mary Magdalene’s Church, where I serve as priest-in-charge, in the Diocese of Washington. For seventeen years, she knelt down and prayed to the Lord that the church would start a service in Spanish. Since the 1980’s, St. Mary Magdalene has been a multicultural congregation with members from over twenty countries, but up until this past year, the majority spoke English as their primary language. Throughout those seventeen years, Martha was the only member from Guatemala and the only person whose first language was Spanish, despite the growing number of Latinos in the surrounding community.

In 2017, Martha’s prayers were answered.

From quiet service to leadership

First, the Diocesan Missioner for Latino and Hispanic Ministry, the Rev. Sarabeth Goodwin, was invited to plant a new Spanish-speaking community at St. Mary Magdalene. The seed group for Misa Magdalena held their first service on New Year’s Day, 2017. Then in March, we learned that the Diocese of Washington had received a grant from the Episcopal Church to help launch the new ministry. Misa Magdalena grew quickly, from an average of 15 people each week to over 50.

Martha would not have predicted that she would accept a leadership role when this Spanish language service finally began. When I first arrived at St. Mary Magdalene’s, she was the quiet lady who knelt in the fourth row from the back at the 10:30 am service. Now, she is an advocate and vestry liaison for our new Spanish-speaking community.

Martha had been asked to serve on the vestry twice in the past. Each time she refused, believing that the members of the vestry would not understand her English and that it would be difficult to understand what was going on. Instead, she offered to serve on the Altar Guild and then as a counter, ministries that allowed her to serve the church without having to speak up too much. She was also a member of the Thrift Store volunteers, a Daughter of the King and taught Sunday School for a number of years.

When Misa Magdalena was launched, she was asked again to serve on Mary Magdalene’s vestry. This time, she said yes.

Some internal changes were needed to ensure that her voice would be heard at the table. The first steps were to address some structural and governance issues. The bylaws required vestry members to also chair a committee or ministry area. I wondered if this might be limiting the growth of potential ministries and preventing new people from stepping up to serve on the vestry. From what I was able to learn, the nine vestry positions mostly rotated among a core group of fifteen people. Once we set aside the committee chair requirement, the door was open for new people to serve.

It was also important that Martha not be the only new member on the vestry. Instead, there would be a group learning together. The senior warden, who had helped steer the church through a challenging time, was stepping down and wondering how she could be helpful in new ways. The executive committee decided that she could serve as “wisdom bearer” for the vestry and mentor its three new members. In that new role, she has gone through ECF’s Vestry Resource Guide with Martha, highlighting important sections. She also calls Martha before meetings to talk through agenda items and provide some context for the ways the vestry operates.

This mentoring has been transformative for Martha. The vestry practices the model of mutual invitation. Each person who speaks invites someone who has not spoken to speak next, so that everyone is heard. Martha was reluctant to participate in discussion at first, but her voice grows stronger at every meeting. Through the mentoring she has received, her willingness to bring her whole self to the vestry and the joy we experience in serving together, we are all thriving.

God’s plan, all along, for Martha and for St. Mary Magdalene

Years ago, feeling alone, Martha tried to join another Latino Episcopal church in the diocese. The priest there told her to return to St. Mary Magdalene, that God had plans for her. Those plans continue to be revealed in beautiful ways.

Martha wanted one of the other founding members of Misa Magdalena to be the Latino representative on the vestry, and maybe in time he will take on that role. But this is her time. That she is known in the congregation, continues to attend both English and Spanish services and has served in a variety of roles, gives her insight into the church and has enabled her to be a bridge builder in the growing relationship between the two communities. The Vestry Resource Guide gave her a tool kit to help her understand the vestry’s role in governance, and her mentor gave her confidence and helped her see that she has a place in the leadership of this church. Through additional ECF training days and support from the Diocese of Washington, she is becoming a faithful member of the vestry and helping guide the church into the future.

The Rev. Sarah Lamming is Priest-in-Charge at the Episcopal Church of St. Mary Magdalene in Silver Spring, Maryland. 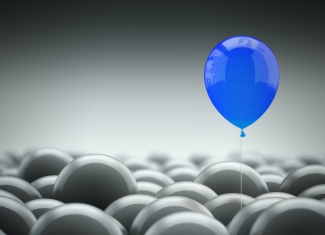