May 2018
Clergy and Lay Transitions

Israeli anthropologist Yuval Noah Harari proposes that our success as a species arose from our ability to create and respond to change. Neanderthals didn’t adapt very well, and they were left behind as the world changed.

Change is often threatening. The church appoints committees and commissions to propose new liturgies. Many of us have seen a new Prayer Book, a new Hymnal and new Bible translations in our lifetimes, yet we often cling anxiously to the old familiar hymns and words. A deacon friend of mine cautions that the seven last words of the church are, “We have always done it that way.”

So transitions can be fraught with anxiety and the fear of losing what we love and expect, of what makes us comfortable and lifts our souls to God. But a system that cannot or will not embrace change, like the Neanderthals, is dead or dying. A system that sees possibility and opportunity in times of change is open to new life and new hope.

I think especially of the transitions that occur when parish clergy leave. Both the congregation losing its priest and the priest who is moving on are often fearful of letting go. I have seen this in the parishes where I have served as the interim rector, and I offer the following suggestions for the times when clergy leadership changes.

Five ways a congregation in transition can prepare for the future

1. Trust that God is on the journey with you and that God has something new in store for you. Don’t forget to say your prayers and to listen to God and to each other. Continuing to pray purposely and intentionally during an interim period embodies the conviction that you are living out God’s word and that you are a part of God’s mission.

2. Be adventurous. Try something new and remember that it is only a trial. Have a plan to assess the outcome and be swift to revert to form if the new effort fails. At one parish, as the prayer list grew longer and longer, no one was able to make the hard decision to stop reading through all the names at every service. The interim clergy leader tried variations to make the intercessions briefer and less tedious and also led discussions on intercessory prayer. While one family left because their soldier son’s name was not read each week, the endeavor got people thinking and talking about the purpose of prayer. They began listening to the weekly intercessions rather than tuning out when the long list of names began.

3. Be generous-hearted to the former clergy leader. Praise the good and ignore the bad. Be diligent in following diocesan recommendations about your relationship with the former priest and let him or her go. Both priest and parish need to focus their time and energy on the future and not on the past.

4. Use the interim period to make needed changes in personnel and staff structure so the new rector will not be burdened with staff difficulties. Replace personnel who are not fulfilling job expectations, and eliminate positions that have become redundant. You might consider inviting parishioners to fill in temporarily and serve as trainers. It can extend and invigorate their involvement in the parish.

1. Love the congregation with all your heart. Listen to them and pray for them. They are staying; you are not.

2. Be there. The congregation is likely feeling somewhat deserted, so be at as many events as you can. Be a faithful pastor to them.

3. Changes in the worship space are upsetting to folks who have always sat in the same pew. Move the furniture very slowly, and only if it is necessary. Before you make a change, explain what you are doing and why. In one church, a new priest tossed out the stained and frayed cushion that held the altar book, only to learn that it had been made from the vestments of the beloved founding rector. While he was repentant, the damage was done.

4. Be a cheerleader and supporter. Identify and praise the strengths of the parish.

5. You are not there to strengthen a foundation upon which something worthwhile will happen someday. You are there to lead the congregation in mission now. The parish is living and growing. One of the most attractive things to priests seeking a new cure is a new project begun during the interim. Such an endeavor shows that the parish claims and supports its mission and is open to new opportunities. Small projects can have large impacts. A parish that focused mostly on social justice outside its walls developed an art show to celebrate the talents of the congregation. The fellowship and appreciation that evolved strengthened the parish considerably.

Transitions can be important times of joy and camaraderie, of remembrance and gratitude, and of spiritual growth. Have fun. God is with you.

Hope Eakins is a Priest Associate at St. John's, West Hartford, Connecticut. After she retired as Rector of St. John’s, Essex, Connecticut, she served as Interim Rector of several parishes and views interim ministry — and all parish transitions — as a time for real growth “in wisdom age and grace” for parish and priest alike. 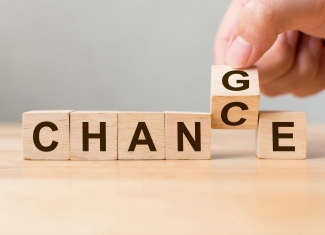