The Sons of Korah

Attend an Episcopal church long enough and you’ll hear people saying things like, “So you’re on the vestry? Well, bless your heart”; or “Oh wow – you’re on the vestry? There’s a crown for you in heaven, for sure!” Add a look of surprise or concern with these statements and you’ve got the recipe for the average response to the idea of being on a vestry. What is it about serving on the vestry that causes such a reflexive response?

Protecting the worship of God

The responsibilities of vestry members are quite weighty. Vestry service can keep a person up at night and deepen their prayer life like never before. Duties that range from executing rector searches to seeing that the parish can continue to thrive for generations to come are nothing to scoff at. While the rector may be the authority in a parish, the vestry is a ministry that guards the house of God – just as did the sons of Korah in the first book of Chronicles.

Shallum son of Kore, son of Ebiasaph, son of Korah, and his kindred of his ancestral house, the Korahites, were in charge of the work of the service, guardians of the thresholds of the tent, as their ancestors had been in charge of the camp of the Lord, guardians of the entrance. And Phinehas son of Eleazar was chief over them in former times; the Lord was with him. Zechariah son of Meshelemiah was gatekeeper at the entrance of the tent of meeting. All these, who were chosen as gatekeepers at the thresholds, were two hundred twelve. They were enrolled by genealogies in their villages. David and the seer Samuel established them in their office of trust.

The duties of the sons of Korah were immense, as are those of our vestries. It is both honorable and yet dangerous work: Honorable in the fact that you are the gatekeepers of God’s house. It is a dangerous ministry, because what you decide and execute will affect the spiritual life of generations to come. Vestry members guard and govern God house, God’s worship, and God’s inheritance in the saints.

So, if you serve on the vestry or have served in the past, as believers in Christ Jesus, we say thank you. Thank you for ensuring that God is honored and adored; and thank you for guarding God’s house, so that we, as God’s children, have a place to meet the Most High.

The Rev. Nicole Foster is a Doctor of Ministry Candidate at Trinity Episcopal School for Ministry, and the founding minister and blogger/vlogger of The Hippie Theologian. She holds a Master of Divinity from Redeemer Theological Seminary and a B.A. in History from Southern Methodist University. She loves to hike, camp, make organic soap and be a beach bum as much as possible. You can follow her on Instagram and Facebook 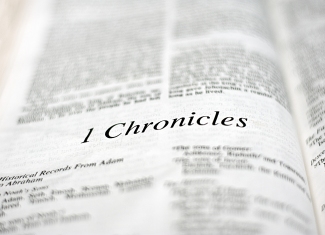