“I Am Trayvon.” “Say Her Name.” “Hands Up Don’t Shoot.” “I Can’t Breathe.” “Black Lives Matter.” These 21st century mantras filled my mind as I ran 2.23 miles to honor and demand justice for Ahmaud Aubrey, who was gunned down by two white men while jogging in Brunswick, Georgia.

By the time I completed the run I was breathless, but not because my legs were tired or my lungs were winded. I was breathless because my heart was heavy and my spirit was troubled. Ahmaud was the latest in a long list of young black lives lost to the hate of white-racist violence. Even though I knew who and what killed these young black persons, there was another question that left me in tears as I closed in on the 2.23 miles: Why have these murders of young black people become so commonplace that, without black protests, they go virtually unnoticed and too often have provided impunity for the killers. In the words of James Baldwin, “what is really happening here?”

The answer to this question is about more than the systemic, structural and cultural realities of white supremacy endemic to the fabric of this country. Rather, it is about the collective soul of America.

Whiteness and the soul of America

The soul connects human beings to our higher, aspirational selves. It animates and propels people to do better and to be better. It pushes humans toward the fullest potential of what it means to be “good.” It reflects the essence of our humanity. The soul of who we are as divine creatures, therefore, is not defined by the mercurial and compromising protestations of human beings, nor is it accountable to the politics and biases of human history. Rather, it is inextricably bound to the “transcendent arc of the universe, that bends toward justice” – that perfect goodness that is the loving justice of God. It is our soul that connects us to the Beloved Community, which God promises us all. This is a community where all persons are treated as the sacred creations that they are.

This begs the question: What has alienated America from its very souls, thereby virtually normalizing violence against black lives? Answer: Whiteness itself.

Whiteness is not a benign social-racial construct. It is both the foundation and capital of white supremacy. It is that which white supremacy protects and privileges. Whiteness, therefore, is an inherently oppositional and violent construct – for its very existence depends upon the marginalization, subjugation, if not elimination, of people of color. As Baldwin rightly observes, “white people’s sense of self for far too long has depended upon the lie that black people are inferior to them; and tragically, what white people have not realized is that in ‘this debasement and definition they have debased and defined themselves.’” It is for this reason that the very soul and, hence, humanity of the nation – especially white America – is at stake. Inasmuch as this is the case, the lives of people of color will always be at risk.

And so, it is a matter of life and death that America be reconciled with its very soul – and hence, its humanity. The nation, however, is without the political and civic leadership that would lead America to discover and become reconciled to its very soul. And this brings us to the role of the church as a community of faith.

Inasmuch as faith is about partnering with God to mend an unjust earth, and thus to move us toward a more just future, then faith communities by definition are accountable to that future. Simply put, they are to be driven by the urgings of their souls. It is left to communities of faith to live into who they claim to be and thus lead the nation back to its very soul.

What then might that look like for a faith community such as the Episcopal church? There are two fundamental aspects: Repentant truth-telling and Restorative letting-go.

The church must model what it means to tell the truth in order to be set free from the legacy of white supremacy, so to live into a new reality. Repentant truth-telling is not about self-serving admissions of guilt so to be exonerated from an inhumane past. Rather, it is about taking responsibility for that past. This means naming the ways the church has been shaped by and continues to benefit from the complex realities of white supremacy – and then most importantly doing that which is necessary systemically, culturally and even theologically to free the church from it.

To engage in repentant truth-telling means, for instance, that the Episcopal church must honestly confront how its past racial attitudes and apathetic responses to racial injustice (like slavery) have contributed to the kind of structures and policies that continue to shape the demographics of the church today.

For example, in what ways is the legacy of being a church of powerful slaveholders embedded in the very cultural, systemic and theological fabric of the church, thereby rendering it over 90 percent white with a persistent reputation of being the church of the powerful elite? After telling the truth about the ways in which the legacy of white supremacy lives on in the church, locally and denominationally, intentional work must be done to free the church from this sinful legacy. It is only in speaking the truth about the white supremacist legacy that is ours as a church, that the church will be able to truly repent – that is, to turn around and do something different. In the words of Ta-Nehisi Coates, “What is needed [in our churches] is an airing of family secrets, a settling with old ghosts,” lest those old ghosts continue to haunt us.

For the church to lead the nation back to its soul involves restorative letting-go. In order for white America in particular to be restored to its very sacred humanity, it must let go of the very privileges of whiteness. As pointed out above, the only way white people can be who they are is by claiming a privilege that belittles the humanity and lives of others, whether white people recognize it or not.

In this regard, it is not about being racist; rather, it is about benefitting from white supremacist realities. One does not have to be overtly racist to do that. To make the choice to be white, even when it is simply a passive refusal to confront what it means to be a beneficiary of white supremacy and its legacy, is an inhumane choice. For it is the choice to see oneself as better than another, and thus, it is the choice to betray the truth of our common sacred humanity.

Therefore, the church has a responsibility to show the way back toward sacred humanity by “letting-go” of its own white privileges. Put bluntly, the Episcopal church has to decide whether it is going to be white or church. For one cannot be at once white and church inasmuch as a crucified savior is at the center of Christian faith. For the fact that Jesus was crucified reveals that he let go of anything which set him apart from his sacred humanity and most importantly from crucified classes of people – the victims of the deadly cultural, political and religious privilege of his day.

Simply put, Jesus’ letting go of the privileges of Jewishness, maleness and even divinity, made abundantly clear that the way to God’s just future salvation comes through solidarity with the Ahmauds of the world, those whose lives are most endangered by the crucifying realities of white supremacy. Why? Because it is only when the least of these are able to live freely into the fullness of their sacred humanity, that God’s promised justice is made real and the sacred humanity of all is restored.

In the end, if churches are to be more than simply social institutions and be truly faith communities, then they must be engaged in the work to dismantle white supremacy and thereby reconciling the nation America with its collective soul, indeed its very humanity. And so, as long as there are Trayvons, Sandras, Michaels, Erics, Tamirs or Ahmauds, the church must do the work of repentant truth-telling and restorative letting go. This is the work that our souls have.

The Very Reverend Dr. Kelly Brown Douglas was named Dean of the Episcopal Divinity School at Union Theological Seminary and Professor of Theology at Union in September 2017. She was named the Bill and Judith Moyers Chair in Theology in November 2019. She also serves as the Canon Theologian at the Washington National Cathedral and Theologian in Residence at Trinity Church Wall Street.

Ordained as an Episcopal priest in 1983, Dean Douglas holds a master’s degree in theology and a Ph.D. in systematic theology from Union. She is the author of many articles and five books, including Sexuality and the Black Church: A Womanist Perspective and Stand Your Ground: Black Bodies and the Justice of God. Her academic work has focused on womanist theology, sexuality and the black church. 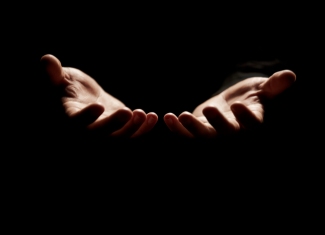