How does true spiritual discernment work with nuts-and-bolts issues like vision statements and parish budgets? All of a sudden, such tasks have the potential to express the heart and soul of a congregation. We asked vestry members John and Mary McClung to describe their experiences in writing a vision statement for St. Mark’s. John was on the vestry that produced St. Mark’s first vision statement in 2004. Mary was on the 2008 vestry that, through more facilitation and guidance of The Work+Shop, revised the earlier 2004 vision statement.

John’s Experience:
I served on St. Mark’s vestry from 2003 through 2005, and was senior warden in 2004. In 2004 our congregation embarked on the most ambitious capital campaign in the church’s nearly 150-year history. Our 80-year-old parish house, venerable and historic qualities notwithstanding, was in need of extensive restoration and rebuilding.

The vestry of St. Mark’s began a gradual process of taking to heart our role as the spiritual leaders of the congregation. Several of us were at a distinct advantage as we sought to find a “new way to meet,” having been involved for about two years in a small group, convened by John Lewis of The Work+Shop, that met weekly to examine our everyday life experiences in the context of scripture.

As a consequence of incorporating these practices that we had learned through The Work+Shop, we became a wiser, more gracious body. Rather than follow the time-honored business/board meeting model of vestry service, we ventured into new territory that began to prove more fruitful and life-giving. For example, our meetings began with Eucharist, study and a shared meal. Over the course of time, we quit looking for the majority vote on issues, and focused on consensus and call.

In the context of these new practices and ways of thinking, the vestry spent the better part of 2004 writing a vision statement. The church had crafted a well-conceived mission statement, but had not taken the next step of creating a more comprehensive outline of goals by which we could honestly mark our progress…or failure to progress. To energize this capital campaign and lay out a vision for the future, the vestry spent many hours in meetings with an outside facilitator with extensive business experience to create a vision statement for how we wanted the congregation to look in the year 2020.

As part of this vision statement, and because St. Mark’s has been an important congregation in downtown San Antonio since 1858, the vestry wanted to proclaim the congregation’s continuing role as a civic resource to the city. Clearly audible in the 2004 vision statement (excerpt below) is the community’s pride in what the congregation had accomplished over the course of its long history.

While it’s safe to say all vision statements are imperfect — and ours was — it was written in the context of a very ambitious undertaking that had been conceived but not yet begun.

When I learned that the vestry on which Mary was serving was revisiting the vision statement, I confess I was initially irritated. Had we done such a poor job? How could this be a good use of time and resources? Looking back now, and comparing the words (below), I see the wisdom of doing so. There was an angst in the first statement that was a consequence of where we were at the time. It is written as if we were trying to convince ourselves “everything will work out.”

Mary’s Perspective:
During my service on the vestry (2007 to the present), we reexamined our three-year-old vision statement in light of new developments in the congregation. While we strove to continue the practices John spoke of above, we sought the increased involvement of our affiliated ministry, The Work+Shop, in our review and reassessment of the vision statement.

In the process, a tension surfaced between the vestry’s conscientious desire to be “responsible” stewards of St. Mark’s money and buildings, on the one hand, and our commitment to follow Christ boldly, on the other. We were not only tempted to rush to put a new vision statement together before the new building even opened, but also to make plans for new ministries and initiatives so that all of the new space would be utilized from the first day the building opened.

As part of this process, and over the course of several months, The Work+Shop presented a variety of biblical passages to guide and stimulate the vestry’s reflection. The first, Matthew 6:25-34, encouraged us to imagine collectively what the kingdom of God manifest through St. Mark’s might look like — without being anxious to do what seems most “responsible.” The vestry discussed how much of our anxiety was grounded in our understanding of what it means to be “responsible.” We began to realize that true responsibility, according to Jesus, rests with envisioning, then participating in, with God’s construction of the Kingdom.

The second passage we used was James 1:12-16: “Blessed is anyone who endures temptation. That person has been proven through testing and will receive the crown of life … No one … is tempted by God … But one is tempted by one’s own desire, being lured and enticed by it; then, when that desire has conceived, it gives birth to sin (i.e.“missing the mark”), and that sin, when it is fully grown, gives birth to death.”

Each vestry member was invited to identify his or her own hopes and desires for how the new, increased space in the building might be used immediately. We reflected on how those desires and hopes might become an impediment to discerning patiently together what the kingdom of God might look like.

Similarly, we considered how our desire to be good stewards of the space (by filling it up right away) and to be “responsible” (even to the point of looking for moneymaking uses of the space) might also get in the way of discerning God’s will for how St. Mark’s might use the space most faithfully in the coming months and years.

Through reflection, we discovered our anxiety and impatience about this period of waiting for our new parish house to be completed. Waiting is hard. But patient, confident expectation is the model of Christ — not worry and impulsive action. 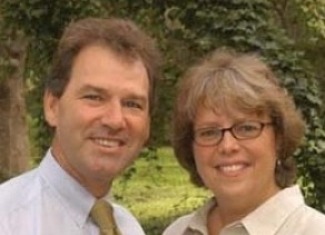