This webinar took place on Thursday, March 5, 2015. The video recording, slides, and resource sheet are available below.

In the year 2000 a Nobel Prize winning atmospheric chemist, Paul Crutzen, and a leading biologist, Eugene Stoermer, made a startling proposal. With the proliferation of the steam engine during the industrial revolution, human influence on Earth's systems (climate, biodiversity, topsoil, etc.) had reached such an extent that the period of Earth's history since the last ice age-the Holocene-had given way to "the Anthropocene," the age of the human. For the Episcopal Church, what are the theological implications of 'The Age of the Human'? What forms of our life-together as a global Anglican communion are already well adapted to an age of planetary uncertainty, instability, and risk? And to what new forms of ministry and mission are we being called? This presentation and discussion will be led by ECF Fellow, Rev. P. Joshua Griffin, doctoral candidate in anthropology at the University of Washington and priest associate at St. David of Wales, Portland, OR. Griff brings a unique perspective through his field work with Kivalina Episcopal Church (Diocese of Alaska), a village of 400 persons which is one of a dozen culturally distinct Native communities in the region now facing an existential threat from the impacts of global warming. Please note that this webinar will begin at 7:00 PM Eastern time. 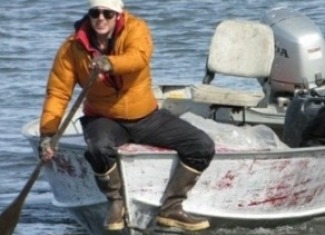