Discipleship from the Margins

Join us for a webinar and discussion on June 12 from 4-5 PM as David Patiño and Atticus Zavaletta share their experiences as young trans people of faith and the gifts of Trans/Queer leadership. They are both actively working in ministry and focus on forming leaders and disciples from the margins. In their work, they try to reach the younger and marginalized segment in faith communities that is often overlooked, and invite those on the outside to come in.

Atticus Zavaletta (pronouns: he or they) hails most recently from St. Mary's Episcopal Church in Harlem, New York, where he served as Pastoral Associate. At St. Mary's, Atticus co-directed Food Programs and founded a monthly Wisdom Circle for elders. Multi-ethnic, transgender, and passionate about ministry, Atticus is honored to share his story as he works to place forgotten and rejected people into the center and raise up leaders from the margins. He currently lives in Baltimore and is discerning a call in the ELCA (Delaware-Maryland Synod). On a given Sunday, Atticus can be found in different pulpits around the Synod.

Davíd E. Patiño (pronouns: he/him) hails from Medellin, Colombia and resides in New York, NY, where he attends the Church of St. Matthew and St. Timothy. Currently, Davíd works at St. Mary's Episcopal Church in Harlem, NY and as assistant to the Canon for Congregational Vitality in the Diocese of New York. Davíd is also one of the curators of GOD'S PRIDE at St. Matthew and St. Timothy - a month long collaboration between Episcopal Churches in New York to celebrate God's LGBT children. Davíd is pursuing a Masters of Religion at Union Theological Seminary and is currently discerning his call to serve God as a trans and genderqueer, queer, Latinx, and immigrant son of God. He is honored to share in a discussion with community on leadership and identity. 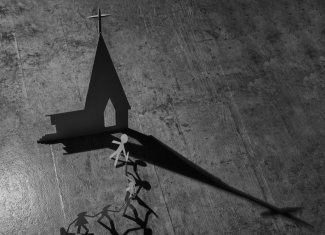