How are congregations being affected by COVID-19?

Recently, The Lake Institute on Faith and Giving released a report on their COVID-19 Congregational study. In this study, roughly 550 congregations across the US were asked questions on topics ranging from participation rates, responses to the pandemic, finances, and how they were planning for the future. Join us for a webinar as we bring together David King, PhD and The Rev. Manoj Zacharia, PhD to discuss key findings including -

Our presenters will guide attendees through the data as it relates to how congregations might plan when the future is uncertain, politics are so divisive, and financial security is unknown.

To read the full study before attending the webinar, click here.

Note from presenter David King: In the survey, we had 20 Episcopal congregations. They followed the general trends that we saw in the mainline group as a smaller sample group from within the larger segment.

David P. King is the Karen Lake Buttrey Director of the Lake Institute on Faith and Giving as well as Associate Professor of Philanthropic Studies within the Indiana University Lilly Family School of Philanthropy. Having served local churches and national faith-based organizations, he is also fueled by facilitating conversations with faith leaders, donors, and fundraisers (of all generations) around the intersections of faith and giving. Trained as an American religious historian, his research interests include investigating how the religious identity of faith-based nonprofits shapes their motivations, rhetoric, and practice.

The Rev. Canon Dr. Manoj M. Zacharia graduated from Vassar College (B.A. in political philosophy) where he served as president of the Virginia A. Smith Debate Society and editor for Real Politik, a student-run political science journal. He earned his first degree in theology (the equivalent to a Master of Divinity) at the Mar Thoma Theological Seminary in Kerala, India, and was ordained through the Mar Thoma Syrian Church (an Anglican Communion partner). He then attended the General Theological Seminary of the Episcopal Church, in New York, where he obtained his Master of Sacred Theology (S.T.M) with a concentration in Christian Ascetic Theology. In the spring of 2018, he completed his doctoral dissertation at the University of St. Michael’s College in the University of Toronto (Ph.D.). 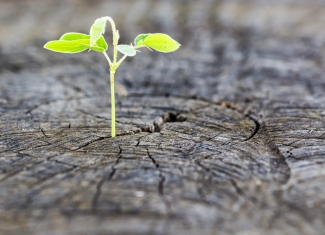