New Life for Congregations and Clergy

It’s not just about money, but money can certainly be a key ingredient.

In 2016, the Episcopal Church Foundation received a three-year grant from the Lilly Endowment to help provide “lay and clergy leaders of the Episcopal Church with resources, tools and other support to help address the financial and leadership challenges of congregational ministry in the 21st century.” Part of this program was the Ministerial Excellence Fund (MEF), which provides “grants to entrepreneurial clergy with the ability to help transform congregations but for whom personal financial challenges provide significant impediments.”

The MEF and the Diocese of New Hampshire

In 2016, The Episcopal Church of New Hampshire was honored to be chosen as a recipient of a Ministerial Excellence Fund (MEF) grant. We were granted $25,000 annually for three years, with the diocese responsible for raising an equal amount, thus providing $50,000 annually to support MEF clergy.

With these funds in place, we identified three promising clergy and three congregations that we knew would thrive under their leadership. Each of these congregations could not quite afford full-time clergy but had the potential to grow into it. Each wanted to call their respective clergy person, and with a grant of $16,650 to each, they were able to do so!

We recognized very quickly the impact of these funds. One of the clergy grantees reported:

“Because of this grant, I have been able to focus fully on making God real to people and to bringing about the Kingdom of God, which could not have happened if I had to have a part-time job. It allows me the flexibility to be there for parishioners when I am needed.”
– The Rev. Tim Brooks, St. Paul’s Church, Lancaster, NH

What we also recognized was that three years was probably not going to be enough time to get the congregations to be self-supporting, and a hard cutoff in grant funding would be a difficult economic shock for them to absorb.

So, we hatched a plan. What if we could extend the grants to five years, and taper them off for the last two? Also, would it be possible to continue this program, bringing on new clergy and congregations as others rolled off? What would it take to continue this for the long term? The plan involved tapering off the grants to our first three recipients and bringing on a new clergy and congregation each year. Over time this would morph into a constant annual funding amount that we could support through our operating budget.

With the help of a second round of funding starting in 2019 through ECF’s Ministerial Excellence Fund, we were able to implement this plan as envisioned. Now that the grants have ended, we are funding this out of our operating budget. To make sure that this support is available for the long term, we have built this into our upcoming capital campaign From Deep Roots, New Life. We hope to raise funds to endow what we are calling the “Ministerial Development Fund” to support promising early- and mid-career clergy and vital congregations than can thrive under their leadership.

MEF grants are making a difference

We now have seven clergy and congregations that have received or are receiving grants. In all cases, the impact has been very positive. It has breathed new life into “stuck” congregations; it has supported the planting of a new church; it has helped a university congregation re-invigorate its campus ministry.

“Help funding a full-time rector gave the vestry a new level of energy and focus. We didn’t spend our meetings stressing over the budget, but instead were able to focus on our mission and service. Eight months after calling our new rector, the congregation grew, our youth programs were revitalized, and we completed a very successful stewardship campaign.”
– Ron Rodgers, Treasurer, St. George’s Church, Durham, NH

As I said before, it’s not just about the money. Although I’ve focused on how grant funds from outside our diocese have helped invigorate ministry in a number of our churches, we couldn’t have done it without clergy leaders who can inspire and vital congregations to work with them to build new ministry. Just giving money to congregations is not going to solve their problems. But when the right people are in the right place at the right time, grants such as the Ministerial Excellence Fund can make all the difference. Thank you, Episcopal Church Foundation, for making this possible!

Benge Ambrogi serves as the CFO for the Episcopal Diocese of New Hampshire. In this role, he is responsible for the financial, legal, and property operations of the Dioceses. He began service with the diocese in 2002 as a volunteer with the Mission Resources Committee and later became a part-time Missioner for Congregational Initiatives. He is also known as “the guy who rode his bike” to all of the Episcopal churches in New Hampshire in 2011 and 2012. With Bachelor’s and Master’s degrees in engineering from MIT, in the secular world Benge has 30 years of experience in the defense, medical, and robotics industries. 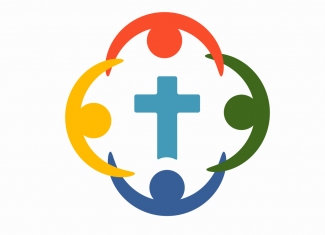