May 2014
Finance and Administration

Who Can You Call?

1 Corinthians 12 reminds us that the body of Christ is made up of many interdependent parts. In the Episcopal Diocese of Massachusetts, Episcopalians model this ministry through the congregational consultants program.

After its 50-year-old boiler finally gives out and is replaced, a parish finds itself in financial difficulty. There are other physical deficiencies in its property and the recent decline in pledge income caused by the death of a particularly generous parishioner has them running through their endowment at a dangerous pace. Not having the financial leadership to deal with the situation adequately, the vestry finds itself spending all of its time on finances with little left to spend on the mission of the church. Desperate, they call the diocese for help.

With over 180 congregations, the Diocese of Massachusetts receives calls related to business matters with great regularity. Leaders of a congregation might call regarding a major problem such as described above or seeking advice related to changing to a new software system or needing help completing their parochial report. For many years these calls were fielded by a single volunteer and the diocese’s CFO; by 2004 the sheer number of calls was too much for the two of them to handle.

Looking to the body of Christ

Recognizing the variety of gifts and skills among the people of the diocese, suffragan bishop Bud Cederholm envisioned a way to alleviate this bottleneck and provide for more proactive assistance to parishes. He thought that there might be a number of people within the parishes themselves with business, management, and leadership skills who might be willing to volunteer their time and expertise for the benefit parishes other than their own.

The result? The birth of the diocese’s congregational business consultants group. The original members were recruited through the bishop's appeal to parish priests asking for suggestions for volunteers. The original group consisted of about 15 people, bound together by their business and parish leadership experience and a love of the church and all its ministries. Their work was coordinated by a full-time volunteer who was retired from a major corporation, and its members included people with backgrounds in accounting, architecture, law, general management, investments, real estate, and other disciplines.

The consultants are on call for congregations that need business assistance, whether identified by the congregation itself or by diocesan personnel, and are assigned by the coordinator based on skill set required and geographical convenience. Over the course of a year, the coordinator fields calls from more than half the parishes in the diocese. The most common requests bear on:

Depending on the seriousness of the matter, questions may be resolved during a phone call or may require a lengthy engagement with the parish. The latter could include multiple meetings between the consultant and the leaders of the congregation (usually the priest, wardens, treasurer, and/or other vestry and committee members). While the diocese doesn’t charge for the services of a consultant, congregations, particularly those with the financial ability, are encouraged to consider the value of the services they receive and make an appropriate contribution to support the cost of this program.

The congregational business consultants group offers annual business practices workshops that are both popular and successful. These half-day sessions include presentations on a variety of topics related to the business aspects of running a parish. Each attendee receives a binder of material related to managing the business affairs of the parish, including a resource guide for congregational business matters, a guide to the utilization of church properties, and suggested policies and procedures.

Shortly after the business consultant group was formed, the diocese formed a second group: congregational coaches. This group of laity and clergy helps parishes with issues related to leadership, group dynamics, and conflict. The congregational coaches are available to help vestry and clergy with management issues and also are available to lead meetings and retreats.

These two groups grew alongside each other, with separate practices and cultures. Over the last few years, the overlapping nature of their areas of responsibility became apparent. It was not unusual for a business consultant to be called by a parish only to realize that the business matter that was presented was only a symptom (and sometimes a minor one) of another larger leadership issue that the congregation was facing. I once visited a parish that had asked me to advise them on the lease of some of their property to a party that would run a food pantry. I found the elements of the lease to be very straightforward and discovered there were vestry members who could do a fine job of crafting the lease. The REAL issue was that there was deep disagreement about whether or not they wanted to lease the space to a third party at all or to continue to run the food pantry as a ministry of the parish.

Conversely, in the course of their dealings with a congregation, coaches often found business issues that would benefit from business consultant involvement. Further, in those situations where both a business consultant and a coach were working with a parish, coordination between the two people was sometimes lacking.

Recognizing the benefit of collaboration, the two groups have merged during the last year into the Congregational Consultants. The merged group meets monthly for camaraderie, coordination, and training and the cooperation between different consultants working with the same parish is improving by leaps and bounds.

Together they make their way around the diocese, helping parishes with payroll systems, annual audits, vestry retreats, and strategic planning. Recently a consultant working with a vestry on leadership issues sought the involvement of another consultant who had worked with the congregation some time ago on financial matters to update that consultant’s financial assessment so that it could be used at an upcoming vestry retreat.

The gift of hope

Diocesan bishop M. Thomas Shaw, SSJE observes that the consultants and coaches are doing work that “we don’t talk about from the pulpit” but which can be “deeply spiritual.” He added, “I wanted to... say thank you, because you’ve taught me over the years that this ministry is critical to building up the body of the church. You’ve preached a sermon to me through your work. What you give to the life of the diocese isn’t just practical. There’s a creativity and a kind of hopefulness that you offer when you help a congregation see that there is an answer to a problem or when you bring a wider perspective and a sense of not being along that wasn’t there before.”

Today the Congregational Consultants succeed because of the expertise and dedication of a constituent group of as many as 75 people. Their love of the church and willingness to share their time and talent with the larger church represents a major asset to the Diocese of Massachusetts. Other dioceses that are interested in how this group functions are encouraged to call one of the coordinators, Karen B. Montagno (617.482.4826x413) or Chris Meyer (617.527.2739). In future articles, we will discuss some of the major activities of the group.

Chris Meyer had a thirty-year career in financial management and controls and commercial real estate. He joined Ford Motor Company's central finance staff out of business school, and rose to department manager before being assigned as chief financial officer of Ford Motor Land Development Company. After work with a couple of regional development companies, he joined a predecessor of AEW Capital management, which invests in commercial real estate on behalf of pension funds. He was with them for almost 15 years as a principal with responsibilities in portfolio and asset management. After retiring from AEW at yearend 2011, he formed his own real estate consulting and investment firm, Centre Street Enterprises.

In 2004, he was one of the founding members of the Congregational Business Consultants, a volunteer group that provides business advice and expertise to parishes in the 180- congregation Episcopal Diocese of Massachusetts. He became coordinator of that group in 2007, and has recently been a leader of the merger of that group into the Congregational Consultants, which provides not only business, but also leadership, group dynamics and conflict resolution services to the congregations.

Try This: Could your congregation benefit from an outside perspective? Here are three questions you might consider:

An outside consultant can often assist with these matters. 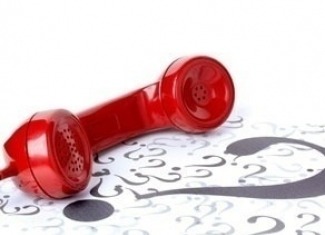