January 2023
What do you hope the Episcopal Church will look like in 2050?

One word –embodiment – expresses my hope for the Episcopal Church in 2050. It would be a place for misfits and truth tellers, for people in all kinds of wear – and most importantly, people who are authentically following Jesus in the world. In 2050, the Episcopal Church would be known as a place where people can be their whole selves, where vulnerability and connectedness are manifest.

Status and the who-you-know thinking would be things of the past. The incarnation, bandied about in rarified spaces in the Church in previous decades, would be made real in embodiment. There would be a radical understanding around connectedness. The professionalization of being an Episcopalian would not exist. Being a Christian would be more connected, more real and not just in the space of a 9 to 5 reality.

Embodied Christianity, lived out in the world

In 2023 it was easier to create resolutions at diocesan and general conventions, but embodiment was much harder. In 2050, my hope is that the Church would be more real. The way we talk about Jesus would be seen in the lived encounter and people in the public square would find Christians protesting injustice because it was what Jesus of Nazareth would have done. Christianity wouldn’t be performative: it would be a lifestyle, a way of living, not a religion. When News reporters asked these Episcopalians why they were protesting, they wouldn’t hear that it was because of some secular understanding of justice or just “the right thing to do.’ They’d hear, “we are following Jesus, trying to imitate him.”

The Episcopal Church in 2050 would be a space where politics is preached from the pulpit – not partisan politics, but the truth of Jesus made contextually real out in the world. It would be lex orandi, lex credendi in incarnational form. The beauty of Episcopal worship, the weight of the words that were said for decades, if not centuries, would be embodied.

Parishioners, old and new, would remember the stinging rebuke of younger Episcopalians or secular activists and see how the words of our beautiful Cranmer were more often than not passed over. They would remember that suited, booted and tied, we'd been professional Christians, but those radical words were not embodied by us. Back in the day, Episcopalians were too scared by politics, too afraid of crossing the vaunted Church and state rubbish. Episcopalians in 2050 would live and breathe politics, the politics of Jesus, not of partisan groups – but a rooted politics, firmly articulated through the beautiful conversation between scripture, reason and tradition.

A way of life that is holy and whole

My hope for the Episcopal Church in 2050 is that it would be a place where wholeness in Christ is celebrated. Purity culture and an anti-body understanding would be anathema, and Episcopalians would feel the deep connection between the body, mind and spirit. They would understand all the messiness of humanity and its giftedness. In 2050, people would see and understand this Church as re-ligio, “knitting things together.” Back in the day, people looked at religion, and in particular mainstream denominations, as spaces that were judgmental and hypocritical, but in 2050 they will see the Body of Christ, committed to a way of life that is holy and whole, beautiful and radical and counter-cultural.

My hope for the Episcopal Church in 2050 is that when people who are not connected to religion were asked about the Episcopal Church, their first thought would be, Oh, that’s the Church that is about love, that cares for all who are marginalized, that stands with the broken-hearted and left behind, that isn’t afraid of being more loving, that practices the way of Jesus.

My hope for the Episcopal Church is that it would live more fully into its unique calling to be counter-cultural and own its vocation, to step boldly into who God has called it to be in the world. People would know palpably that Episcopalians are Christians, because there is something about Jesus living within us.

A beacon of love and truth and justice, fully alive and at work in the world

My hope for the Episcopal Church is that we would claim our high moral calling to be a beacon of love and truth and justice and especially of grace in this world. In a world that is so often riven by a lack of civility and harshness, the grace of our Lord Jesus Christ would permeate all that we do. In 2050, people would encounter and experience the grace of Jesus and it would touch their hearts, mind and souls and transform them.

The Episcopal Church would not be 95 percent white, as it was in 2020, but would be polyphonic, multi-lingual and multi-ethnic in dynamic ways. White supremacy would no longer be our drum beat, because integrated and in touch with our bodies, minds and spirits, we would be more able to confront the systems of our time. My hope for the Episcopal Church in 2050, is that it wouldn’t be beholden to the market and its every whim, but driven, compelled and set on fire by the gospel of Jesus. We wouldn’t be scared of saying something deep and powerful about the realities of the world.

Rectors or priests in charge, deacons, lay folks, church leaders in 2050 wouldn’t be beholden to the market or the whims of capitalism. Back in 2023, more often than not, a preacher would preach from Luke on a Sunday morning and then move to Robert’s rules at a Tuesday evening vestry meeting. In 2050, this wouldn’t be the case. Episcopal clergy would preach the whole Gospel without fear of people withholding their pledges because they didn’t like what the preacher said. My hope is that the Episcopal Church in 2050 would be an institution that is fully alive, as Irenaeus of Lyon imagined, “the glory of God is a human being fully alive.”

The Rev. Ranjit K. Mathews serves as the Canon for Mission Advocacy, Racial Justice and Reconciliation in the Episcopal Church in Connecticut, working with parish and diocesan leadership to make real God’s realm of justice, love and peace.

A graduate of George Washington University and Union Theological Seminary, Ranjit was recently appointed the secretary of the Social Justice and International Policy Legislative Committee for the House of Deputies and is Chair of the interim Task Force of Dialogue with South Sudanese Anglicans living in the diaspora. He is also a board member for the Episcopal Evangelism Society and elected to serve as the Episcopal Church's clergy representative to the Anglican Consultative Council. Previously, he served as Partnership Officer for Africa on the Presiding Bishop’s staff.

Ranjit lives with his spouse Johanna, their two boys Dhruv and Kabir, and their dog Samara in Rocky Hill, Connecticut. He grew up in the Boston area and considers New England home. Ranjit loves national and local politics, pop culture, hip-hop, sports and being out in creation. 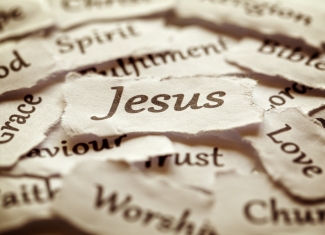