What about that roof? When should we fix it? How can we best reach newcomers? What’s the best insurance policy? We can’t put off that capital campaign much longer, you know!

The process of making such decisions have enormous capacity to bring together or tear apart vestries. One tool used widely to help people understand ways in which they interact while making decisions is the MyersBriggs Personality Type Indicator (MBTI). This landmark work by Isabel Briggs Myers, is based on the theory of psychological types developed by C.G. Jung, the Swiss psychiatrist and founder of Analytical Psychology.

Determining preferences
The tool is not used to measure people’s problems, but rather, to determine people’s positive attributes and preferences for dealing with the world. Over one million people a year are typed by MBTI. Groups and organizations including many vestries, have used it successfully for team building, problem-solving, and conflict resolution.

One of the most significant contributions of MBTI is the way it clarifies our understanding that people see the world through different “lenses,” for we do not arrive at our conclusions and decisions by the same route. In marital counseling, for example, MBTI results immediately transform issues that the couple saw as problems into differences, a more manageable distinction. For example, one spouse might want a lifestyle that is ordered, predictable and settled. The other spouse might want an open-ended, flexible and spontaneous lifestyle. Initially opposites can attract. But unless the couple understands that these are basic differences in personality preferences and not “problems,” the traits may translate into conflict as the relationship proceeds.

Objective vs. subjective approaches
Deliberative bodies, such as vestries, can profit greatly from the use of MBTI. However, some of the lessons of difference may be learned even if the vestry has not had the benefit of the instrument. For instance, MBTI suggests there are two basic ways in which people make decisions. One decision path is through the process of logic and analysis. This is an objective way of making decisions. It leaves the impression that there is a “right” way to do something, and the people involved are required to adjust themselves to this objective solution.

On the other hand, there is a process of making decisions that is based on personal values rather than logic. It “feels” like the right thing to do, making it a subjective mode of decision-making. This method takes into consideration how the consequences will affect the people involved. Indeed the decision is adjusted to the people, contrary to the other mode in which the people must adjust to the logical conclusion.

In a deliberative body such as a vestry, there are bound to be differences of approach and opinion. Realize that differences are simply differences, not flaws in the other person.

Understanding the dynamics
There are additional refinements worth knowing. Some people combine an objective logical way of thinking with the gathering of facts and information. They may also add an organized, settled approach to this combination. Thus there may be some on the vestry who will operate this way: Here are the facts, this is the logical conclusion, and we need to make the decision right away.

By now, you can imagine there may be other approaches lurking in the same vestry. In contrast to the “let’s decide now since we have the facts and logic,” another group will be interested not so much in facts and information as in general principles. They may like scanning possibilities, and taking a big picture approach. They may appear to forsake details, facts and logic in favor of personal opinion and how others are affected.

Unless groups such as vestries understand differences in the personalities of their members, potential conflict and clashes await. The Decide Now folks may perceive the Wait and See people as indecisive and impractical. The Wait and See group may experience the Decide Now types as rigid and controlling, and away we go. The Deciders become anxious if things are left up in the air too long. The Waiters experience anxiety if they are pressed to make a decision too soon for their liking.

God-given gifts
Believe it or not, there is even more complexity in the decision-making process of groups, but this is enough to get the picture. It would be helpful for vestries to have a qualified presenter do the MBTI for them and coach them on how to arrive at decisions using the resources of all the personalities involved. However, that may not be practical in all cases. Understand that different people arrive at decisions in different ways.Differences are not only good but also Godgiven gifts which people bring to the table. Gifts are something to be freely given and appreciatively received.

The Rev. Dr. Perry T. Fuller is an Episcopal priest with twenty-eight years of parish experience and thirteen years as a family therapist. He presently does interim ministry, spiritual direction, and leads retreats in Spirituality and Personality, Benedictine Spirituality, and Contemplative Prayer. 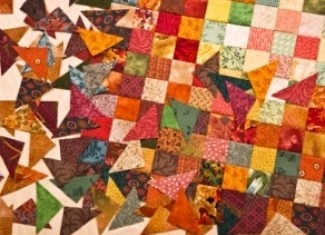