Like pruning a vineyard in a drought, how a parish spends its money during tough times is critical — and like it or not, sends a strong message to parishioners about their own spending.

Outreach: Fixed or variable?
Many years ago I served as a commercial loan officer for a major bank. My area of expertise was lending money to churches.

As bankers, we did not want to ever foreclose on a church. We had to be completely confident that the cash flow was available to pay back the loan.

When we analyzed the profit and loss statement of a church to find the source of
repayment, we always heard the same story: “If money ever gets tight, we can always divert the allocation for missions and out reach to debt service.” Missions and outreach was often a rainy day account that could be used elsewhere, as circumstances warranted.

Tough times
The last two or three years have been tough on stewardship. Major economic indicators are down, personal income is stagnant, and the boom years of the ‘90’s are long over. If your annual stewardship is suffering, are you tempted to reach into the line item entitled “missions” in order to meet other expenses? Isn’t it more important to keep the church doors open than it is to send money to Africa or somewhere else? Someone else will do that. Besides, it is only for a year or two…

Sending the wrong message
When a vestry decides to cut or reduce its outreach budget in order to meet the normal operating expenses of a parish, it sends a message to parishioners: the tithe is variable, and is dependent upon circumstances. If times are tough, it is acceptable to reduce or eliminate what you give to God until things get better. As leaders, is that the message
you want to send?

As a vestry, your parish tithe is basically what you decide to allocate to missions and outreach. It is no different than what a family allocates to charity. Obviously a family’s annual pledge will be controlled somewhat by its annual income, but it should never be considered an expense that can be eliminated as needed. If one’s car payment goes up by $150 a month, does that mean the tithe should go down by that much? The pledge should be impacted by income, not by expense.

Consider these averages
According to the Faith Communities Today study (http://fact.hartsem.edu/denom/denom-frame.htm) the average Episcopal parish spends its money as follows:

How do your parish expenses compare? Of those expenses, which ones are variable and which are fixed? Without getting into deep cuts, assume that “salaries and operating expenses” are fixed. That comprises 69% of your annual income. What of the remaining 31% is variable?

Missions work is almost half of what is remaining. It is easy to see why it is so tempting. Programs and capital improvements are for the members, whereas missions and outreach are for everyone else. Don’t we need to care for our members first? Again, bring this down to the family level. Is a new television or couch or room addition a capital improvement for the family? Should that impact the tithe?

Money actually allocated to missions doesn’t always square with what’s written in a parish’s mission statement. The Faith Communities Today study found that “83% of Episcopal parishes have articulated their purpose and direction in a mission or vision statement. However, this same mission statement is only used to determine spending priorities in 13% to 26% of the parishes surveyed.”

In tough times you have the opportunity to review programs and specific missions you support to see if they align with your mission statement. If they do, keep them. If they don’t, consider them fair game.

An attorney and member of All Saints in Homewood, Alabama, Bill Nolan is the Episcopal Church Foundation’s regional gift planning manager for the Southeastern states, comprising Province IV of the Episcopal Church. He works closely with vestries and individual Episcopalians, assisting them in understanding charitable estate planning and implementing their own planned giving ministries. Email: ecfwgn@bellsouth.net 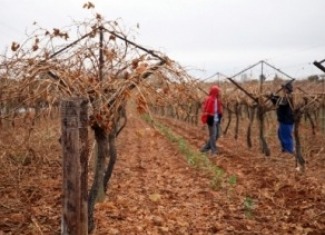