May 2011
Caring for Each Other

Mission of Union and Integration

The mission I set for myself before becoming a priest was to help establish, expand, and sustain Hispanic/Latino ministries in the Episcopal Church. The first time I visited an Episcopal Church it was at an English-speaking congregation and I was the only Hispanic. Shortly after my visit, I invited some of my Hispanic friends who were bilingual so that they could share in the treasure that I had found. As time passed I encountered Episcopal congregations in the Massachusetts Diocese that had Hispanic ministries. I began to feel more at home because I was able to praise God in my native language.

What I now offer as a priest is what I learned as a layperson: a spiritual home that is both welcoming and full of life. As a priest, my vision is to culturally and linguistically integrate diverse communities into a single congregation where we share sacred space, liturgy, and the Christian mission of creating spiritual intimacy in Jesus Christ. My vision for bilingual Christian communities stems from my overall vision—to have spiritual solidarity, hope and love when we share the teachings of Jesus Christ, while also preserving all the beautiful features that distinguish us as creatures made in God’s infinite image.

The congregation that first opened its doors to our Hispanic ministry, which is now based at St. Peter’s—San Pedro Church in Salem, Massachusetts, was Grace Church. We considered Grace to be our “incubator,” because it sheltered and sustained us when we first began. We initially set an exploratory period of three years to see if our sacred adventure could come to fruition. After that time we were able to move to our permanent home in St. Peter’s—San Pedro…our baby walked!

Prior to our joining St. Peter’s congregation, the church’s parishioners as well as its priest had already determined that they wanted—and needed—a new identity. St. Peter’s was a small congregation with little presence in the community and admittedly little life within its four walls. The majority of St. Peter’s parishioners very much wanted to become part of the neighboring Hispanic community, but they lacked necessary financial resources and bilingual leadership. It was the faith and vision of the Diocesan Bishop that initially launched our new Hispanic ministry and helped us find our permanent home. However, it’s important to mention that it was St. Peter’s independent desire, and will, to open its doors to us, and to fully integrate itself within the Spanish-speaking Episcopal community. The first step was initiating a process of preparation and dialogue between St. Peter’s and the neighboring Latino community. During those initial meetings we agreed to focus on full integration, rather than just occupying the space as add-ons. That was how we began to develop our joint sacred mission to create a house of worship for ALL (Isaiah 56:7) while expanding St Peter’s presence in Salem.

Those who have established Hispanic ministries are well aware of the blessings as well as the challenges of integration. It’s not easy to create this new bilingual and multicultural Episcopalian identity. We are human and tend to be reluctant to change. Nevertheless, in order to grow spiritually we must have the necessary flexibility and patience to be able to accept the process of adaptation and change. The letters of St. Paul, for example, show us how difficult the spiritual transformations of Corinth, Ephesus, Rome, and Thessaloniki were. Despite existing desires to convert, there was still much sacrifice needed in order to transform their Christian identities. We need to keep in mind that with God everything is possible!

We will continue to have blessings and challenges in our community as we explore our new identity at St. Peter’s—San Pedro’s church. Among the blessings we have experienced are the annual celebration of our Patron Saint, where young Anglos and Latinos offer a joint presentation of Latin dance music, along with a monthly Episcopal women’s meeting where traditional dishes are shared and the group’s future social events are planned. Some of our English and Spanish speaking parishioners have developed a diaper distribution for low-income mothers, and we now provide translation of our parochial board meetings. These events bring joy, but also a degree of sacrifice. They are not always easy, but collectively we have come to realize that they are necessary to the mission of reaching mutual understanding between our faithful communities. In my work, I have seen that social activity clearly promotes community. We are more relaxed when we have opportunities to know each other as human beings who are different but united in faith. Nonetheless, challenges remain, including financial issues of bilingual community life, the occasional messes left behind by Latino youngsters (that before our arrival was not an issue within the parish), and the complaints of parishioners, both Anglo and Latino, regarding the length of our bilingual service.

What has most greatly contributed to St Peter’s transformation has been vision, preparation, desire, spiritual dedication, and commitment—on everyone’s part—to be united in Christ. We live our mission and vision every day when we look into each other’s eyes and recognize the spiritual being in the other person, when we greet one another inside and outside of the church and when take the time to explore new ways of strengthening our bilingual and multicultural Episcopal church.

There is no doubt that Episcopal congregations within communities where Latinos live want to reach out and contribute. I invite you to explore the spiritual and sacramental transformation gained by providing pastoral and liturgical missions in Spanish and to challenge what feels comfortable and familiar in order to create an open house of prayer for those who are willing to open themselves to what is foreign. It is not easy, but we can open the doors of the Episcopal Church to immigrants wanting to be part of an inclusive and diverse sacramental community that integrates all with love.

For further information about Hispanic/Latino Ministries you may get in touch with Father Anthony Guillén, Hispanic Missionary: aguillen@episcopalchurch.org.

To find the strategic vision of the Episcopal Church in Spanish go to: http://www.episcopalchurch.org/documents/Vision_Estrategica_7-09.pdf

Participate in the next conference of Hispanic ministries Nuevo Amanecer, at the , in August 2012. The Rev. Daniel Vélez Rivera is co-priest in charge of the bilingual and multicultural congregation of St. Peter’s–San Pedro Church, in Salem, Massachusetts, together with Father Paul Bresnahan. 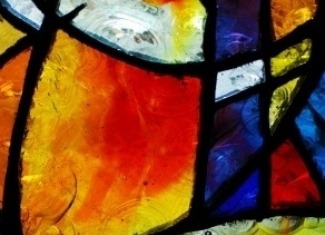