Editor’s Note: In Part I, we heard about St. Alban’s decline, both in size as well as financially, and the tenacious work of the remaining members who dug in their heels and refused to let the congregation die. Part II showcases the transformation that takes place when individuals, through their passion and persistence, make miracles occur.

After the substantial decline in size, a major focus of St. Alban’s has been on growth. When I became rector three years ago, I led the parish in a study of Reclaiming the Great Commission: A Practical Model for Transforming Denominations and Congregations, by Claude Payne and Hamilton Beazley. This shaped our perspective on growth and particularly why we need to grow. Church growth is not simply for the sake of getting bigger, or having more bodies, or balancing the budget. Instead, we believe that if we fulfill the Great Commission (Matthew 28:19-20), then we will grow. Having a sense of urgency regarding the Great Commission has been essential.

Our approach to fulfilling the Great Commission has revolved around: event evangelism, community-focused mission, and a plan to welcome and integrate visitors.

As mentioned in Part I, St. Alban’s reputation in this small, rural Georgia community took a beating in years past as a result of an ugly public split and a variety of other problems that made the news. Many in the larger community had a negative view of St. Alban’s, if they even knew it existed. A strong community focus on our mission and ministries has been essential to our comeback.

Three years ago at a St. Alban’s men’s group breakfast, a parishioner by the name of Marvin (a former volunteer fireman) proposed that we invite the local first responders (fire, police, sheriff, EMS) to bring their best chili for a competition. Marvin suggested that we get sponsorships from local businesses and charge $5 for all you can eat chili. More than just a few of us thought that this wouldn’t work. Why would the first responders even participate? But Marvin continued to talk about his idea, so we started to explore it. Much to our surprise, when he talked to the various first responders they all agreed to be a part of St. Alban’s Chili Challenge.

We continued to work toward putting together this event even though we didn’t know what we were doing and weren’t really sure it would work. Patterned after a golf tournament, we sold sponsorships to local businesses. In addition to the first responder’s competition chili, parishioners contributed their own chili for “all you can eat” chili. On the day of the event, live music, fire trucks, and police cars filled our parking lot. Marvin’s idea turned into a success. To say that we were surprised would be an understatement! And on top of this, we received a significant amount of positive publicity in the community.

As the economy was tanking in 2008, another parishioner, Mary Ann, came to me with a strong feeling that we needed to provide hot meals to a part of our community. But we weren’t sure whom we were to serve. We entered into a month long discernment of this idea. During this period we became aware that at the local Boys and Girls Club some children of the working poor didn’t get much dinner since they were often in the after school program until 8:00 pm. We started STAR (St. Alban’s Response) Dinners, which provides a hot meal for the children one night a week, and STAR Tutoring to help with schoolwork. Funding came from an Episcopal Charities Foundation Grant, parishioners, and beef came from a parishioner who is a rancher.

During this time, another parishioner, Melissa, announced her interest in reviving St. Alban’s Vacation Bible School (VBS). It had been years since the congregation had offered VBS and with Melissa’s passion for this project as the catalyst, we started summer VBS three years ago and opened it to any child in the county. As a result, we have had between 45-72 children each year at VBS, and have gained several new families as members.

Last year, just a few days after I added new mission opportunities to my prayer list, a parishioner, DeDe, came to me and suggested a rather unusual mission project. DeDe’s idea was that we could partner with the local jail to plant a community garden on several acres of their land, and the vegetables would be given to the poor in our county. She had explored obtaining grants from ACTION, Inc., which dispersed funds from the American Reinvestment and Recovery Act. After the phone call I thought, “Whoa!” and wrote “prayer answered” next to new mission opportunities.

The next Sunday we had a meeting to see if anyone else felt called to this mission. About 10 parishioners showed up, including some very good gardeners. Our parishioners provide time and know-how to show inmates how to garden. Inmates receive one day off of his or her sentence for each day worked in the garden.

The vegetables are given to those in need in our county with St. Alban’s serving as a distribution center. Last summer 265 families (a total of 486 individuals) were provided with a box of vegetables each week. You can read more about the Jail Garden Ministry at: http://waltonwellness.org/Garden_PathwaysWinter_2010-2011.pdf.

We felt it was crucial to do everything possible to welcome and integrate the people who have already expressed an interest in St. Alban’s: our visitors. An evangelism team was recruited, with a vestry member as the team leader. They adopted the Integration program developed by St. David’s Episcopal Church in Roswell, Georgia, which outlines a series of contacts with visitors designed to integrate them into the parish over a period of time.

Each of these event evangelism and community-focused ministries has been covered by the local newspaper or appeared on the local cable channel. Many in our community are now aware of St. Alban’s for positive, rather than negative reasons. The parishioners of St. Alban’s can justifiably feel good about their Church and can be proud to invite a friend to worship with them.

What has been the impact on growth? Three and a half years ago average Sunday attendance was 46. Now average Sunday attendance is in the low 80’s. But sometimes we now have 90, and even 100 folks, worshipping with us. St. Alban’s is still a small church, but now it’s a bigger small church. There is still much to be done at St. Alban’s, but bright green shoots are indeed growing from the stump.

The Rev. Brent Owens is the rector of St. Alban’s Episcopal Church in Monroe, Georgia. 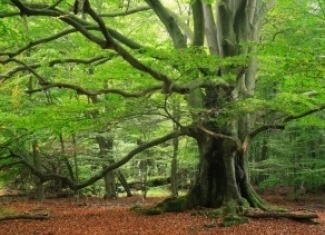