From Casseroles to Congress

Ohio Episcopalians have found a way to boost low-wage neighbors out of poverty even if their own parish budgets are shrinking. The secret is recruiting volunteers to help people complete tax returns and applications for public benefits like food stamps.

Here are just a few of the impacts:

Daily breakthroughs like these put real faces on the data released by the Census Bureau in November showing that federal tax credits and public benefits are especially valuable to families with children. In 2010 the Earned Income Tax Credit (EITC) reduced the proportion of children living in poverty from 22.4% to 18.2%. Without food stamps (now called SNAP), 21.2% of American children would have fallen below the poverty line.

Last winter Bread for the World estimated that federal tax credits would put $10 billion into the budgets of low-wage American families this year, twice what all US food charities will raise in contributions. “Refundable” tax credits like the EITC operate as a negative income tax, and can put thousands of new dollars into a family’s budget. The maximum EITC benefit for a family with three or more children is now $5,751.

Congress’ 1996 welfare reform included food stamps, Medicaid, and child care vouchers as “work supports” to close the gap between entry-level wages and the rising cost of living. These programs have proved increasingly crucial to keeping working families above water. The average Ohioan’s wages have gone down $7,000 since 2000. One point three million Ohioans have lost employer-provided health insurance, and costs for food, rent, utilities, gasoline, and health care have shot up.

Recruited by the Episcopal Community Services Foundation (ECSF), Episcopal churches in Cincinnati and Columbus were among the first sites to use the Ohio Benefit Bank free web-based software designed for the National Council of Churches to enable volunteers to fill out tax returns and public benefits applications. Launched in January 2006, the Ohio Benefit Bank has connected families with over $555 million to meet essential needs.

The timing was providential. As the recession hit, plant closings from Dayton to Martin’s Ferry pushed the state into crisis as thousands more people lost manufacturing jobs with benefits. Episcopal volunteers have been able to help families maximize their tax credits and enroll in food stamps and Medicaid, freeing up scarce dollars to use for rent or mortgage.

The Benefit Bank is now live in ten states, but 80% of the impact has been achieved in Ohio due to the unique implementation strategy designed by the Ohio Association of Second Harvest Foodbanks in training over 5,000 people – most of them volunteers – in churches and grassroots nonprofits.

The Benefit Bank relies on trained counselors, most of whom are volunteers. Training provides counselors with the skills and knowledge needed to assist clients with taxes, benefits, and FAFSA as well as best practices for setting expectations with clients, maintaining privacy, handling sensitive questions, and reviewing follow-up procedures.

Training for counselors and access to the web-based software is free. Public and private grants keep the software up to date. Since its launch in 2004, the Benefit Bank has added several new benefits. In 2010, for example, ECSF recruited churches to offer clinics showing students how to use the Benefit Bank to complete tax returns and the dreaded FAFSA form (the gateway for all financial aid) in one sitting.

Many states have launched online self-serve application forms for public benefits. Churches with Internet access can easily add tax and benefits assistance to their food pantry or GED class. Volunteers can use their own laptops. If your state isn’t part of the Benefit Bank, the IRS’s VITA program or the AARP can train your parishioners to assist people with tax returns.

In Ohio, Episcopalians’ growing understanding of the impact of public benefits has lifted our focus from casseroles to Congress. Both Ohio dioceses passed resolutions in 2010 calling on governments to preserve nutrition funding as they tackle deficit reduction.

In the past year, grassroots hunger programs have collected thousands of first-hand stories illustrating an appalling range of Ohioans who no longer earn enough to meet their families’ basic needs. This avalanche of stories helped prevent the state legislature from cutting funds for food in a year when most other human services were slashed.

We’re now trying to prevent the U.S. Senate from approving a House-passed bill that would cut federal funding for emergency food by 20%, even as food pantries are struggling to meet yet another year of double-digit rises in the number of people turning to them for aid.

Great cooks in your parish should continue fixing those scrumptious end-of-the month community dinners. But if you have parishioners who like people and enjoy the Internet, mobilize them! With 90 minutes effort they could lift a family into stability for a whole year.

Ariel Miller is the Executive Director of the Episcopal Community Services Foundation in the Diocese of Southern Ohio. To learn more about the benefits outreach strategy or to volunteer, contact MaryJo Woodburn at the Ohio Association of Second Harvest Foodbanks: Maryjo@oashf.org. 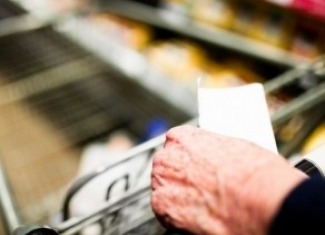