Just as the Great Commission—“Go therefore into the world to make disciples of all nations”—does not go into great detail on how exactly to accomplish that mission, so the canons of the Episcopal Church are not particularly specific about the responsibilities of vestries.

The vestry “shall be agents and legal representatives of the Parish in all matters concerning its corporate property and the relations of the parish to its clergy” (Canon 14). That’s the whole thing. Being from David Letterman’s Indiana hometown (I used to shop at the store where he carried out groceries) and to provide a little more meat on the bones of how ought a vestry to act—here is my Top Ten list of how I understand the responsibilities of vestries:

A three-time senior warden at St. Paul’s in Indianapolis, Scott Evenbeck is the dean of University College at Indiana University Purdue University Indianapolis (IUPUI) and was the first lay President of the Consortium of Endowed Episcopal Parishes. A longstanding deputy to General Convention, he chaired the House of Deputies’ Committee on Education in 2000 and 2003. 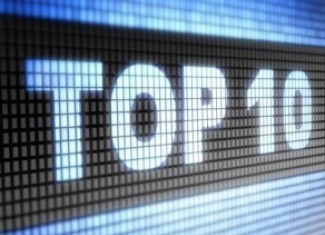