Latin Americans in the United States generously donate money, leadership, and talent to the Church. It’s important for them to see their resources being used prudently and to know that they’re truly contributing to the welfare of their church community. Many of their contributions are not financial but as the saying goes “time is gold” and it is clear that parishioners offering services—from singing and playing music to cleaning the church, serving as a receptionist, painting meeting rooms, organizing rummage sales, or teaching religious education—do indeed save the church a great deal of money. It is also a way for low-income parishioners to contribute comfortably and meaningfully.

Encouraging Latinos to donate to the church through weekly pledge envelopes may involve some explanation. Hispanics traditionally tend to focus their aid on one poor family that they have a personal relationship with. They tend to donate goods in times of need, like sacks of rice, cans of beans, etc., rather than placing donations in a basket by the altar.

However, both approaches to giving may be utilized. For example, give parishioners an opportunity to donate a basket to a specific family or let them know that you’ll use their funds to donate needed food items after the service. These actions speak more directly to the Hispanic sense of generosity while also letting them fulfill their sense of responsibility toward the church and community at large.

Latin Americans are a significant part of the American population, it’s important to understand who they are and to honor their warm religious traditions. I will take a moment to give some background.

Aside from their time and money, Hispanics or Latinos, as the Census Bureau calls them, have been contributing their culture and traditions to North America since the 1500’s. Latinos who now live in the United States come from different countries, as well as from urban and rural areas. Most of them are Spanish speaking, but some have kept their Indian languages. Much like European immigrants, Latin Americans emigrated mainly for political and financial reasons. Many of the young Latinos born in this country are bilingual or speak a mix of Spanish and English creating what is known a “Spanglish”. Many second and third generation Latinos who have thoroughly assimilated over time are now eager to learn of their roots while others have been able to maintain their culture and language becoming bilingual and bicultural. The majority of Latinos are Catholics or Protestants.

For most Latinos, family and religious values are central to their daily life. A clear example of this is in the money that many Latin Americans send to their families in their countries of origin. Many Latinos work long hours and make great sacrifices to be able help support their extended families in Latin America. However, their contributions are not limited to sending funds abroad, they also contribute to the American economy by creating businesses that generate employment and by doing jobs that others don’t want to do, such a picking the fruits and vegetables consumed by Americans every day.

There are many examples of how popular religiosity among Latinos has carried through generations of Latin Americans residing in the United States, such as the Day of the Dead, All Saints, and All Souls days. The Day of the Dead is celebrated with special food items, such as buns with skulls imprinted on them and other representations of death. The celebration of Christmas starts December 16 with the posadas and ends on Christmas Eve, on December 24. Christmas is greeted with music, dance, and parties that move from one house to another, imitating the Sacred Family’s journey to find shelter. In many parts of the US they celebrate Midnight Mass. Many families drink hot chocolate and churros and open presents when they return from church, while some families still celebrate the Feast of the Three Kings, when according to the Holy Scripture Kings Melchior, Balthazar, and Gaspar followed the star to Bethlehem, where Jesus was born. Between December 25 and January 6 some Latin Americans celebrate what is known as the Octavitas, special prayers and festivities in houses or churches.

These lovely religious practices, full of tradition and charm, enrich both Latin and North Americans.

Armantina R. Peláez is a parishioner and member of the Vestry of the Comunidad Episcopal Anglicana de San Pablo, in Paterson, New Jersey. 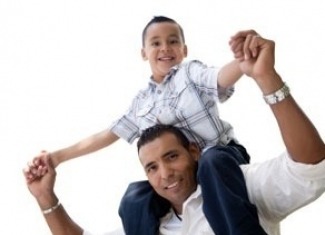