What Fresh Hell is This?

“What fresh hell is this?” Surely Dorothy Parker’s expression or something very much like it was Joseph’s response to the decree mandating a trip to Bethlehem in the final days of Mary’s pregnancy. Burden heaped upon burden. In years to come songs would sweeten that trek to the little town of Bethlehem, but just then Joseph could barely manage the weight of Caesar’s decree and his wife’s condition. From where he stood, Joseph’s predicament was a study in hopelessness.

Many can feel Joseph’s pain; these aren’t easy times for a lot of people or for the church. Resources are tight; spirits flag. Few know this better than those who, like Joseph, bear the responsibilities of relationship. As Diana Butler Bass notes, “Hopelessness…has worked its way into the spiritual DNA of many churches and denominations. It is hard to hope for the future when your congregation is declining, the Sunday school is empty, people are arguing about the issue du jour, and there is little money to pay the pastor—and when programs to increase numbers and vitality have failed.”

A rich, mature spirituality acknowledges and embraces difficulty. To the extent that we allow the frenetic frivolities of the holiday season to distract us and encourage us to denial, we waste the opportunity to engage the hard truths that gave the birth of Jesus its deepest meanings as the incarnation of hope. As Bass rightly acknowledges, “Hope and courage begin with honesty.” Thus this is the season to embrace the difficult truths of our lives, to acknowledge the darker, depressing side of the holiday that is for far too many their experience of this season—to see these weeks from the perspective of the central characters in the biblical narrative. Beneath sweet, endearing reenactments of the tale and melodious carols to the same, there lies the crushing sadness of it all. We’ve no need to preach the shadow of the cross that falls upon the manger; the story supplies all the shade needed to convey the despair it embodies. Without this reality, hope lacks context.

Genuine spiritual leadership demands a courageous truth telling. The apostle Paul was bold to acknowledge that hope is made of those sufferings that call us to endurance, that endurance builds the character within which hope may be born. (Romans 5:4), and that hope itself is manifest in patience that waits for what we do not see, a patience accessible only through abiding faith that God will ultimately prevail. (Romans 8:25).

Advent’s characteristic waiting is not the anticipatory expectation of envisioned gift—like the child’s wishful waiting for Santa, or even the pregnant mother’s and expectant father’s apprehensions of birth—but a more difficult waiting, a waiting with no tangible outcome accessible to us, exactly the kind of waiting demanded of us just now: waiting for that which we cannot yet see. Or even imagine.

We’ve no idea what the future holds for us, for the church. We forget (to our peril) that neither Mary nor Joseph could’ve anticipated the fullness of their child’s life, much less its enduring power in our own lives. Any and all suggestions to the contrary have been read backward into the story, many centuries after those at the heart of the story had lived and died. None of the apostles could ever have imagined the church as we experience it; none lived to see even an approximation of it. The human aspirations and apprehensions met in Bethlehem’s manger were overlooked by all those present and many who followed for centuries after, for their hopes and fears were founded upon models of messiah and kingship Jesus steadfastly refused. None could’ve imagined what God was accomplishing—would accomplish— much less how and in whom.

This isn’t say that we’re to despair, but rather that true leadership in the community of the faithful is unafraid of truth and steadfast in trust. When we let go our own fantasies of a personal or congregational future conforming to our own desires and designs, we open a space ready to receive God’s surprise, the life promised us. We’ve no idea what awaits us but in the darkness of that scary not knowing, the light of Advent shines. We take our places with Joseph and Mary at the center of that fresh hell—that wearying trip, compounded by advanced pregnancy, to comply with an onerous imperial order of census and taxation, to a city lacking adequate provision for them—to find ourselves at a stable, staring into the face of a baby whose future is as tenuous and as unknown as every child’s.

That’s what we’re called to, what we come to in this and every Advent. A new life is being born and though we’ll not live to see it fully grown, we hold fast to the assurance of that “God whose power, working in us, can do infinitely more than we can ask or imagine.” (Ephesians 3:20) And we rejoice to be here.

Sam Portaro is an Episcopal priest, a graduate of the University of North Carolina in Chapel Hill, Virginia Theological Seminary in Alexandria, and Princeton Theological Seminary, where he earned a DMin. He served at The College of William & Mary and Bruton Parish Church in Williamsburg, and retired in 2004 after twenty-two years as Episcopal Chaplain to The University of Chicago. He is on the faculty of CREDO Institute, conducts Quiet Days and retreats, has served as a consultant and preacher nationwide and in England, and is a Trustee of the Pullman Educational Foundation in Chicago. He is author of eight books. 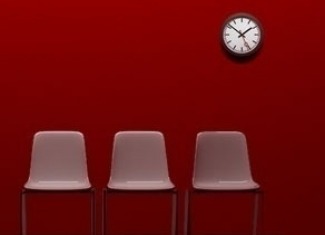