My heart sank when I heard the news.

“Candy needs you to come quickly!” It was Maria, one of the ministry coordinators at our congregation’s Latino/a mission, La Gracia. “Ivan has been arrested by immigration.”

Ivan is Candy’s husband and the father of their three small children. He is an amazing father, husband, employee, and church member. He has lived in the US since he was five. None of that matters now. Short of a miracle, his wife and daughters as well as his autistic son will soon be without him.

On Sunday, when I share this story with members of Grace Episcopal Church, it is not only painful but personal. Many at Grace know Ivan. He retiled our kitchen counters last year. Some have seen him at the bilingual Christmas service, met his children at the Pancake Supper. The pain is not abstract. The injustice is not theoretical. Those who get involved in trying to advocate for him must deal with the frustration of a complicated and arbitrary system. It is difficult work, and now it is ours.

So, how did Ivan’s story become our own?

Our ministry is rather unique. We are a small congregation, Grace Episcopal Church, in southwestern Idaho in the town of Nampa. La Gracia, our mission congregation is 15 miles away in a migrant worker camp and low income housing authority.

Our Latino ministry began at Grace Episcopal almost as soon as I came to the congregation. Since Spanish is the first language of many people in the area, this seemed to me an obvious evangelism opportunity.

Early on we invited the Rev. Roberto Arciniega, the provincial missioner, to meet with a group of parishioners. He spoke candidly about the challenges and possibilities. As the meeting went on, resistance and anxiety dissipated.

Our first plan was to offer a Spanish language service at Grace. Since I do not speak Spanish, we asked the Rev. Ray Oropeza, a retired priest, to officiate in exchange for use of Grace’s vicarage. This was never successful: Many of the interested families lived outside of the city of Nampa and the bus service they used on Sundays was discontinued.

The experience led us to an isolated community of predominately low income Latino families. We decided it only made sense to take worship to them rather than trying to get them to us. We handed out fliers and obtained use of their community center on Sundays. Our first service was Palm Sunday, 2008.

Then Rev. Oropeza died unexpectedly. The grief expressed at his passing made it clear the ministry needed to continue. We were glad when the Rev. Debbie Graham offered her services for a time. When she left, I began doing the liturgy in Spanish. The children’s message is in English and we rely on translators for the sermon, announcements, and pastoral care. Once a month, the Rev. Blake Coates, whose Spanish is better than mine, comes from a nearby town to celebrate. My constant prayer is, please God send us a priest who speaks Spanish!

A number of members from both congregations now volunteer in various roles. Besides worship in Spanish, La Gracia serves as a resource center. Maria Arana and Ofelia Dominguez, part -time ministry coordinators, connect people almost daily with the resources they need. They also organize education events and opportunities at the site utilizing a network of providers. Afterschool tutoring is available three days a week, a free kindergarten readiness program is offered in the summer and there is a community garden. We began our fifth year on Palm Sunday.

The mission grew slowly in the first two years.

Members of Grace Church supported the work mainly by allowing it. There had been some resistance to having a Spanish sign at Grace, so when worship moved offsite, it gave those struggling with a change of heart some breathing room. We kept reporting the work and telling stories. We also had bilingual services for special occasions such as baptisms or first communions. Some took pride in this brave new thing. Others weren’t so sure. Those who were struggling often talked with one another. This gave more positive members an opportunity to be reassuring. As the priest I often heard about these concerns when it was, blessedly, too late! My personal challenge was to be objective and nonreactive.

Changing hearts and minds is a slow process.

People’s goodness must be constantly reaffirmed. When you connect a challenging idea with that vulnerable place of generosity that resides in each soul, transformation blooms. A significant turning point was Christmas Eve, 2011. The church was packed. When it was time to read the Gospel, thirty beautiful Latino children joined those gathered around the altar for the Christmas story. The half-full glass of bilingual celebration (none of us understand half the liturgy!) suddenly overflowed with the joy of Christmas. A profound connection was made through our common love of children.

Everyone hasn’t continued with us, but others have joined, drawn to our heart for mission. In 2012 we partnered with the Farmway Housing Authority to remodel a storage building that was transformed into an onsite facility that allows us to do weekday programming, giving volunteers more opportunity.

Grace Church now has a dedicated office and nursery area and use of a common room. This makes ministry programs possible and much more practical, so we are in the beginning stages of developing new programs in partnership with Farmway residents. We assist two churches in the diocese with a kindergarten readiness program we developed and offer at La Gracia. Children from both congregations explore together in our hiking group, Adventure Club, and take part in a bilingual, multigenerational summer camp, Camp Oropeza.

It isn’t easy. We struggle with finances every day. We constantly stand with one foot beyond our comfort zone, trusting the Spirit to put firm ground beneath us. We are learning to rejoice in small victories, to give up, again and again, our preconceptions and unconscious disapproval of ways that aren’t ours and people who aren’t us.

The short answer to how we got here is, “one step at a time.”

We simply made one decision to be faithful and then another. We didn’t wait for everyone to get on board, develop a five year plan, or get all our ducks in a row. We kept it simple and expanded as there was need and capacity. In the end, I suppose, we trusted God and we trusted one another.

As I come to know the people we serve, I think it is doubtful that they would ever ask for someone to bring them a church. At the beginning all we knew was that in this community, all the reasons former Catholics leave and come to the Episcopal Church applied. Before La Gracia was established, an Episcopal Church nearer to the housing authority had done some outreach there, supplying food baskets, computers, etc., but never made any relational contact or considered worship. I think we were all scared off by not speaking Spanish. We had an opportunity to meet that challenge with Rev. Oropeza and we took it. Once we were in over our heads, we decided we better learn to swim!

Are we glad we came?

As I said, it hasn’t been easy. Here at Grace Church we had no idea that in changing our hearts God would break them. Jesus was right. The path is narrow. It’s amazing the baggage that has to go! But, we have certainly come to a deeper place. We have a rootedness and a peace and maybe even an excitement that we didn’t have four years ago. We have more skills, more friends, more knowledge, more humility and lots more patience! We’re beginning to see beyond race, language, and class. We’re more comfortable being uncomfortable for the sake of another.


Karen Hunter has been a priest in Idaho since her ordination in 1998. She served both the Episcopal and Presbyterian churches in the small mountain community of Salmon, Idaho before coming to Nampa and Grace Church in 2007. She was also the part time Canon for Education and Formation and the editor of the diocesan newsletter several years. She is a native of Montana where she began her professional ministry as a campus chaplain at the University of Montana in Missoula. She served as a lay vicar at St. Mark’s, Anaconda, Montana and Church of the Redeemer before her ordination. She and her husband Randy have two sons and five grandchildren. She does not speak Spanish, but has learned to read well enough to preside at Eucharist. 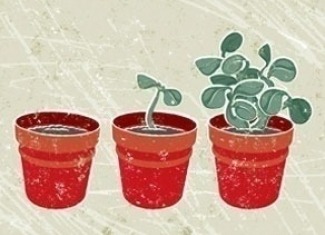