“Our backs are to the wall. We’ve got to start fighting if we are going to hold on to our church.” The year was 1958 and the conversation was about money. For years the congregation had been trying to recover from the closing of the textile mills and the departure of the workforce, many of whom were parishioners.

The history of Christ Episcopal Church in Biddeford, Maine tells the story of how this church, organized in 1869 to meet the spiritual needs of mill workers from England, developed into a working class faith community committed to feeding all aspects of the lives of Biddeford residents. This history shares the church’s commitment to the community and choices made, through periods of growth and decline and frequent financial struggle.

In 2008, the congregation of Christ Episcopal Church in Biddeford decided to let go. And in letting go, they were reborn – intentionally transforming themselves from a house of worship to a Jubilee Center – and discovering that, as Seeds of Hope they were now sharing God’s presence and abiding love with so many more people than they ever would have as Christ Church.

Here is our story:

At the end of 2006, the Christ Church congregation needed to make a decision. Having a three quarter time rector was becoming impossible to support; the position was reduced to half time, the priest left, leaving the congregation in need of a new priest.

As the new priest-in-charge, called in 2007, it was clear that the congregation was at a low point. After several months together, conversations began happening in earnest as to the future of the parish. Two things became clear. First, because most of the people served by the parish are poor, working class, or on fixed incomes, the size of the congregation could triple, but it would have little effect on the budget. Second, residing in one of the poorest sections of the city illuminated how much desperate unmet need surrounded the tiny church.

For many years there had been conversations among congregations in Southern Maine regarding collaborations, mergers, and the like. Each time, the conversation ended with no substantive change. This time, the conversation focused not on our survival, but on our ministry in our neighborhood and the community. From the very beginning, it felt different.

Our parish hall was ‘home’ to a number of community organizations. Each of these groups served the poor in Biddeford and, like us, wondered how the need could ever be met. We gathered and talked. What services were being offered? Where were there overlaps? Where were the gaps? How might we work together to better serve our community?

With this collective insight, supported by a sister parish, our 15 congregants came to understand that they were articulating a Jubilee Ministry mission – serving those in need and trying to help break those things which kept people in need.

This was a critical moment in the life of the parish. With an endowment already in place, the parish could have decided to reduce the priest-in-charge position to an even smaller percentage and continue for a very long time. Or, members could act on the Baptismal Covenant and take the risk of expending all of the endowed income on serving others, perhaps eventually closing the church or become something very different. We chose the latter, and have never once looked back in sorrow. A new kind of mission was born:

“The Seeds of Hope Neighborhood Center offers hospitality and support to all those who pass through our doors. The collection of our efforts strives to offer hope to those who are struggling, care for those in need, advocacy for those who have been silenced, companionship for those who are alone, and compassionate love for all.

“As a Jubilee Center we will partner with poor and oppressed people, wherever they are found, in the spirit of mercy and justice - to meet basic human needs and to build a just society.”

With support from the Diocese, the Seeds of Hope Neighborhood (Jubilee) Center has continued to expand its conversations into the community, including the neighbors served, the city of Biddeford, multiple social service organizations, sister churches in surrounding communities, community and civic organizations, the local University and interested individuals. It has grown from being open two days/week and serving breakfast to 10-15 people a day, to:

Operating as a non-sectarian organization, all services are available for everyone. A balance has been struck between creating a climate that is welcoming to everyone, regardless of his or her background, including religious beliefs, and being responsive to those who are seeking spiritual support. And, although the worship services at Christ Church have been suspended, pastoral care, occasional services, and reconciling love permeates the Center. All of the programming, volunteer recruitment and training, outreach, and collaborations are grounded in the Baptismal Covenant of the Episcopal Church. The Community Guidelines and the ways in which they are implemented are based on a very basic principle: everyone who walks through the doors is a precious child of God. This principle requires two components: everyone deserves to be treated as such, and has a responsibility to treat others the same.

This work is counter-cultural for those who are served at Seeds of Hope, many of whom live with violence in all its forms on a daily basis. Communication can often be narrowly defined by profanity, threats, or silent submission. Our work is the daily acknowledgment of the dignity of every individual and offering compassion and kindness. It is about having high expectations for behavior and offering, sometimes for the first-time, loving boundaries and the accompanying caring environment. The work is giving the opportunity to people who don’t know God but know the staff and volunteers of the Center, to know God because of being cared for at the Center.

The spirit of Christ is alive at the Seeds of Hope Neighborhood Center. The holy conversations over the past six years have given more visibility to God’s presence and love as manifested in the work of Seeds of Hope than the small parish could have done on its own. Former members of the parish have transferred to a parish in a neighboring community, but their hearts continue to hold Christ Church/Seeds of Hope in prayer. And our hope is that in time we will once again foster a regular worshiping community, although likely in a different form than Christ Church had been. When caring for God’s people is the foundation of the conversation in our communities, truly, the listening and sharing are holy.

The Rev. Shirley Bowen is the Executive Director/Chaplain at Seeds of Hope, and helped bring the Jubilee Center into being in 2008. She has served as parish priest at Christ Church from 2007 – 2012, and also served as the Campus Missioner for the Diocese of Maine. 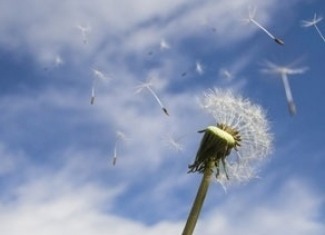