If spiritual vitality of a congregation were measured, where along a continuum would the members in your church be?

For 12 congregations in the Diocese of Chicago, including St. Charles Episcopal Church, spiritual vitality would be high.

A medium size church in suburban Chicago, St. Charles participated in the diocese’s RenewalWorks pilot project. While I was present for the initial assessment, the work of evaluating the data and planning our response took place during my sabbatical.

I returned to an energized evaluating and planning group, and four action steps, none of which included anything to do with stewardship. The four steps were:

As we began the process of sharing our vision and building energy and excitement we began to see more clearly how business as usual had been sapping the energy from our mission. We began to look at how spiritual renewal might have a positive effect on everything we did, often in ways we had never thought about before.

Last year’s budget debate at the annual meeting provides an interesting example. As always there was much conversation on the need to grow the budget. What was original was the discussion that centered on the budget as a reflection of the spiritual faith of the community. There were comments about the need to continue to grow the faith of the community, to better discern God’s mission for our community, and to better attract and integrate new members of the broader community into the life of the parish. Though triggered by a shortfall in the pledge drive, the response was regarded more as a crisis of faith, the perception of a disconnection from the abundance of God.

Coming out of that discussion, our stewardship group renamed itself “The Generosity Project” and began broadening their vision, working to heal that breach. Using a spiritual gifts assessment tool they hosted small group meetings to help people become more aware of their own spiritual gifts. Heading into the fall pledge drive they are working to explore the different ways people perceive their own spiritual discipline of giving, and how to present information in a compelling way regardless of their different understandings. The work continues, but I am optimistic about the outcome.

So, when it gets right down to it, did RenewalWorks affect our stewardship? Directly, no, but indirectly very much so. RenewalWorks has helped to move us away from a consumer mentality of working to provide church to those who come to the building on Sunday, to a missional spirituality of being the church in the world, a vibrant part of God’s mission of reconciliation to the world.

Bill Nesbit came to St. Charles Episcopal Church in St. Charles, Illinois in 2000 and his laughter has been heard through the building ever since. Starting out as a pharmacist with a heart for the church, Bill heard an angel say, "Whom shall I send, and who will go for us" when he was a lay reader and finding himself answering "Here am I; send me," began the wonderful, terrifying, fascinating discernment that led him to the priesthood. 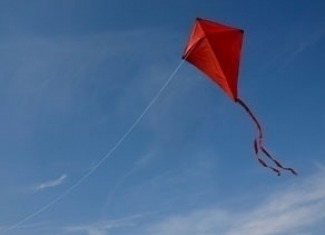