May 2014
Finance and Administration

“I could never look a parishioner in the eye after knowing what they pledge. I’d feel dirty.”

My first capital campaign client was a small parish with a beloved rector who had a remarkable “can do” attitude. That is, until I asked him to review the previous year’s list of pledges and talk with me about potential ways for improving this parish’s giving. He refused; he didn’t want to know.

Recently I asked my fellow consulting colleagues at the Episcopal Church Foundation about how much a clergy should know about pledging to both annual and capital campaigns. They responded quickly, offering varying opinions and experiences.

Frankly, what I wanted was a textbook solution to write a pithy article. What emerged was a nuanced conversation---moving away from easy black and white answers.

The role of shame, of the truth coming to light, is often an expressed consideration from clergy for not learning about parishioners’ pledges. There is concern that parishioners would respond negatively to their priest knowing their giving practices and that the clergy themselves may be impacted by this knowledge.

Charles LaFond, TENS board member and canon steward at St. John’s Cathedral in Denver, responds to this concern:

“I understand that reasoning. I understand it even when your clergy avert their eyes from filthy lucre because they fear their knowledge might change their treatment of their people. Really, it is perfectly okay for clergy to separate themselves from pledges.

“It is ok, that is, as long as the clergy are fired for dereliction of pastoral duty and leadership.”

This strong statement presents the case that informing clergy of pledges fosters opportunities for pastoral care and spiritual formation. Choosing not to use this knowledge is to choose not to engage in holistic care of the parish. A clergy comes to the parish acknowledging each person’s limitations, but choosing to serve within a community of imperfect people.

Jerry Keucher, ECF consultant and priest-in-charge adds, “The right kind of priest will know what people give, and nobody will have a problem with it. If you allow what people give to color your relationship with them, then you're in the wrong business.”

There’s another touchy reason for secrecy of pledging records by both clergy and vestry. This is connected to a leader’s personal shame or desire for face saving.

ECF consultant Sarah Matthews writes, “Sometimes I’ve found it is that the rector is giving little to nothing, and if more people were to see the giving lists, then this might expose him/her. I've known many priests with the attitude that, ‘well, I give my life to the church, I shouldn't have to give money as well.’"

One then questions, “If this theology holds merit, why not talk about it publicly?” ECF associate program director and capital campaign specialist Leslie Pendleton argues that this is where the discomfort emerges. “We link pledging and giving to a spiritual response for all that God has given us, where that is not the ethos of nonprofit boards and managers.”

“I love it when our work can transform a rector’s attitude and relationship to money, because it is a painful thing that NEVER goes away - but when we can't, I am just as happy to know that a congregation is left in a better place because we found someone else with those gifts to lead.”
Andi Tillman, giving consultant.

To successfully lead a parish in either annual giving or a capital campaign, clergy ideally need to:

Andi notes that a particular type of leadership is required when working with finances and that not all clergy possess the gifts and abilities to lead in this area effectively. She writes,

“My experience of community is that it is better to look at the need, and find who God has put in that community to fill it best. God-given gifts are just that - God given. And in my experience, God does not always give them to the rector, but does always give them to someone who can get the job done. The rector is excellent at the things God made him or her to do well. That is the blessings of community.”

Culture: Impact on ability to lead

In addition to individual gifting, Leslie Pendleton writes of the role culture may have on clergy’s ability to fulfill the role:

“I think it is the job of the clergy to educate the congregation as to why he/she should have access to giving records, but that in itself can appear self-serving in a culture of distrust - so first they must work on the culture. Lucky them.”

The role of culture plays a significant part on a clergy’s ability to lead in this capacity. ECF consultant Sue Fornabai notes:

“My experiences have been that leaders lead with the skills and philosophy that give them satisfaction and comfort. Sometimes the rector is not aligned with vestry due to a transition of expectations when compared to leadership who might have called the rector. Possibly the rector has grown into new strengths that do not align comfortably with current vestry expectations!

“I have dealt with many clients who know why the rector should know, and know that it makes sense for the rector to know, but for reasons of a cultural norm usually brought about by something in the past that caused distrust in the area of money, they still prefer to keep the pastor out of it.

“In a perfect world, a rector would be an exceptional preacher, and also be comfortable with the ministry of giving and knowing the levels of gifting. Some of the vestry environments I have worked among display a vestry that drove the gifting process comprised of very strong CEO's who directed the rector. They felt the rector should not know the levels of gifting.”

In the absence of clergy leadership, can a campaign be successful?

There are examples of successful campaigns where volunteer leaders served in this capacity. Terri Mathes, ECF’s program director for capital campaign services, describes a successful initiative where the clergy leadership was adamant about not formally knowing individual pledges. The campaign was highly successful in terms of reaching their financial goal.

She notes, “My experience is that, however much people may claim, “no one knows” about individual giving, that information is in the groundwater. I’ve learned to ask myself if there’s a legitimate reason people don’t want to discuss this? (In this case, the congregation was so physically crowded they were creating psychic spaces wherever they could.) Or, does the lack of discussion create a dysfunction?”

If context, leadership’s skills, and attitude largely impact the clergy’s knowing of individual pledges, then best practices are necessary for ensuring healthy systems.

Erin Weber-Johnson joined the Episcopal Church Foundation as a capital campaign consultant in 2009. In addition to capital campaign consulting, Erin has facilitated diocesan and vestry retreats on annual stewardship and the development of a spiritual ethos for giving. She is also a grants officer at Trinity Wall Street in New York City. She has a masters degree in public administration from New York University. Erin and her husband, Jered, previously served as missionaries of the Episcopal Church, based in Taiwan and now live in St. Paul, Minnesota where Jered is rector of St. John the Evangelist. Erin and Jered have two sons, Jude and Simon-Henri, and are proud to call Minnesota home.

Try This: Does your congregation have a leadership stewardship statement? TENS board member Angela Emerson offers vestries a framework [http://www.tens.org/resources/blog/creating-a-vestry-stewardship-statement] for crafting a vestry stewardship statement in two hours. Take a look. Give it a try. 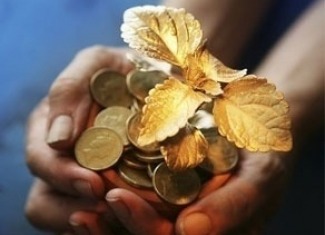