No Saints, No Heros, No Martyrs

It was Lent 2013; Robert’s Rules of Order had worked its penitential magic. A three-hour meeting had been reduced to three arguing voices (mine included). The quiet ones stared at the floor wishing they were home doing their taxes or cleaning their gutters. At the end of the meeting I feared that I was seeing some of their faces for the last time. The quiet were ready to quit the parish council (“vestry” in the States), leave the church, retreat in anger. I ran to the parking lot to intercept the exodus. I promised, in my most authoritative clerical voice, “It is not going to happen again!” They could read my begging subtext: “Don’t leave!” I am sure that they also knew that I was not fully confident that I could fulfill my promise. They had seen many meetings like this one. They had seen five incumbents (rectors) in five years; change was elusive.

But change can happen: At our last council meeting, in Easter 2014, we met for six hours and left feeling energized. The council (we want the council - not the clergy – to speak for the congregation) had crafted a letter to the bishop that read in part: “You will have picked up our enthusiasm. We have experienced a sense of the Holy Spirit working through us and with us, and the experience has left us personally exhilarated.” Ours is a congregation that is more Canadian than charismatic in temperament; in what ways has the Holy Spirit worked through us?

In 2010 the Parish of the Penders and Saturna Islands had three congregations on three small islands. The largest island, North Pender, has a year-round population of about 2,500; the smallest, Saturna about 350. Our parish, now about 45 families, has been in obvious decline for over ten years. Decline created anxieties that played out, mostly in the North Pender congregation, in conflicts over liturgy, financial control, and clergy. At one point the wardens and council asked the bishop to remove the incumbent. Her successor was let go after six months because of budgetary problems. Four years ago I was asked to serve as supply for the summer. By then the parish leaders, many of who were in their late 70s and 80s, were tired. The congregation on South Pender, exhausted, volunteered to attend the services on North Pender and close their beloved chapel. Reluctantly our parish leadership agreed if the parish was to survive there had to be change. Acceptance of the need to change did not make the older leaders any less anxious.

For three years we had been feeling our way through a transition. We had held retreats and cottage meetings. We had already read about affirmative inquiry, communities of practice and parish renewal. The catastrophic meeting of Lent 2013 became a catalyst for the change. We needed to put into play the things that we had already discovered:

Traditionally Anglican/Episcopal churches have relied on heroic leadership. Heroic priests, heroic wardens, heroic volunteers. We have tried to manage by exhortation and moral suasion. As parishes get smaller the heroes, lay and ordained, become exhausted and defensive. Our congregations become discouraged; our communities sour. Parishes with part-time or no clerical leadership create frightful burdens on wardens.

A collective leadership model discourages heroism. A community, by using the talking stick and by focusing on generative issues, becomes engaged in discernment. Such engagement is energizing and spirit filled.

Try This: Are their voices in your congregation that may be silenced because they never get the opportunity to speak? If you find that certain voices dominate every discussion, adopting the practice of using the talking stick (or rock or other object easily seen and held) will make space for others to add their voices to the conversation or discussion. About the authors: This article, although written in the first person is a collaborative effort. The document has been vetted by the parish council, listed here are members of what we call the Generative Team: Chas Belknap is a priest from Los Angeles, retired to Salt Spring Island in British Columbia and serves part time at the Parish of Pender and Saturna Islands. He fancies himself a community organizer. Jane Morley is a lawyer/mediator with a background with the Truth and Reconciliation Commission, Canada. Judith Rees Thomas has an MDiv, a background with the United Church, and is a spiritual director. Michael Butler, a member of both our Anglican church and a United Church parish in Vancouver, is a lawyer and was involved at many levels with the Canadian Federal Government. You can find more information about The Parish of Pender and Saturna Islands by checking out PenderandSaturna.org. We are drafting a Parish Operation Manual and invite the reader to make suggestions and contributions. 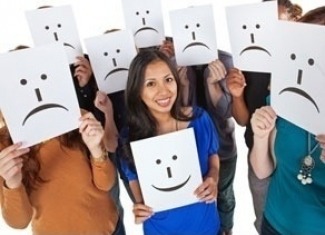