Are You Leading a Zombie Parish?

Leadership teams are invited to take this ten-item quiz to discover whether your church is undead.

In case you haven’t noticed, zombies are becoming more popular these days. Gone are the old-time zombie movies with their slack-jawed, shuffling zombies. Nowadays the undead are appearing in zombie action movies, zombie romantic comedies, and zombie Bollywood flicks.

Zombies have even made their way into business literature. Companies and non-profit organizations that are operating but not growing have come to be called Zombies, because they are in a state of limbo – not dead, yet not exactly alive either – and because they maintain their undead existence by draining resources away from healthy organizations.

So what about zombie churches? Could there be congregations in which the individual members were alive, but the congregation as a whole was undead, having lost both the desire and the capacity to grow? It’s not just possible but true. By the standard just articulated, a significant portion of our churches (perhaps even a plurality) could be classified as zombies. In fact, churches may be more at risk of becoming zombies than other kinds of organizations, because they can blind themselves to their condition by convincing themselves that their lack of change and adaptation to new contexts is due to the strength of their traditions. And they can often maintain their undead existence for decades by consuming their own endowments and/or denominational resources that might otherwise go to healthier congregations.

Are you leading a zombie church? Take this ten-question quiz and find out…


7. The vestry (or board) has asked itself why your church exists at least once in the last three years.
a. True. Yup. I’ve heard that asked…answered, too.
b. Uncertain. I don’t really know.
c. False. I don’t think so. Why would they do that?


8. The vestry (or board) has asked why a ministry or program exists at least once in the last year.
a. True. Indeed, the vestry regularly asks that question.
b. Uncertain. I don’t recall. Maybe it was at one of the Vestry meetings I missed.
c. False. Wow! That would be awkward. I think not.


9. The vestry (or board) has purposefully allowed at least one program or ministry to end and reported to the congregation what they have learned from the experience within the last three years.
a. True. Yes. I remember when they “retired” the [insert name here] program.
b. Uncertain. I couldn’t tell you.
c. False. Not on my watch!


10.The average active participant in the congregation can describe in one or two sentences the congregation’s vision/mission.
a. True. Yes. I hear it every Sunday.
b. Uncertain. I’m not sure.
c. False. Nope. Don’t think I’ve ever heard it spoken. What was that slogan?


Okay. You’ve taken the quiz and found out you’re leading a zombie church or a church that’s at risk for becoming undead. What do you do now?
Neither condition is easy to deal with. But stretching our zombie metaphor just a little further, clearly a church that is at risk for going zombie would be a lot easier to deal with than a church that has already become Undead. After all, a church that is “merely” at risk still has a mind capable of critical thought. But by “definition,” a church that has actually gone zombie no longer has a functioning mind and has therefore lost the capacity for independent thought and with that the capacity for self-critical reflection.

If your church is merely at risk of becoming infected with undeadness, you may be able to engage the congregation’s critical faculties by having the members of your vestry or board take the same quiz you just did, then engaging them in a discussion of what they make of their scores. While the quiz is admittedly somewhat tongue-in-cheek, engaging your leadership playfully on issues such as these may gain a lot more traction than a more somber approach. After all, while it may really piss you off first, knowing the truth will ultimately make you free (John 8:32).

Dealing a church that has already joined the ranks of the undead is an infinitely greater challenge. Just as Hollywood zombies do pretty good jobs of emulating many activities of the living, a zombie church can also do a more than halfway-decent job of imitating healthy church life: often good enough to lure in the occasional non-member, and generally good enough to convince its own leadership and membership that a healthy, friendly, welcoming congregation. They may have even convinced themselves that they want to grow (but just can’t seem to figure out why they don’t). More often, however, they may be found employing rationalizations like, “Growing in number is not the only kind of growth: growing in depth is valid, too.” Not that there’s anything wrong with growing deeper. It’s just that actually deepening one’s relationship with Christ usually translates into a deeper encounter with Christ’s transforming love, which is usually marked by a natural desire to share that love with others.

When a church becomes so thoroughly convinced by its own rationalizations that it no longer retains the capacity for self-criticism, the only recourse may the proverbial “bullet to the head.” Once in a while, a zombie church, as it grows closer to actual death, may benefit from the salutary effect of staring death in the face. Occasionally, this insight, combined with new leadership at the helm, may be capable of beginning the long road back to health. I’ve seen it happen, but it is rare. Unfortunately, many zombie churches would rather die than change. And if this is the case, the only options left are either: (a) let it “live” until it depletes the last of its own (a perhaps other’s) resources of time, talent, and treasure, or (b) put it out of its misery now while sufficient resources remain to start a new church or invest in the living in some other way.

Daunting, right? Yet I can offer two rays of hope: Question #7 and a lot of prayer. If you can help your church remember WHY it exists – its reason for being – its first love – the Truth that can make it free – there may be a chance to come back from the brink. And prayer because, as Jesus said, “This kind can come out only through prayer” (Mark 9:29).

Try This: Take the quiz! I wrote it with tongue firmly in cheek, striving mightily to emulate the elegant Cosmo Quiz style. My intent was to use humor in a healthily subversive way, to slip a serious issue past the defenses we church leaders always seem to have in great quantity. I freely admit that this issue is more complex than a 10-question quiz could ever hope to explicate. I mean, it would take another 20 questions just to address the role dioceses and other adjudicatories play in the creation, care, and feeding of zombie churches, for heaven’s sake. Still, if I have given you even a little something to think about, I will be content. Even in small doses, critical thinking prevents zombie brains.

Ken Howard is the author of Paradoxy: Creating Christian Community Beyond Us and Them (Orleans, MA: Paraclete Press, 2010), the founder and director of The Paradoxy Center for Incarnational Christianity at St. Nicholas Church, and the rector of St. Nicholas Episcopal Church in Germantown, Maryland. St. Nicholas Church was the first successful church plant in its diocese in nearly forty years. Growing steadily since its start in 1995, it is in the top third of diocesan congregations in size and the top 5% in per capita giving. Ken’s blog, Paradoxical Thoughts may be found at PracticingParadoxy.com. 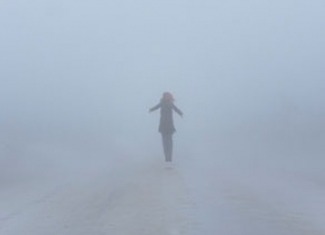