Several years ago, the small Episcopal congregation in the town of Creede, population 400, located in the mountainous Southwest corner of the state, lost one of its cornerstone families to death and illness. At the time, Jan Jacobs, a member and lay leader there, feared their church would not survive another ten years. The small church only offered church services twice a month, making it difficult for locals to know when to come, let alone summer tourists and those from neighboring communities. Today, Jacobs is a lay pastoral leader at St. Augustine and works alongside leaders of two other congregations who share a full-time clergy person. She helps to lead services when the clergy person is not there – so St. Augustine now has church every Sunday, including a new Celtic service once a month – and their membership is growing.

In many parts of rural Colorado, as in Creede, where congregations and communities are small, creative models for ministry involving lay leadership and shared clergy have been growing and thriving for the last several years. In these communities, there are many obstacles to hiring and keeping a full-time clergy leader – from costs, to available housing, to the size of the congregation. However, these are often congregations that while small are vibrant, important parts of the community.

For these congregations, rather than face the expected choices of either expanding the congregation or closing it, the Office of the Bishop, alongside regional leadership and the Commission on Ministry in the diocese, have established a new model for ministry that includes ordained clergy who serve more than one congregation and travel between them, and licensed lay ministers who provide day-to-day leadership and who lead services in between the clergy visits.

Jacobs and St. Augustine in Creede were part of the first such partnership in Colorado, which was formalized with an addition to the diocesan canons in 2007. This partnership also serves the small mountainous communities of South Fork and Monte Vista. Jacobs says this mode of ministry has been “very, very good” for St. Augustine, and “extremely rewarding” for her personally. St. Augustine’s has not only survived, it has become more engaged in ecumenical work in the community, and just this past weekend, blessed new stained glass windows in its sanctuary. Thirty-five people came to that blessing, a number Jacobs says was unthinkable ten years ago.

Mary Hendricks serves as rector for one of the diocese’s newer partnerships, made up of two congregations 60 miles apart on the eastern plains of Colorado. To add another layer of complexity, one of the congregations is an Episcopal-Lutheran congregation. Hendricks says that the fact that she travels physically between the two places necessitates both that the congregations be fairly independent, and that she be clear about what each place really needs from her at any given time. “I do not always know everything that is going on - and they do not know about everything I am doing each and every day,” she says. Moreover, she points out that the time and distance constraints mean “there is also a need for clarity on my part regarding what I bring to the two communities I serve and the ways in which I can and do contribute to the ministry that is already taking place within the two churches.”

Hendricks says this is a “striking contrast” to previous situations she has served in where people relied on the clergy to get things done. She also says that this degree of lay involvement means that more of her role is about teaching and empowering lay people to take on tasks and roles within the congregation, and also to understand what the healthy and appropriate limits of their ministry area.

In these congregations, lay pastoral leaders function as the day-to-day leaders and administrators of the congregation. They are licensed through the Office of the Bishop, according to the Canons of both The Episcopal Church, and the diocese. They undergo training with their local priest or partnership vicar, and then through the Office of the Bishop, and finally, in some cases through their own independent reading and study in a variety of areas, from Holy Scripture to liturgy to the polity of the Church. They also receive leadership training and support through the canon missioner for the diocese, Lou Blanchard. It is not a small commitment.

But, it is this extensive training and formation that Jacobs says has been so valuable for her personally. She grew up in another small community in Colorado, where church was just the service on Sunday, without additional teaching or Bible study. “Through all this preparation,” she says, “I have really grown as a Christian.” She says she has learned about her faith, and thought deeply about worship and what makes it meaningful. She has also become more involved with other churches in Creede, and their work together. “It has been extremely rewarding to me,” she says.

Jacobs also believes that her leadership as a layperson has trickled down to the rest of the congregation. “When more lay people are involved,” she says, “Their experience of church expands.”

In these smaller churches, the model and goals for ministry are often different than they are in other church communities. Because these are churches in smaller or remote communities, there is not necessarily an expectation or hope for growth, though growth is certainly welcome. The congregation’s role in the community becomes the focus. In many communities, these congregations share ministry and gather with other faith communities in their areas. Last year one of these smaller partnership churches offered a Lenten series on prayer that was well attended both by Episcopalians in the community, but also by people from the neighboring Catholic and Methodist congregations. That experience led to conversations between all the churches about ways they can continue to collaborate.

One of the other products of these ministry partnerships is that the congregations who share clergy often become more connected to each other than they would otherwise be, and the small congregations have formed other groups and alliances to share ideas about these ministries. Jacobs said that when one of the congregations in their partnership was without a lay pastoral leader, the other two lay leaders pitched in and traveled there when they were needed. Through Blanchard and the Office of the Bishop, the diocese convenes small church conferences periodically and at different locations around the state so that all the leaders involved in these partnerships – lay and ordained – can gather to share ideas and stories.

Blanchard in turn shares these stories of creative and resilient ministry with all the congregations she works with around the diocese, so larger congregations can learn about distributing leadership, collaborating with other congregations and organizations, and thinking creatively about who and what the church really is.

Try This: Who are the leaders in your congregation? Are they confined to a small group or is their broad participation from the congregation? This leadership development chart (NOTE: the site where this was provided has been taken down, but we hope to provide this again soon) can help you visualize the ratio between leaders/committee members and the broader congregation. After you place the number of members in each ring of the chart, ask yourselves: Who could be invited into a leadership role from one of the outer rings?

Beckett Stokes is the director of communications for the Episcopal Diocese of Colorado.

Resources --- Please note: The website for the Congregational Development Institute was taken down. We hope to provide these resources, but for now have taken down the links. 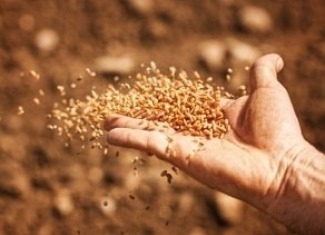