Even with one of its historic stone walls in danger of falling down, things are looking up at Christ Episcopal Church in Montpelier, Vermont.

In February 2014, Christ Church learned it was one of five Vermont Episcopal Churches selected to participate in the Strategic Investment for Sacred Spaces program, a partnership between the Episcopal Church in Vermont, the United Church of Christ in Vermont, Partners for Sacred Spaces, and the Preservation Trust of Vermont. Underwritten in part by The Lilly Endowment, the program will help Christ Church rebuild and renovate their historic and sacred church.

This designation came about, in part, because of the work begun several years ago following the retirement of a rector who had served the congregation for 20 years. Taking advantage of an opportunity to explore different ways of being a congregation, members of Christ Church moved towards a mutual ministry model, adopting a leadership style more collaborative than hierarchical.

What developed during this process was a call for a new, three quarter time priest. This ‘priest in partnership’ would partner with the vestry to lead the congregation with the lay members setting the agenda and leading all vestry meetings.

Why are we here, where are we going, and how will we get there?

These were the questions considered by the Congregational Life Focus Group at Christ Episcopal Church in Montpelier, Vermont. Formed in 2012, soon after the congregation called Paul Habersang as their new priest in partnership, this group – and process – was the result of the congregation’s exploration, with diocesan support, of new models of leadership. The Episcopal Church in Vermont, a senior partner of Living Stones, is an advocate for collaborative leadership and in 2012 committed itself to Stirrings of the Spirit, a three-year strategy to discern where the spirit is calling us through exploration of new understandings and expressions of what it means to follow Jesus in a rapidly changing world.

For nine months, the nine people in the focus group engaged in an in depth conversation about what it means to be a cathedral in a capital city and to be a good neighbor in their downtown location. They talked, they listened, they prayed. They gathered their findings and shaped them into a purpose, vision, and strategy statements, which they presented to the vestry in April 2013. The result? The adoption of a purpose, vision, and strategy document that invites the entire congregation to share responsibility for “inviting, empowering, and supporting a creative, nimble, and diverse community of seekers who expand and nurture our vibrant life of discipleship.” It also recommits the church to “becoming/continuing/expanding” its historic role as a good neighbor in downtown Montpelier.

Rather than being the end of the process, the adoption of this document strengthened and expanded the congregation’s practice of creating flexible ministry teams to address specific issues or concerns. Following a model encouraged by the diocese, these ‘centers of creativity’ bring three to five members of the congregation together to pray, discuss, and recommend action to the vestry. Groups look to the purpose, vision, and strategy document for guidance and direction.

In the fall of 2012, Christ Church was invited, along with other Montpelier based state and city offices, businesses, and organizations to consider becoming a partner in the city’s alternative source heating district. The buy-in cost? $80,000.

The vestry called a center for creativity group to consider this option and make a recommendation. Looking to their purpose, vision, and strategy document, the group explored and wrestled with this opportunity, weighing the congregation’s commitment to stewardship of God’s creation and their Montpelier community and the critical need to address the $2 million worth of capital expenditures needed to stabilize the deteriorating church building. Their recommendation to the vestry: A regretful, not at this time.

And then the unexpected happened: Christ Church received an anonymous donation of $40,000 specifically given in support of the district heat project. The vestry contacted the Center for Creativity group with this new information and asked them to reconsider.

The result? The group revisited their decision and after conversation and prayer, recognized that this gift allowed the church to be both a good neighbor and a good steward. They recommended the congregation become part of the alternative energy program, using the $40,000 gift and taking on debt, to fund their buy in. The vestry agreed.

One Thing Leads to Another

A centerpiece of Christ Church’s campus is the courtyard, a swath of green lawn open on the street side. It’s a place where people gather to sit or eat lunch during the workday or to enjoy the church’s summer Brown Bag Concert series or other outdoor events. Like the rest of the campus, it’s been in need of repair.

Digging up the courtyard to lay the connector pipe from the heat plant to the church was a consequence of the church’s decision, moving the renovation of the courtyard from ‘someday’ to this summer. Again, donors came through with funds and with the generous support of many contributors – including some downtown neighbors, Christ Church is able to make some necessary improvements to it’s safety, structure, and appearance.

Paul Habersang and others in the congregation believe that the ‘outward and visible signs’ of their new approach to leadership played a key role in their being invited to participate in the Strategic Investment for Sacred Places initiative. While the church itself – a stone building built in 1868 – has serious structural issues, Paul believes that the decision making process used by the congregation in determining their support for both the joint energy program and the courtyard renovation, helped Christ Church stand out from other candidates.

Longtime member Angela Simpson says, “I love the priest in partnership model. I have loved watching Christ Church revive in the past two years. I love the way you can feel the spirit of the place stretching and changing.”And, returning member Cynthia Steed offers, “I recently moved back to Barre Town and started to come back to Christ Church. To my delight the new model with Paul Habersang as priest in partnership was exactly the tonic I needed to feel at home and vital in church again. The Spirit has once again filled me and the feeling in the community seems so much more alive, caring, and vital. A great lesson for all to participate and BE the church as a worshipping, working, praying, and rejoicing member of a lively parish.

“I feel so blessed to be a part of this new awakening.”

Try This: When Christ Church’s Congregational Life Focus Group was tasked with discerning their purpose, vision, and strategy, they relied on Anthony Robinson’s book Changing the Conversation. Robinson’s recommends groups start by gaining an understanding of the change and challenge the congregation faces. He suggests groups answer what he considers to be the key question: What is the nature of the situation we find ourselves in? Robinson advises groups to avoid falling in the traps of thinking (1) they are the only ones in this situation and (2) that somehow they are to blame. These are both rabbit holes that keep you from getting an accurate picture of the reality you face. Instead, remember God’s promise of resurrection and trust that by recognizing and understanding our challenges, we have a better chance of responding to them. 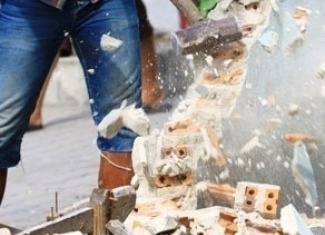