What signals is your congregation putting out? Who is receiving them? Do your signals mean anything to the people you want to reach?

By signals I mean communications that will be picked up by people around your church who have never investigated your worship services. Not websites, greeters, guest books, good visitor follow-up, lively coffee hour, user-friendly bulletins, great music, creative Sunday school.

I mean signals that suggest to the random passer-by that our buildings are a church; a particular sort of church, with a set of values and purposes, open to a particular range of people... Signals that go out over the grapevines and networks that exist in your community, and result in people being aware that your church is there, and it is open to new life.

I often tell people that every single thing that is interesting and new at St. Mary’s has come to us. We didn’t create any of it. The new life and most of the new people are straight up gifts from God. I honestly and truly believe this. And I am grateful.

But...there are ways that St. Mary’s has signaled to God and to the neighborhood that we were ready. It’s kind of hard to know which signals have actually worked, and how. Some were really shots in the dark, others based on some sense of where we were and who was there with us.

Lots of our signals are still problematic: They are mostly invisible to our neighbors and when visible, not very informative. Our all-English signs, in a neighborhood where English ranks #3 at best, is just one example.

But we do seem to have managed to send some signals that have worked.

Signals We’ve Tried, and How They’ve Worked (or not!)

The use of our space was an early signal. For more than a decade we’ve rented space to a Head Start preschool and an ESL class, signaling an interest in the children and families of our community. First one, then two community gardens beautified our space, and broadened our contacts with our neighbors.

Starting a service in Spanish seemed to the congregation like a huge signal, but the Spanish service never got much traction on the local grapevine. It did, however, establish a few key leaders who have served as bridge people now that we are attracting more Latino newcomers.

Once we started to pay attention to how our signals were – or weren’t – working we discovered that most of those preschool families didn’t even realize their kids were going to school in a church… Even the families in our community garden weren’t at all sure the church would have anything to offer them. They thought the services might all be in Korean, having seen our English-speaking Japanese-American members and making several incorrect assumptions.

We realized that we needed overtly religious signals, and ones with cultural overtones that spoke to the population of the neighborhood.

Our most visible religious signal is an image of the Virgin of Guadalupe -- a small shrine in an outdoor prayer space in front of the second of our two gardens. We created the shrine because it was an image of Mary that tied to the patron of our church in terms that we thought would make sense to the neighbors. We noticed that a Guadalupe shrine a mile or so away attracted daily prayer and devotion from a wide variety of neighbors.

Our Guadalupe experiment has been pretty cool. Especially around her feast day, the Virgin shows off quite a few signs of her visitors -- small offerings, photos, decorations, potted plants, cut flowers, candles. Clearly our neighbors are praying. We hope that when we replace the faded original image with a new and beautiful mosaic, our neighbors will understand it as an offering for the greater spiritual good of the neighborhood.

We have also sent some verbal signals, describing our vision to people who we meet from the neighborhood, asking for suggestions, asking for help. Whenever someone comes to inquire about using our space, we lay out our basic identity and vision, and ask them to contribute in some way.

Some of our best signals now come from the newest people to arrive at the church -- visible and audible activities that connect with local culture. A band practices sacred music in a style the neighbors know and love, members of a local hometown association keep the church open during the week so that people can pray and tend to the statue of the town’s patron saint, which now lives in our sanctuary.

Slowly, the word is getting out. We are here. People still puzzle over what sort of church it is, exactly, and wonder how wide the boundaries of cultural acceptance really are. But they are more likely than ever in recent years to find a way to pop their heads in and take a look for themselves.

As fewer and fewer people set out to “find a church,” the fabulous worship and programs and formation and education and hospitality of your congregation do not constitute first-level signals. Many of our traditional signals mean less and less to fewer and fewer people -- those cute “Episcopal Church welcomes you!” signs and red doors spring to mind. Some of our signals unconsciously communicate exclusivity and rigidity. Lack of intentional signaling is a signal in and of itself.

Signals are highly contextual. To be effective, they require real knowledge of the people around you.

What do you want to communicate? Do your signals match that desire?

Try This:
What signals is your congregation putting out? Create a list, then consider the following:

Anna Olson lives and works in the diverse Koreatown neighborhood of Los Angeles, serving since 2011 as rector of Saint Mary’s Episcopal Church, Los Angeles’ only historic Japanese-American Episcopal church. Her interests and expertise in parish ministry include working with historic congregations to connect with the needs and gifts of new neighbors; developing models for multilingual and inculturated liturgy; liturgy in public spaces; and opening space for marginalized communities to reshape and revitalize the church. She has a partner and two daughters, is fluent in Spanish and holds a second-degree black belt in taekwondo.


Don't miss an issue of Vestry Papers! Sign up for your free subscription here. 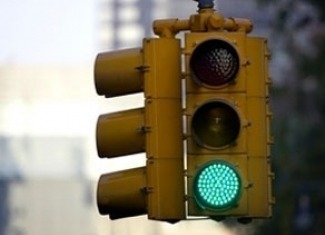